Vaccines Effective Even Without Post-Shot Symptoms or Prior Infection 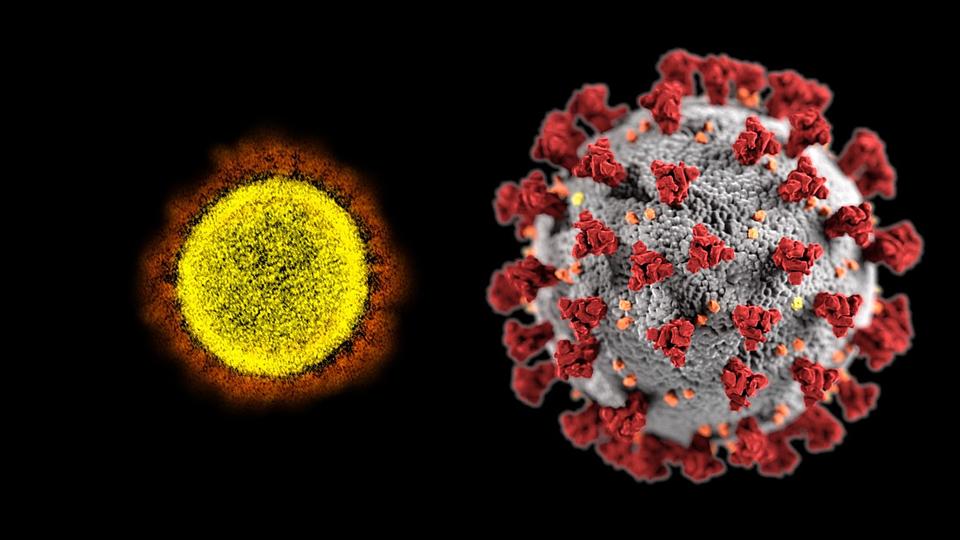 Transmission electron micrograph of a SARS-CoV-2 particle (left) alongside a model of the virus (right). Johns Hopkins Medicine researchers have shown that mRNA vaccines against SARS-CoV-2 are effective even if a person does not experience post-shot symptoms or had a prior COVID-19 infection. Credit: Both the micrograph and the model are courtesy of the National Institute of Allergy and Infectious Diseases, National Institutes of Health

Vaccination with the two messenger RNA (mRNA) vaccines for SARS-CoV-2, the virus that causes COVID-19, yields a robust antibody response, even if a person did not develop significant symptoms following vaccination or did not have a prior SARS-CoV-2 infection. That’s the key finding from a recent study of nearly 1,000 health care workers in the Johns Hopkins Health System who received two doses of either the vaccine manufactured by Pfizer/BioNTech or the one produced by Moderna.

The two mRNA vaccines evaluated in the study introduce the body’s immune system to S1, a protein subunit that’s a component of the spikes found on the surface of SARS-CoV-2. The spikes enable the virus to latch onto healthy cells and infect them. Immunoglobulin G (IgG) antibodies, elicited by S1 from the vaccines stimulating the immune system, neutralize the virus particles, preventing infection by SARS-CoV-2, or at least, reducing the severity of the disease.

“It wasn’t known if a lack of symptoms following vaccination or prior SARS-CoV-2 infection would indicate a less-than-adequate antibody response in people who received either the Pfizer/BioNTech or Moderna vaccines, so we studied an available group of staff from our hospital to see if there were any connections,” says study senior author Aaron Milstone, M.D., M.H.S., associate hospital epidemiologist at The Johns Hopkins Hospital.

The researchers recruited 954 Johns Hopkins Medicine health care workers who had received both doses of either the Pfizer/BioNTech or Moderna vaccines, including some who had a known prior SARS-CoV-2 infection. Infection was defined as having a positive SARS-CoV-2 polymerase chain reaction test result prior to 14 days after a second vaccine dose or a high IgG antibody count against S1 prior to vaccination. Participants self-reported symptoms following vaccination as none, mild (injection site pain, mild fatigue or headache) or clinically significant (fatigue, fever or chills).

Regardless of symptoms, nearly all participants (953 of 954, or 99.9%) developed spike IgG antibodies 14 or more days following the administration of the second dose. The one person who did not have IgG antibodies was taking an immunosuppressant medication.

Factors that were independently associated with higher median IgG levels (after adjusting for time following the second vaccine dose) were reporting of clinically significant symptoms, age younger than 60, being female, receipt of the Moderna vaccine and prior SARS-CoV-2 exposure.

“The findings suggest that either spike mRNA vaccine will work well against SARS-CoV-2, even if a person doesn’t experience symptoms after vaccination or if they had a prior infection by the virus,” says study lead author Amanda Debes, PhD., assistant scientist in international health at the Johns Hopkins Bloomberg School of Public Health. “This should help reduce anxieties that the vaccines will be less effective in either situation.”