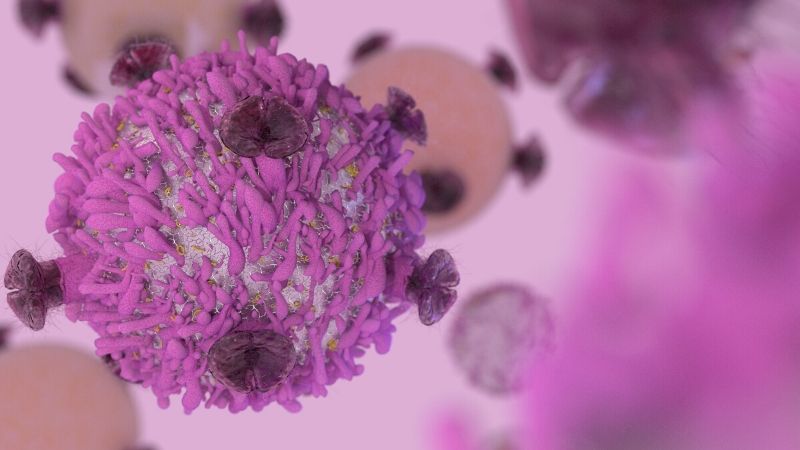 Research led by scientists at the Johns Hopkins Kimmel Cancer Center report they have identified a set of molecular markers linked to a chemical process called methylation that may help predict the risk of cancer recurrence within five years for patients with triple-negative breast cancer.

Although the study confirmed the researchers’ hunch that higher levels of methylation would be associated with earlier recurrence and worse outcomes for patients, the findings did not distinguish specific levels of methylation or specific methylation markers that could be used to personalize a given individual’s treatment, says study author Christopher B. Umbricht, M.D., Ph.D., associate professor of surgery, oncology & pathology at the Johns Hopkins University School of Medicine and a member of the Johns Hopkins Kimmel Cancer Center.

In a report of the findings, published in the January 31 issue of the journal npg Breast Cancer, he noted that the results may support physicians decisions to manage patients with less aggressive disease more conservatively and trigger earlier treatment for those with more aggressive disease.

Triple-negative breast cancers (TNBC) represent 15% of all breast cancers, are more aggressive, and have poorer survival rates than other types of breast cancer. They are so named because they do not express hormone receptors for estrogen and progesterone and do not overexpress the HER2 protein receptor, making these tumors resistant to drug therapies that target these hormones and HER2.

Overall, about one-quarter of TNBC patients will have their cancers recur within five years after localized treatment with surgery or radiation, but in contrast to hormone receptor-positive breast cancer, where molecular risk prediction is well established, physicians currently lack accurate tools to identify which patients specifically are at greatest risk of recurrence.

In a bid to identify high risk molecular markers in TNBC, the researchers examined breast cancer tissue from 110 TNBC patients from archival tissue repositories at Johns Hopkins University, University of Iowa, and Duke University to look for the biological footprints of DNA methylation, an epigenetic process that can chemically silence tumor suppressor genes, and has been well-documented across many types of cancer.

The researchers identified a set of such molecular markers in which higher levels of methylation were associated with a greater risk of fiver-year recurrence of TNBC as recorded in patients’ medical records following local/regional treatment without chemotherapy.

The top 100 best performing markers were then evaluated for their predictive abilities in a set of 49 similar patients enrolled in the International Breast Cancer Study Group (IBCSG) trials VIII and IX who also received no follow-up chemotherapy; and a set of 121 patients who did receive follow-up chemotherapy, collected from both the institutional tissue repositories and the IBCSG trials. In both validation sets, higher levels of methylation at these markers were associated with significantly worse five-year recurrence rates.

The researchers noted that study patients appeared to benefit from chemotherapy across the entire range of their methylation levels, results that support the current, standard practice of recommending chemotherapy to all TNBC patients, Umbricht says.