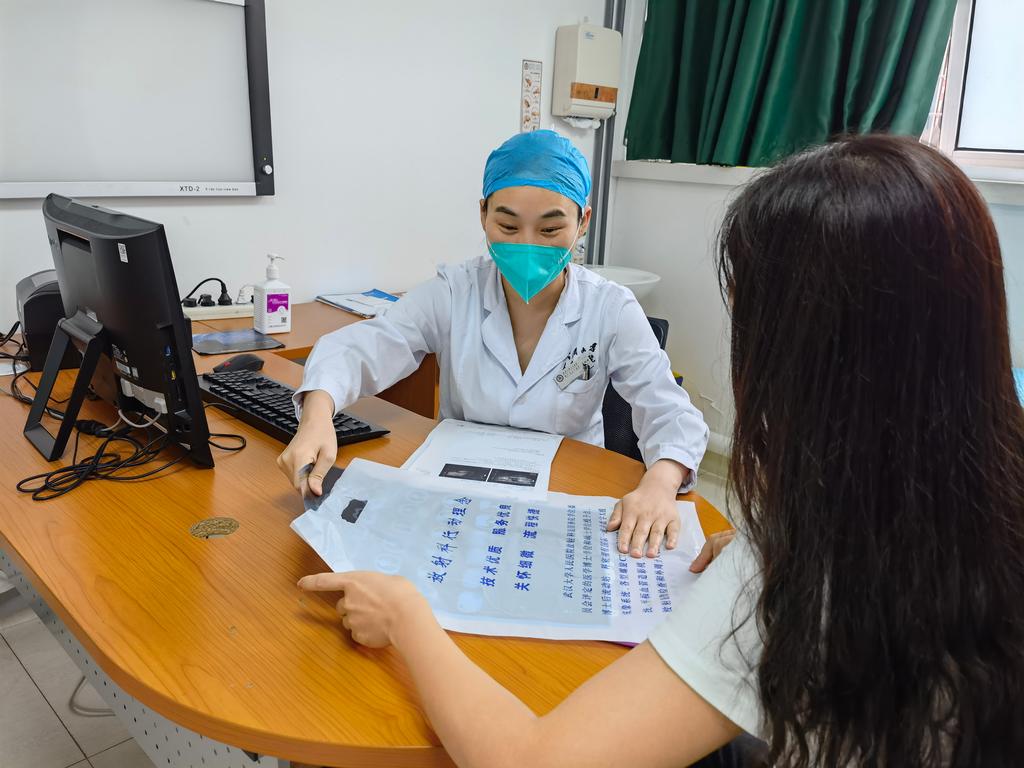 A novel laboratory test in development by researchers at the Johns Hopkins Kimmel Cancer Center may be used to help quickly distinguish breast cancer from benign disease. The breast cancer detection assay (BCDA) examines cells from enlarged lymph nodes in the armpit adjacent to a breast and finds chemical markers that indicate metastatic breast cancer or a benign condition, such as an infection.

If validated in larger studies, this test could be used in outpatient settings to help providers more quickly determine the extent of disease and more effectively design treatment plans.

BCDA measures DNA methylation — a chemical alteration in DNA that can be an indicator of cancer — in 10 tumor-specific genes from fluid aspirates of the breast lesion and, in this study, the enlarged lymph node. It returns results within five hours and consists of a GeneXpert system that runs cartridges tailored for polymerase chain reaction (PCR) diagnostics. The automated cartridge-based test being studied detects trace amounts of genetic material, and is accompanied by a computer pre-loaded with software to analyze the data. It has three cartridges that hold chemicals to detect methylated DNA from fluid obtained from the patient’s breast growth or lymph nodes.

A report on the research was published online July 7 in NPJ—Breast Cancer.

Johns Hopkins Medicine researchers collaborated with investigators in China and from Cepheid, a company that specializes in cartridge-based diagnosis, to evaluate the test’s ability to detect cancer in the fine needle aspirate (fluid) of enlarged lymph nodes. They first applied the test to fine needle aspirate samples from a clinical study conducted in China of 218 patients (108 found to have cancer and 110 found to be benign) having sentinel lymph node biopsy. The sentinel node is the first lymph node to which breast cancer is likely to spread. The surgeon injects a dye into the breast lesion to find the sentinel lymph node, which is the first to turn blue. During sentinel node biopsy, this lymph node is removed and studied for the presence of cancer cells. The BCDA test identified cancer with nearly 91% accuracy and benign disease with 99% accuracy, and it was better than cytology — the search under a microscope for breast cancer cells in sections of the lymph node.

Understanding lymph node status is an important factor in developing breast cancer treatment regimens because it can indicate possible metastasis, or cancer spread, says senior study author Saraswati Sukumar, Ph.D., Barbara B. Rubenstein Professor of Oncology and professor of pathology at the Johns Hopkins University School of Medicine. Various imaging tests including ultrasound, mammography and MRI can provide some information on axillary lymph nodes prior to surgery to aid in staging and treatment. However, the accuracy of these techniques can be relatively low. Cytology and histopathology, a more in-depth study of cells and tissue under a microscope, depend on the expertise and availability of a pathologist, which are often not common in middle and low income countries.

“A simple test with a high level of sensitivity and specificity as well as a quick turnaround time for accurate determination of a suspicious lymph node as benign or positive for cancer is urgently needed,” Sukumar says. “BCDA can provide results within a few hours of the fine needle aspiration procedure, reducing time to diagnosis.” She adds that test results also could be used to determine which patients with breast cancers need to have more invasive lymph node dissection measures.

“This test could be a really great adjunct to the detection of breast cancer,” Sukumar says. “The assay is self-contained and the answers are derived from a computer, so any technician, with a little training, can do it.”

A blood test has also been developed based on the same principles. Additionally, investigators plan to evaluate both the cell based and blood based tests in identifying colon, pancreatic and cervical cancers.