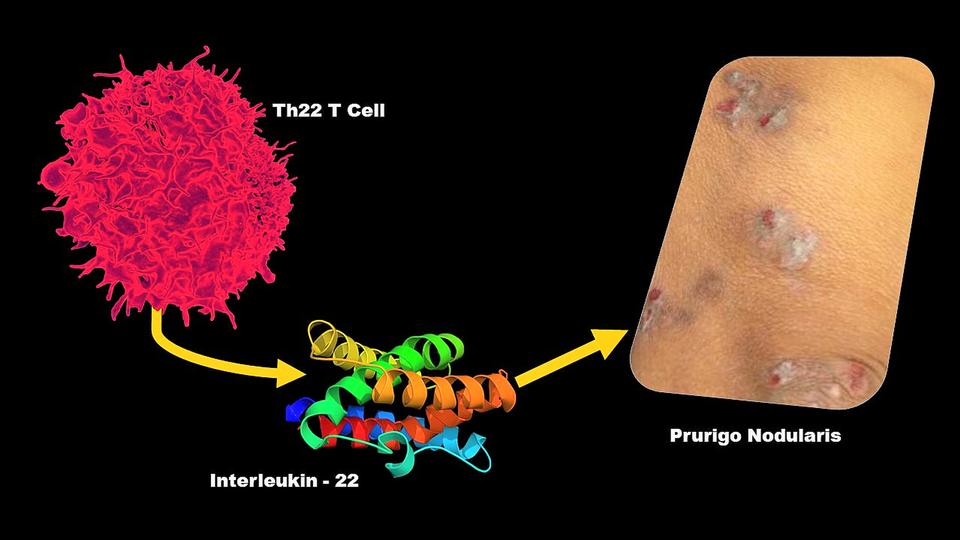 Although it was first reported in 1880, there has been little research conducted on prurigo nodularis (PN), an inflammatory chronic skin disorder characterized by firm, intensely itchy nodules that appear across the arms, legs and torso. PN disrupts the sleep and quality of life of those afflicted, and while its cause is largely unknown, it’s often linked to additional health complications such as cardiovascular disease, chronic kidney disease and type 2 diabetes. It also disproportionately affects African Americans.

Unfortunately, PN does not have any U.S. Food and Drug Administration approved therapies. However, as a result of new research from Johns Hopkins Medicine, more is now known about the underlying causes of this condition and its associated diseases — insight that could pave the way for new treatments.

In their study, first posted online March 22, 2021, in the Journal of Investigative Dermatology, the researchers looked at the relationship between skin cell messenger RNA — genetic material that directs cells to make proteins — and molecules circulating in the blood that mediate systemic inflammation, to identify potential causes of PN.

Such research is vital, says Shawn Kwatra, M.D., assistant professor of dermatology at the John Hopkins University School of Medicine, because PN is “tremendously understudied” compared with other inflammatory skin conditions, such as psoriasis, which has multiple approved therapies.

“There is an urgent need to better understand the development of this condition, which greatly impacts the lives of patients, causing unbearable itch, sleep disturbance and psychosocial distress,” he explains.

To provide new data that might enable targeted therapies, Kwatra and his colleagues focused on the connection between systemic inflammation in the blood and the skin. Specifically, they discovered that circulating blood CD4+ T lymphocytes — known as helper T cells because they enable the immune system to adapt to different conditions — and CD8+ T lymphocytes — commonly referred to as killer T cells because they seek and destroy infected or damaged cells — secrete increased levels of interleukin-22 (IL-22), a protein (known as a cytokine) that causes skin inflammation, thickening and scarring. IL-22 also has been shown to be associated with type 2 diabetes in patients.

The researchers found IL-22 secretion by a subset of CD4+ T cells known as Th22 cells resulted in a “downstream” increase of chemical signaling throughout the skin that mediated inflammation leading to PN. The research team used a technique known as gene set variation analysis to show that these Th22 cells are part of a very dysregulated immune pathway (a disruption in the normal balance of the immune system often leading to overactivation) and correlated most strongly with the itch intensity reported by patients with PN.

“This study provides direct evidence that PN is a systemic inflammatory disorder, with circulating blood inflammation serving as a link between skin disease and other comorbidities, such as insulin resistance and high blood pressure,” says Kwatra. “Identifying the links between chronic itch conditions and other underlying health issues shows us that it is important for patients with PN to get treated early so the systemic inflammation does not contribute to the development of more serious health issues.”