The research discussed in the article was funded in part by the ICTR. 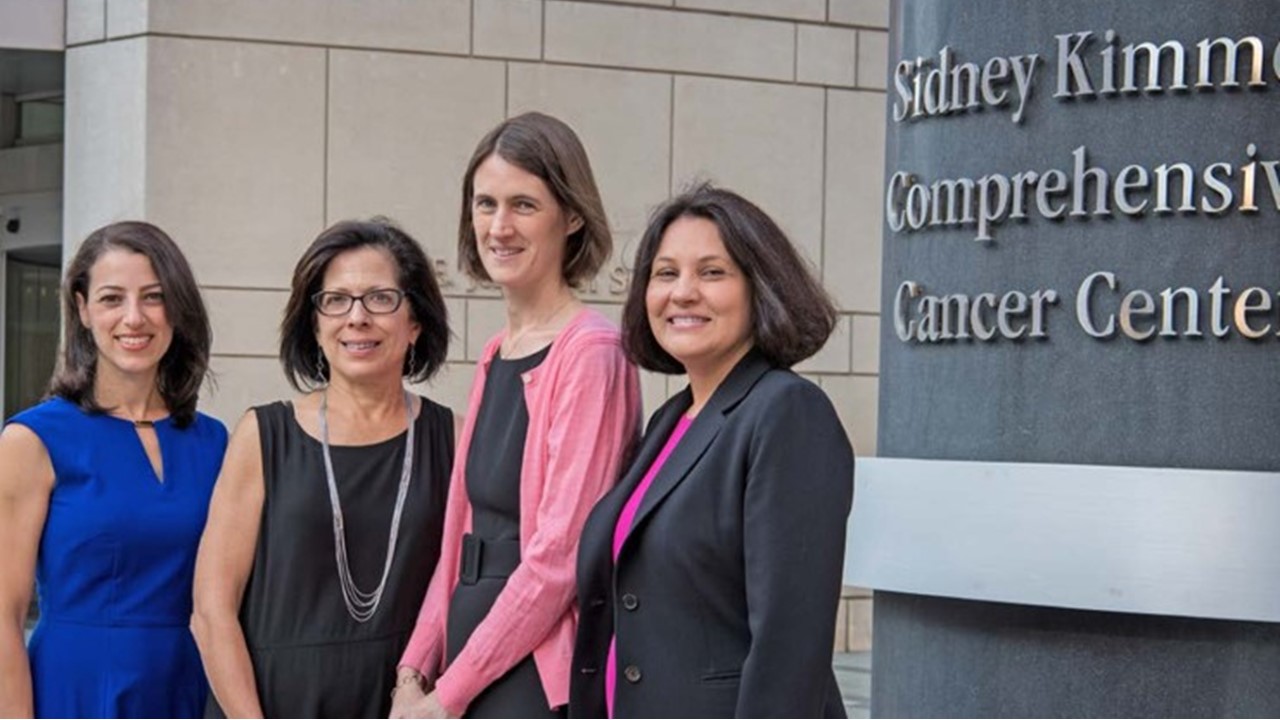 Combining a histone deacetylase inhibitor drug with immunotherapy agents is safe, and may benefit some patients with advanced cancers that have not responded to traditional therapy, according to results of a phase 1 clinical trial led by researchers at the Johns Hopkins Kimmel Cancer Center, Bloomberg~Kimmel Institute for Cancer Immunotherapy and several other centers including University of Pittsburgh Cancer Institute, Yale Cancer Center and City of Hope in Los Angeles, which participated in study enrollment, and the University of Southern California and University College Cork in Ireland, which collaborated on analysis of the data.

Checkpoint inhibitors, such as nivolumab and ipilimumab, release important “brakes” that permit the immune system to fight the cancer cells. The epigenetic inhibitor drug entinostat has been shown in preclinical models and laboratory studies (which led to this current clinical trial) to drive changes in the chemical environment of cells to make them more amenable to immunotherapy, says Vered Stearns, M.D., director of the Women’s Malignancies Disease Group at the Johns Hopkins Kimmel Cancer Center.

The authors found that the objective response rate, or percentage of patients whose cancer responded to therapy, was 16%. One patient with triple-negative breast cancer had a complete response, meaning a total shrinkage of the cancer. Because the cancer types included in the study are not felt to have high response rates to immune checkpoint therapy, these preliminary results are very promising. Treatment-related adverse events were mostly low grade, and included fatigue, nausea, anemia and diarrhea.

These results were published online in the June 16 issue of Clinical Cancer Research.

Study co-author Evanthia T. Roussos Torres, M.D., Ph.D., an adjunct professor at Johns Hopkins and assistant professor at the University of Southern California’s Keck School of Medicine and oncologist and researcher with USC’s Norris Comprehensive Cancer Center in Los Angeles, says the entinostat functioned as an immune system-priming agent prior to using immunotherapy in solid tumors that traditionally are nonresponsive to checkpoint inhibition therapy.

“One of the major findings of our study is that this is a safe and tolerable combination of therapies,” she says. “There aren’t very many trials investigating dual immune checkpoint inhibition in combination with other novel therapeutics. We determined a safe, tolerable dose with this combination that had very few adverse effects. That is significant.”

The researchers collected blood and tumor samples from the 33 patients before and after the two weeks of entinostat to assess the impact of the entinostat on the immune system, and also after the addition of the immune checkpoint agents to evaluate the effect of each of the treatments on the immune environment. The study team found a significant increase in the ratio of CD8/FoxP3 gene expression in tumors following checkpoint inhibitor treatment but not after entinostat treatment alone. This suggests that the combination therapy helped increase both cytotoxic immune system T cells — immune cells that directly kill cancer cell — as well as decrease immune system T regulatory cells — immune cells that modulate the immune response — which equaled a stronger immune response, Roussos Torres says.

The median age of participants was 60, most (91%) were female, 30% had breast cancer (the main tumor type studied) and the median number of prior regimens tried for their disease was 3.5. The median progression-free survival, or time until disease progression or death, was 6.1 months, and median overall survival was 10.6 months. Stable disease, considered the best response, was observed in 44% of participants. Clinical benefit rate, or the percentage of patients who achieved stable disease, or partial or complete response, was 60%.

The complete response in a patient with breast cancer “is a promise that there may be a role for this combination of therapies in breast cancers,” says senior study author Roisin M. Connolly, M.B.B.Ch., M.D., an adjunct professor at Johns Hopkins and chair in cancer research at University College Cork and Cork University Hospital in Ireland. “Immunotherapy hasn’t been as big a blockbuster to date in advanced breast cancer as in other cancers, such as lung cancers or melanoma. This study paves the way for novel combination therapies that have the potential to improve response rates to immune checkpoint inhibitors in traditionally less-responsive tumor types.”

The work was supported by the National Cancer Institute (grants P30CA006973, P30CA014089, UM1CA186689, UM1CA186690, U24CA247648, and UM1CA186717); as well as NIH grants to the Bloomberg~Kimmel Institute for Immunotherapy, Analytical Pharmacology Core of the Sidney Kimmel Comprehensive Cancer Center at Johns Hopkins (grants P30CA006973 and the ICTR UL1 TR001079), the Shared Instrument Grant (1S10RR026824-01), the Clinical Protocol and Data Management facilities (P30 CA006973 and P30CA047904). Support was also provided by the Commonwealth Foundation, the National Comprehensive Cancer Network, the Mary Kay Foundation, the V Foundation, and the Tower Cancer Research Foundation.