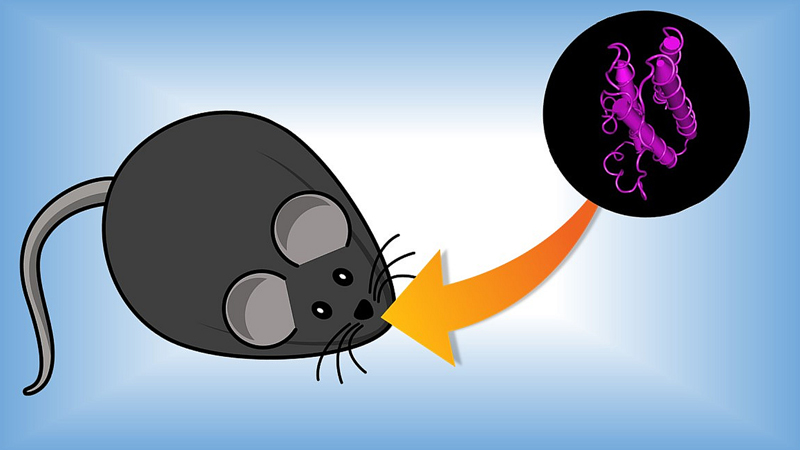 In 2018, researchers at Johns Hopkins Medicine showed that delivering the hunger-suppressing hormone leptin into the nose could ease breathing problems in sleeping obese mice. In addition to its role in metabolism, leptin stimulates breathing and combats obstructive sleep apnea — a condition in which a person’s airway collapses and blocks oxygen intake while sleeping. Apnea is more common in people who are obese.

In a new study published in the July 1, 2020, issue of the American Journal of Respiratory Cell and Molecular Biology, the researchers report that the same nasal delivery method for leptin also can stimulate respiration in obese mice that stop breathing when on morphine.

When on opioids, people with sleep apnea are likely to have more breathing pauses than those who are not medicated. This can lead to overdose and potentially, death. If someone who has sleep apnea is admitted to a hospital for trauma, the patient may be given high doses of opioids to relieve pain. This puts them at increased risk of an overdose and its complications. If this happens and the patient stops breathing, physicians can administer naloxone to negate the opioids and trigger the person to breathe again. However, the opioid’s pain-relieving benefit is removed.

“We believe that if we can confirm our mouse study findings in human trials, applying leptin nasally would be highly useful in hospital trauma settings to keep patients safe while at the same time still treating their pain,” says Vsevolod Polotsky, M.D., Ph.D., professor of medicine at the Johns Hopkins University School of Medicine.

In their experiments, the researchers showed that obese mice on morphine given leptin nasally had more airflow and their airways opened wider than control mice not given the hormone. When a mouse was given enough morphine to stop breathing, a single injection of leptin to the nose restarted the animal’s respiration. Additionally, the mice given leptin retained morphine’s pain-suppressing effects as measured by a flick to the tail.