Fruit Flies and Mosquitos Are ‘Brainier’ Than Most People Suspect, Say Scientists Who Counted the Bugs’ Brain Cells 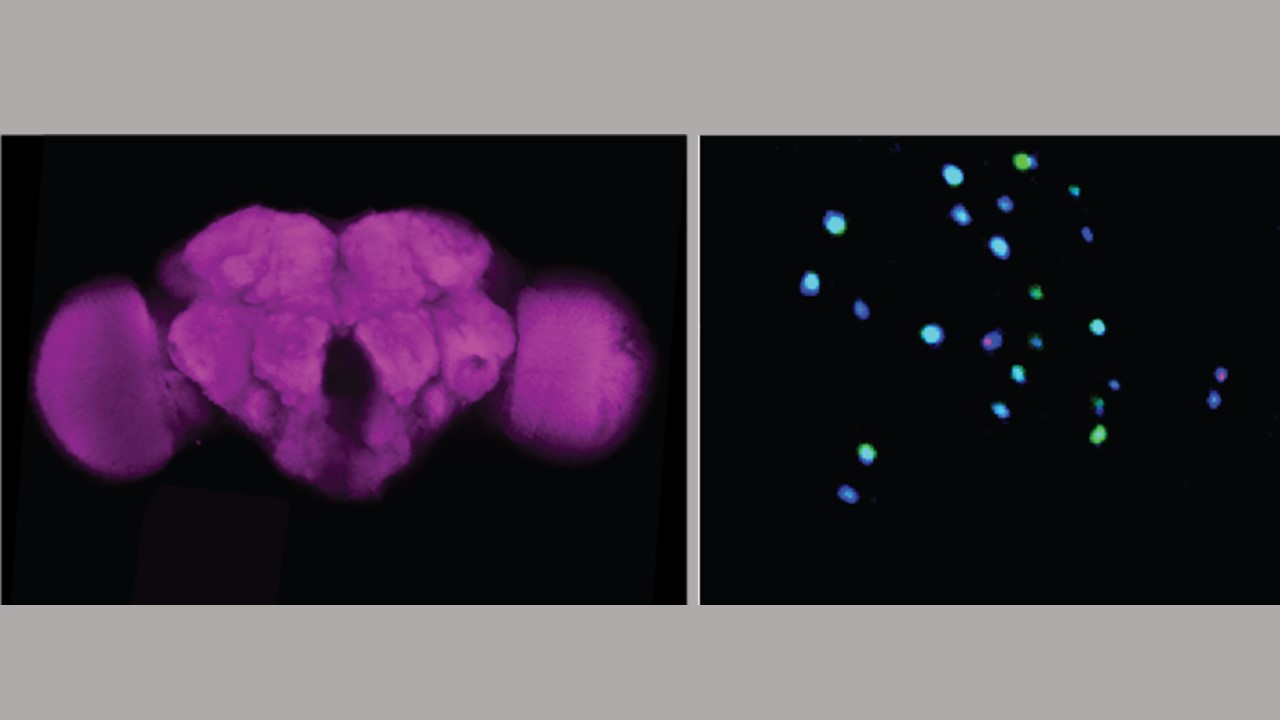 In research made possible when COVID-19 sidelined other research projects, scientists at Johns Hopkins Medicine meticulously counted brain cells in fruit flies and three species of mosquitos, revealing a number that would surprise many people outside the science world.

The insects’ tiny brains, on average, have about 200,000 neurons and other cells, they say. By comparison, a human brain has 86 billion neurons, and a rodent brain contains about 12 billion. The figure probably represents a “floor” for the number needed to perform the bugs’ complex behaviors.

“Even though these brains are simple [in contrast to mammalian brains], they can do a lot of processing, even more than a supercomputer,” says Christopher Potter, Ph.D., associate professor of neuroscience at the Johns Hopkins University School of Medicine. “They enable the insects to navigate, find food and perform other complicated tasks at the same time, and our study offers one answer to the question of how many brain cells come together to conduct these behaviors,” Potter adds.

Results of the research are summarized May 14 in PLOS ONE.

Those who study insect behavior and brain function have long suspected these insects must have hundreds of thousands of brain cells, says Potter, but when he and postdoctoral fellow Joshua Raji, Ph.D., followed chains of scientific papers that referenced the count, they did not find proof for it.

In response, they report, they set out to find proof using a relatively simple counting method called an isotropic fractionator, a technique familiar to pathologists when they tally the number of any type of cell in a tissue.

First, Raji used a plastic pestle to break down all the brain tissue of the individual insects. Then, he used a pipette to break apart the tissue and distribute the cells evenly through a buffered solution.

Knowing the precise total volume of the solution, they could then count cells within a small fraction of the solution, and scale it up to account for and estimate the total number of cells in the entire solution.

To make the actual count, the small amount of solution was spread on a microscope slide and placed on top of a small grid. With painstaking precision, Raji counted the cells on each slide, one by one.

Raji and Potter found that the brain cells in each species contained mostly neurons — about 90%. The rest are most likely supportive cells called glia, they say.

Potter says that researchers have determined the number of brain cells in only a few species of insects, including wasps and ants. “It would be interesting to apply this approach to social insects like bees, and see if there are differences between queens and drones,” he says.

Potter also notes that the counting technique is a simple one that most researchers could perform, and it’s an opportunity for any researcher to perform the counts and contribute them to scientific literature.

Raji noted that he did most of the work for the study as a side project during times when COVID-19 restrictions halted his main research projects.

The most challenging part of the technique, says Potter, was the microdissection of a brain that is smaller than the tip of a pencil. “It takes a really steady hand and lots of practice,” he says.

This work was supported by grants from the Department of Defense (W81XWH-17-PRMRP), from the National Institutes of Health (NIAID R01Al137078) and a Johns Hopkins Malaria Research Institute postdoctoral fellowship.