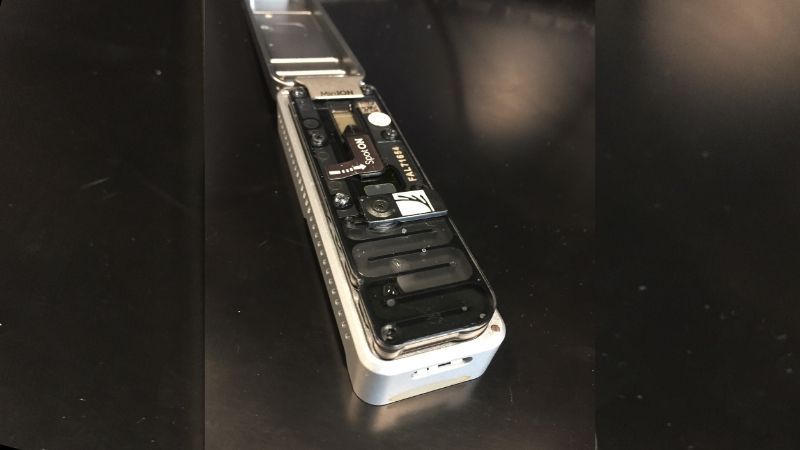 In search of new ways to sequence human genomes and read critical alterations in DNA, researchers at Johns Hopkins Medicine say they have successfully used the gene cutting tool CRISPR to make cuts in DNA around lengthy tumor genes, which can be used to collect sequence information.

A report on the proof-of-principle experiments using genomes from human breast cancer cells and tissue appears in the Feb. 10 issue of Nature Biotechnology.

The researchers say that pairing CRISPR with tools that sequence the DNA components of human cancer tissue is a technique that could, one day, enable fast, relatively cheap sequencing of patients’ tumors, streamlining the selection and use of treatments that target highly specific and personal genetic alterations.

“For tumor sequencing in cancer patients, you don’t necessarily need to sequence the whole cancer genome,” says Winston Timp, Ph.D., assistant professor of biomedical engineering and molecular biology and genetics at the Johns Hopkins University School of Medicine. “Deep sequencing of particular areas of genetic interest can be very informative.”

In conventional genome sequencing, scientists have to make many copies of the DNA at issue, randomly break the DNA into segments, and feed the broken segments through a computerized machine that reads the string of chemical compounds called nucleic acids, made up of the four “bases” that form DNA, and are lettered A, C, G and T. Then, scientists look for overlapping regions of the broken segments and fit them together like tiles on a roof to form long regions of DNA that make up a gene.

In their experiments, Timp and M.D./Ph.D. student Timothy Gilpatrick were able to skip the DNA-copying part of conventional sequencing by using CRISPR to make targeted cuts in DNA isolated from a sliver of tissue taken from a patient’s breast cancer tumor.

Then, the scientists glued so-called “sequencing adaptors” to the CRISPR-snipped ends of the DNA sections. The adaptors serve as a kind of handle that guide DNA to tiny holes or “nanopores” which read the sequence.

By passing DNA through the narrow hole, a sequencer can build a read-out of DNA letters based on the unique electrical current that occurs when each chemical code “letter” slides through the hole.

Among 10 breast cancer genes the team focused on, the Johns Hopkins scientists were able to use nanopore sequencing on breast cancer cell lines and tissue samples to detect a type of DNA alteration called methylation, where chemicals called methyl groups are added to DNA around genes that affect how genes are read.

The researchers found a location of decreased DNA methylation in a gene called keratin 19 (KRT19), which is important in cell structure and scaffolding. Previous studies have shown that a decrease in DNA methylation in KRT19 is associated with tumor spread.

In the breast cancer cell lines they studied, the Johns Hopkins team was able to generate an average of 400 “reads” per basepair, a reading “depth” hundreds of times better than some conventional sequencing tools.

Among their samples of human breast cancer tumor tissue taken at biopsies, the team was able to produce an average of 100 reads per region. “This is certainly less than what we can do with cell lines, but we have to be more gentle with DNA from human tissue samples because it’s been frozen and thawed several times,” says Timp.

In addition to their studies of DNA methylation and small mutations, Timp and Gilpatrick sequenced the gene commonly associated with breast cancer: BRCA1, which spans a region on the genome more than 80,000 bases long. “This gene is really long, and we were able to collect sequencing reads which went all the way through this large and complex region,” says Gilpatrick.

“Because we can use this technique to sequence really long genes, we may be able to catch big missing blocks of DNA we wouldn’t be able to find with more conventional sequencing tools,” says Timp.

In addition to its potential to guide treatment for patients, Timp says the combination of CRISPR technology and nanopore sequencing provides such depth that it may help scientists find new disease-linked gene alterations specific to one allele (inherited from one parent) and not another.

Timp and Gilpatrick plan to continue refining the CRISPR/nanopore sequencing technique and testing its capabilities in other tumor types.

Funding for the research was provided by the National Institutes of Health’s National Human Genome Research Institute (R01 HG009190).

In addition to Timp and Gilpatrick, other scientists who contributed to the research include Isac Lee from Johns Hopkins University; Bradley Downs and Saraswati Sukumar from the Johns Hopkins Kimmel Cancer Center; James E. Graham, Etienne Raimondeau, Rebecca Bowen and Andrew Heron from Oxford Nanopore Technologies; and Fritz Sedlazeck from Baylor College of Medicine.