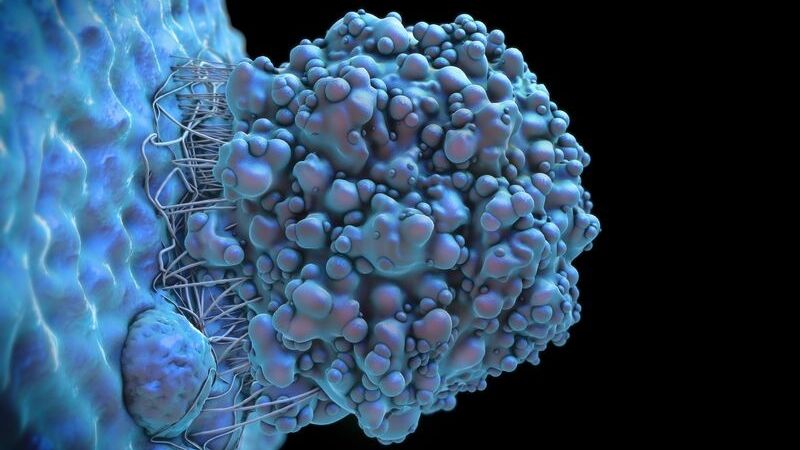 In experiments with human cells and mice, researchers at the Johns Hopkins Kimmel Cancer Center report evidence that combining the experimental cancer medication TAK228 (also called sapanisertib) with an existing anti-cancer drug called trametinib may be more effective than either drug alone in decreasing the growth of pediatric low-grade gliomas. These cancers are the most common childhood brain cancer, accounting for up to one-third of all cases. Low grade pediatric gliomas arise in brain cells (glia) that support and nourish neurons, and current standard chemotherapies with decades-old drugs, while generally effective in lengthening life, often carry side effects or are not tolerated. Approximately 50% of children treated with traditional therapy have their tumors regrow, underscoring the need for better, targeted treatments.

The combination therapy, when tested in tumor cell lines derived from children’s gliomas, stopped the tumor cells from growing. In mice, these drugs reduced tumor volume and allowed mice to live longer, the researchers say. Mice treated with the combination of drugs also had greatly decreased blood supply to their tumors, suggesting that treatment can starve tumors of the blood they need to grow. The research, described online in the journal Neuro-Oncology in December 2019, suggests that a clinical trial combining these agents in children would be beneficial, the investigators add.

“We thought one plus one might well equal three in the case of these drugs, and that’s what we found,” says senior study author and pediatric oncologist Eric Raabe, M.D., Ph.D., of Johns Hopkins Kimmel Cancer Center, and associate professor of oncology at the Johns Hopkins University School of Medicine.

Previous research showed that pediatric low-grade gliomas contain gene mutations that increase the activity of two cell signaling pathways: mammalian target of rapamycin complexes 1 and 2 (mTORC1/2) and Ras/mitogen-activated protein kinase (MAPK), says Raabe. Both enable proteins that promote cell growth. TAK228/sapanisertib, which is in clinical trials for adult patients with cancer, inhibits the mTOR pathway; trametinib, which is approved for treatment of melanoma, inhibits the MAPK pathway. When Raabe and team treated tumors or cells with just one of the drugs targeting one of the pathways, the cancer cells were able to use the other pathway to survive, Raabe says.

In the new study, Raabe and colleagues tested TAK228 and trametinib in patient-derived pediatric low-grade glioma cell lines grown in the laboratory. Using the two drugs together led to a 50% reduction in tumor cell growth. The combination therapy also suppressed activity by more than 50% in both the mTOR and MAPK signaling pathways, and reduced cell proliferation by more than 90%. The combination killed some pediatric low grade glioma cells — increasing the cells killed by nearly threefold over cells treated with each agent alone.

The investigators then gave mice implanted with human low grade glioma tumors TAK228, trametinib, the combination of the two drugs, or a combination placebo. Survival was three times longer in the animals receiving the combination therapy versus single treatments, a difference of 36 days compared with 12 days. Combination therapy-treated tumors were 50% smaller on average over two weeks’ treatment time compared with single drug therapy. Combination therapy in the animal models led to suppressed mTOR and MAPK pathways by more than 80%. The number of growing cells in these tumors decreased by more than 60%. The blood supply to the tumors was decreased by 50%–95%.

Raabe cautions that more preclinical research must be done to determine the best and safest potential dosing regimen, in part because trametinib stays in the body for four to five days, and the MAPK pathway it targets is needed by healthy cells for normal growth in children. In addition, mice receiving the combination therapy didn’t grow as well as those receiving single drug therapy, so the dosing schedule needs to be customized for children, he says. Currently, TAK228 is in clinical trials in adults, and early phase clinical trials of TAK228 are being considered for pediatric brain tumors, Raabe says.