Atlas of Aging and Immunotherapy Biomarkers 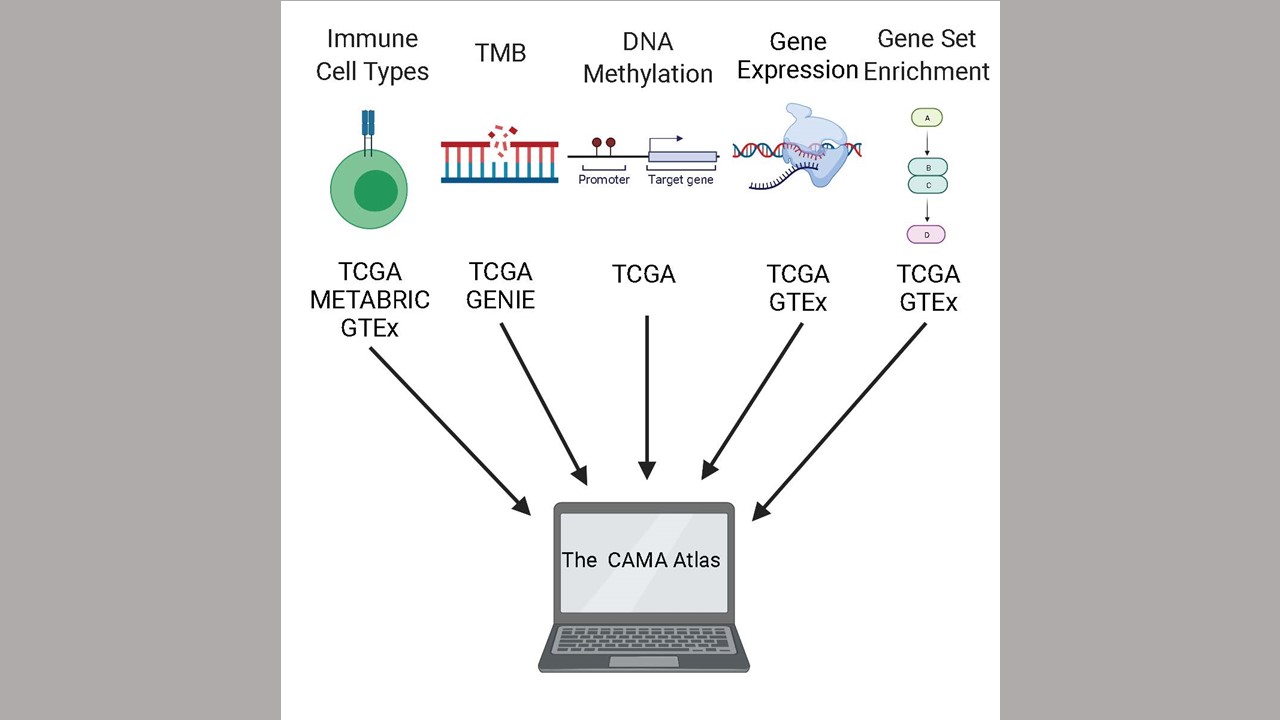 A retrospective analysis of large datasets of biomarkers from tumors and healthy tissue by researchers at the  Johns Hopkins Kimmel Cancer Center Convergence Institute suggests that older cancer patients could benefit as much as younger patients from cancer immunotherapies.

The findings, published online August 24, 2021 in Cell Reports, provide support for potentially expanding the use of these promising therapies in the elderly, a population in which immunotherapies may be under prescribed.

“The interaction between age, immunity, and cancers has been understudied, particularly with the rise of cancer immunotherapies,” says study leader Rossin Erbe, a Ph.D. candidate at the Johns Hopkins University School of Medicine and a member of the laboratory of study co-leader Elana Fertig, Ph.D., associate professor of oncology. Hariharan Easwaran, Ph.D., M.Sc., associate professor of oncology, also co-led this study.

Researchers have long known that cancer incidence increases exponentially as people  age, with more than two-thirds of all new cancers diagnosed in patients more than 60 years old, according to the Centers for Disease Control and Prevention. Concurrently, aging also lowers general immunity, with older patients less able to mount an effective immune response to disease.

Although a variety of medicines that stimulate the body’s immune system to fight cancer have been approved in recent years, says Erbe, these immunotherapies are less commonly prescribed to the elderly as a result of their dampened general immunity. Yet, some clinical trials have suggested that elderly cancer patients have just as good or better responses to immunotherapies.

To resolve this discrepancy and better understand how patient age might affect immunotherapy success, Erbe, Fertig, Easwaran and colleagues collected genomics and clinical data obtained from tumors and healthy tissues stored in several databases, including: the Cancer Genome Atlas; the Genomics Evidence Neoplasia Information Exchange; a database run by Caris Life Sciences; the Molecular Taxonomy of Breast Cancer, and the Genotype-Tissue Expression project. These databases encompassed a total of 77,732 cancer patients with 31 different cancer types.

Using this wealth of information, the researchers developed a publicly accessible web application called Cancer Associations with Molecular Aging (CAMA) to compare various factors across patients of varying ages in healthy and malignant tissue. Factors included mutational burden (the number of genetic mutations the cancer contained), expression of  immune checkpoint proteins–the signals that initiate and stop immune responses–that many cancer immunotherapies act on, the expression of inflammation-related pathways, such as interferon gamma, and the cell composition of cells in and around tumors, known as the tumor microenvironments.

Their analysis showed that aging is associated with a variety of factors known to correlate with increased response to immunotherapies, such as an uptick in the number of mutations in tumor cells, increased expression of immune checkpoint proteins, and increased interferon gamma signaling. However, age is also associated with factors that could decrease immune response, including a lack of diversity of T cell receptors (proteins that allow immune cells to recognize and kill cancer cells), and a greater population of immune suppressing cells known as macrophages, specifically in some breast cancers.

Overall, these data suggest that biomarkers for immunotherapies could still be used as a basis to select immunotherapy treatment in older patients as in young ones, says Fertig, who is also co-director of the Convergence Institute and director of quantitative sciences. This idea was supported by clinical findings in two other databases used in this study: one that tracked renal cell carcinoma patients, and another that tracked U.S. Veterans Administration patients. However, she adds, a variety of factors beyond these biomarkers must be considered when prescribing immunotherapies to older patients, such as frailty and other health conditions that could affect patients’ response and ability to manage side effects.

“Characteristics of tumors from older patients certainly have biological properties consistent with a robust immune response,” Fertig says. “We think this is something that deserves more study using tumor atlases with prospective study designs that are tailored to study aging and immunotherapy response.”

This research was supported by the National Institutes of Health U01AG066101, the National Cancer Institute P01CA247886-01A1 and P30CA006973-58, the Lustgarten Foundation, and the Grollman Glick Scholar Award.