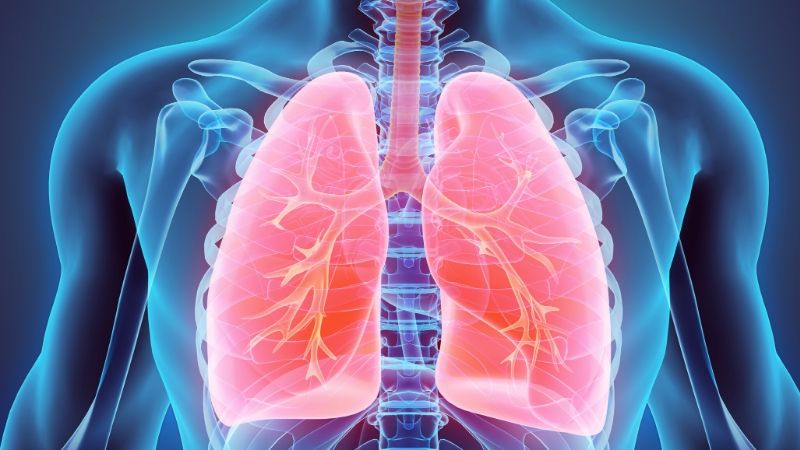 Researchers at the Johns Hopkins Kimmel Cancer Center report that their DeepLR computer algorithm shows promise as an accurate tool to help predict which people with lung lesions are likely to develop cancers and how quickly they will do so.

DeepLR aims to detect lung cancers at an early, potentially curable stage. Training was performed using radiologists’ reports on 25,097 participants in the U.S. National Lung Screening Trial who received follow-up low-dose CT screening, and DeepLR was independently validated in 2,294 participants from the Pan-Canadian Early Detection of Lung Cancer study. DeepLR gives more accurate prediction of lung cancer risk than the American College of Radiology-recommended Lung CT Screening Reporting and Data System (Lung-RADS) in identifying who will or will not get lung cancer within one, two or three years. In addition, DeepLR demonstrated added value by identifying people who had higher lung cancer mortality risk.

The researchers reported their findings in the Oct. 17, 2019, issue of the journal The Lancet Digital Health.

The U.S. Preventive Services Task Force recommends annual lung screening for people at high risk for lung cancer, such as those with a history of smoking. Medicare covers this screening with low-dose CT scans. Current lung cancer screening guidelines in North America and Europe do not provide cancer risk estimates beyond one year or address tumor aggressiveness. DeepLR can predict malignant cancers up to three years in advance for smokers who have received at least two annual low-dose CT screenings. The study results suggest that DeepLR could help physicians determine who needs immediate cancer treatment (such as surgery) and who can be safely screened in two- or even three-year time intervals.

Peng Huang, Ph.D., associate professor of oncology and developer of the DeepLR algorithm, says it can be easily implemented in clinics and hospitals because radiologists’ lung CT reports are routinely collected. Huang, who collaborated with Stephen Lam, M.D., professor of medicine and an integrative oncology distinguished scientist at the BC Cancer Research Center, says DeepLR could also be used remotely when radiologists’ CT reports and medical history data are accessible. DeepLR can be installed in most electronic devices — it requires 5 GB or less memory to run.

The positive predictive values — the probability that people with a positive screening test have the disease — from existing guidelines are typically low (<10%), Huang says, and the lack of better predictive tools likely result in thousands of expensive and unnecessary extra screening CT scans and other tests.

Artificial intelligence tools such as DeepLR, Huang says, potentially can help safely reduce the number of screenings for patients at lower risk, reducing overall exposure to radiation from the scans and the risk of incorrectly identifying a lung nodule as a malignancy. “Overdiagnosis, leading to overly aggressive or premature treatments, is a concern,” says Huang.

Current lung cancer screening guidelines typically use changes in the diameter, volume or density of the largest lung nodule captured on a previous CT scan, or the appearance of a new nodule, to determine when the next CT scan should occur.

Instead of looking at one representative nodule, Huang says, DeepLR offers a more comprehensive view of the whole lung and chest. The algorithm extracts spatial CT image features such as “location, diameter, shape and density of all nodules” and temporal CT image features such as “enlarged or shrinked nodules, or the change in nodule shape,” Huang explains, “and then combines these features in a deep learning algorithm.”

Huang compares the algorithm’s effectiveness to a tumor board — a group of physicians and other health care providers that meets to discuss cancer cases. “It mimics how humans read the scans and other information, but it can summarize complicated information better than human eyes and existing guidelines, so it is more powerful,” she says.

Huang says the DeepLR strategy could be used to guide screening for other cancers, after it is “trained” with new datasets.

A review of the research also appeared November 2019 in The Lancet Digital Health and compared DeepLR with a technology developed by Google, stating, “Huang and colleagues’ study adds value because DeepLR can identify a low-risk group among their high-risk screening population who had only a 0.2% chance to develop lung cancer in the next three years. These individuals might, therefore, benefit from repeat screening after two years, or even three years, rather than the current recommendation for one-year screening. The study findings confirm that their deep learning method, which was trained on time-dependent characteristics, outperforms a diameter-based nodule protocol in terms of lung cancer detection sensitivity.”

A prospective validation of the DeepLR technology is ongoing.

Lung cancer is the second most common cancer and the leading cancer killer in the U.S. Each year, more than 225,000 people are diagnosed with lung cancer in the U.S., and approximately 150,000 die from the disease. Lung cancer death rates are declining, which experts attribute to early detection through screening of those at high risk, and better therapies. Most lung nodules — 60% or more — found on X-rays and CT scans are benign.