You Can Take a Break From Practice—But Not For Too Long, Study Shows 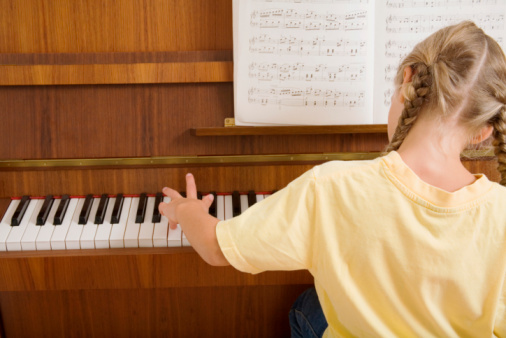 Common wisdom says that you learn better if you study or practice over a period of time, with breaks between study periods, rather than trying to cram everything into a marathon session. New research from a Johns Hopkins postdoctoral fellow suggests that for certain types of learning, success depends on the length of your breaks.

David F. Little, a post-doctoral fellow in the Whiting School of Engineering, led a scientific team publishing results in Current Biology that do not contradict the consensus view, but they suggest limits on how much information the brain retains if practice sessions are too short and interrupted.

“When learning a new skill, you can waste a lot of time and effort, to little benefit, if you take even a 30-minute break before you have practiced enough.”

Little is a specialist in psychophysics, the study of human perception. He said this study contains the first evidence of the significance of practice breaks in perceptual learning—in this case, learning to hear differences in sound—as opposed to learning a subject such as science or history. The study involved about 40 people learning to distinguish between the pitches of two tones or to hear differences in speech syllables that are indistinguishable to English speakers but meaningful in several other languages, such as the combination labeled as “mba,” which appears in Thai and Hindi and can sound like “ba” to monolingual English speakers.

The results of the research, which was conducted at Northwestern University while Little completed his doctorate, show that for subjects to retain what they learn in a given day, they need sufficient practice without breaks that are too long.

“When learning a new skill, you can waste a lot of time and effort, to little benefit, if you take even a 30-minute break before you have practiced enough,” Little said.

The researchers wrote that the work suggests that the brain has a holding spot for transient perceptual memories that, after a certain threshold of practice, are “sent en masse into a memory that lasts across days.”

In each case, the subjects were given hundreds of rounds, or “trials” in the skill. As subjects improved, they were able to hear smaller and smaller difference in pitch between the two tones. The trials went from seven to nine days, Little said.

Little said the results contribute to understanding how best to learn a perceptual skill, such as ear-training for musicians and visual training for clinicians who read the results of diagnostic tests such as X-rays or MRIs. He also hopes that further work on ear training can help people learn to better use their hearing aids or recover from procedures to repair their hearing, such as cochlear implant surgery.