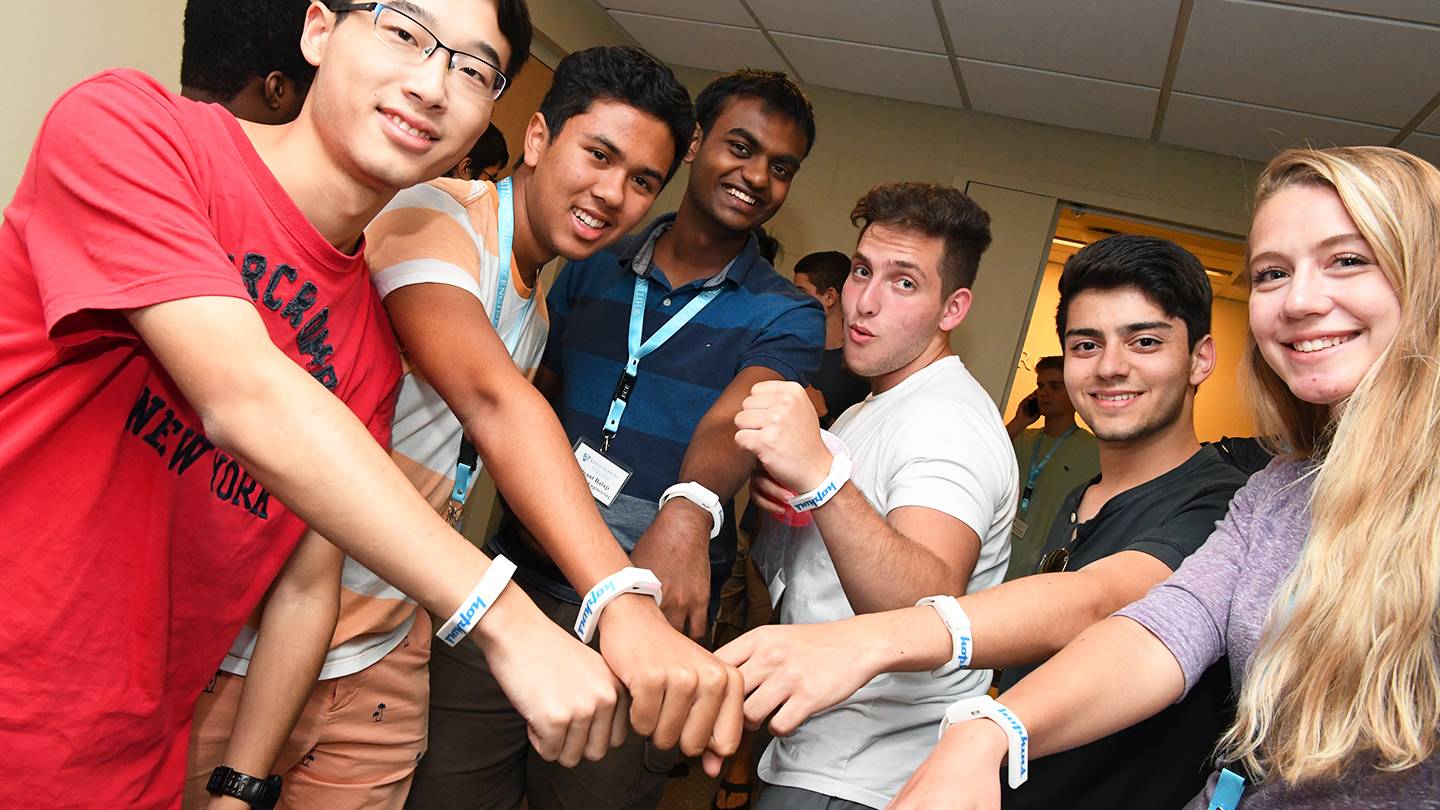 Breaking the ice is never easy with a new group, but a few first-year Johns Hopkins University students made connections Monday with the help of a Spark—an apt name for a device that helps relative strangers strike up conversations. 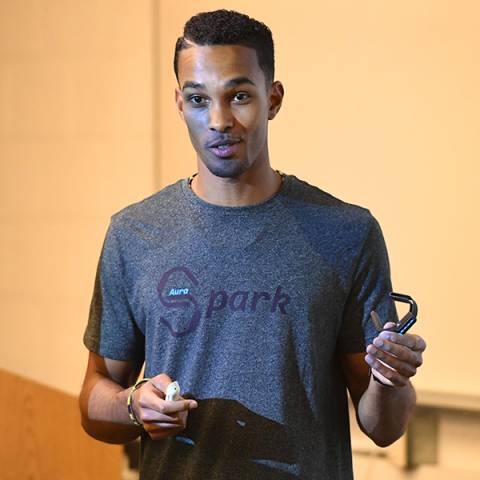 The Fitbit-like bracelet, now in pilot form, features a light display that changes color based on data delivered by smartphone and in response to other bracelets nearby. During Monday’s orientation session, the bracelet shades shifted based on the students’ responses to a set of 16 questions answered in advance, ranging from the basic (What’s your birth month?) to the philosophical (Would you rather live in a utopia as a normal person or in a dystopia but you are the supreme ruler?).

Rattray handed out free Spark bracelets to the students, who chatted to discover which responses matched them to their peers.

“I always loved wearable technology,” says Rattray, who earned his master’s in ECE from JHU’s Whiting School of Engineering in 2017. “That’s why I came to Hopkins.”

Rattray created the Aura Spark using 3D printers, plastic, and his custom-made printed circuit boards, enabling the devices to connect via Bluetooth with a corresponding smartphone app. He relied on his engineering background with wearable sensors, which includes research he conducted at Hopkins using similar devices to monitor the movements of coma patients.

Monday was his first test run, but Rattray said he envisions the device being used for a range of social and orientation-type events, as well as weddings, concerts, and sporting events. Imagine, for example, Sparks lighting up for fans when their team scores a goal or a touchdown, creating a visual spectacle. He said he also hopes to find an application for the annual Lighting of the Quad event at Hopkins.