Water for Life: Nonprofit co-founded by JHU Alum Aims to Eliminate Poverty, One Drop at a Time

Shilpa Alva, a 2002 Johns Hopkins graduate and executive director of Surge for Water, among speakers at fourth-annual TEDxJHU 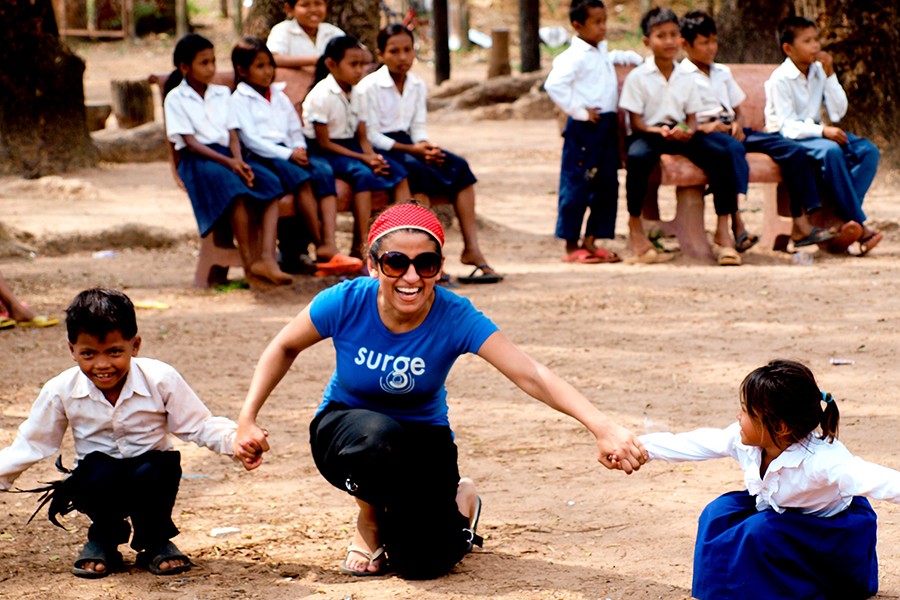 Shilpa Alva, a 2002 graduate of Johns Hopkins University shown here working on a project in Cambodia, is co-founder and executive director of Surge for Water.

Shilpa Alva visited India every year as a kid. But during the summer before her junior year as a chemical engineering major at Johns Hopkins University, Alva experienced India in a different way—an experience that she said served as a turning point in her life.

“I hadn’t really been exposed to living with extreme poverty,” said Alva, co-founder and executive director of Surge for Water. “People didn’t have water and they had really bare minimum homes. Everyone was involved in farming because that’s all they could eat—what they grew. If it didn’t rain, there would be no crops.”

“YES, I COULD HAVE GONE THERE AND JUST TAUGHT, AND THEN HAVE GONE BACK TO THE VOLUNTEER DORMS. BUT I WAS ALWAYS … DRIVEN TO TAKE WHAT I SAW TO THE NEXT LEVEL.”

Alva, who is of Indian ethnicity and citizenship, felt the need to do something. What she did was create Surge For Water, a nonprofit organization with an ultimate goal of eradicating poverty one drop at a time.

An estimated 2,300 people die every day because of inadequate drinking water and sanitation, according to the organization’s website. Surge funds projects that provide access to safe water, helps to educate people in communities around the world, and invests in innovation that drives sustainable solutions. Since its start in 2008, the organization has provided clean water to 390,758 people in 11 countries.

At 1 p.m. on Saturday, Alva will talk about her organization at the fourth-annual TEDxJHU event, which attracts speakers from Johns Hopkins, the greater Baltimore community, and beyond to campus each year. Doors open at 12:30 p.m. and tickets are available now online or before the start of the event. The JHU community will also have the chance to meet and network with the speakers in this year’s lineup, who are challenged to give “the talk of their life” in 18 minutes or less.

Alva, who graduated from JHU in 2002, said her talk will reference a theme in her life: making the choice to create something, when what she believes is needed does not already exist.

“I’m not OK with just seeing the issues and addressing it for the day. But how do you take it further?” she said. Alva challenged herself to “take it further” while on her service trip to India as a Johns Hopkins student.

Alva had applied for the Vredenburg Scholarship, which gives outstanding JHU engineering students the opportunity to apply their skills and training in an international setting. She found a volunteer program in India that involved teaching, working with women’s groups, and other development projects. 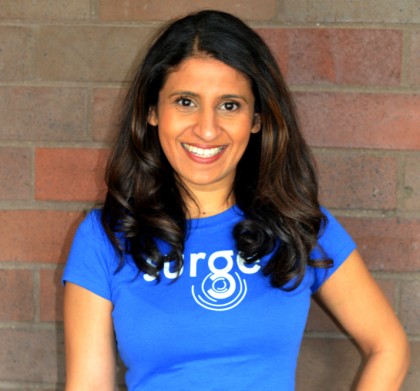 Although her parents were stressed that their daughter would not be returning home to Dubai that summer, Alva packed her bags and traveled to a quaint village in the country. She recalled the lush green mountains and hills, and picturesque rainbows that seemed to appear every other day. But the surrounding city was heavily polluted, she said.

“Yes, I could have gone there and just taught, and then have gone back to the volunteer dorms,” Alva said. “But I was always … driven to take what I saw to the next level.”

She began by gathering fellow volunteers to organize a village-wide clean-up day and sanitation program. Then they coupled the new initiative with an essay competition among the surrounding schools. Students wrote about ways in which they could keep the village clean and the importance of doing so. She also made handmade alphabet books for her students and found medical care for in-need villagers.

This transformational trip, said Alva, stood as her first steps in sanitation, which is why she will speak about it at Saturday’s event.

There will also be talks by Seal Bin-Han, founder and CEO of FitMango; Braphus Kaalund, a foreign service officer at the U.S. Department of State; Nicky Fox, a space scientist working on Hinode—NASA’s mission to the sun; Natalia Trayanova, a computational cardiology researcher at JHU; Joshua Sharfstein, associate dean at the Bloomberg School of Public Health; and Michelle Geiss, director and co-founder of Impact Hub Baltimore.

Tracy Gao, marketing director for TEDxJHU, said that this year’s theme—”Under Construction: Proceed with Curiosity”—is in response to the current political and social environment.

“From our first conference in 2014, our mission has been to inspire Johns Hopkins students and faculty to contribute to meaningful projects in Baltimore City,” Gao said. “We curate speakers who are working on solutions to pressing challenges and through our immersive conference we strive to facilitate new collaborative connections to bolster these ventures.”

Alva said she wants people to know that having a choice, such as to attend Johns Hopkins, is a privilege.

Though she may not directly use her chemical engineering degree from JHU, Alva said she owes many of her life experiences to her education from the university.

“[It taught] a diligence in how you see a problem or how you address an issue, or how you can understand even a complex issue by breaking it down into smaller components,” Alva said. “I feel like chemical engineering gives me that background that maybe a different degree wouldn’t have.” 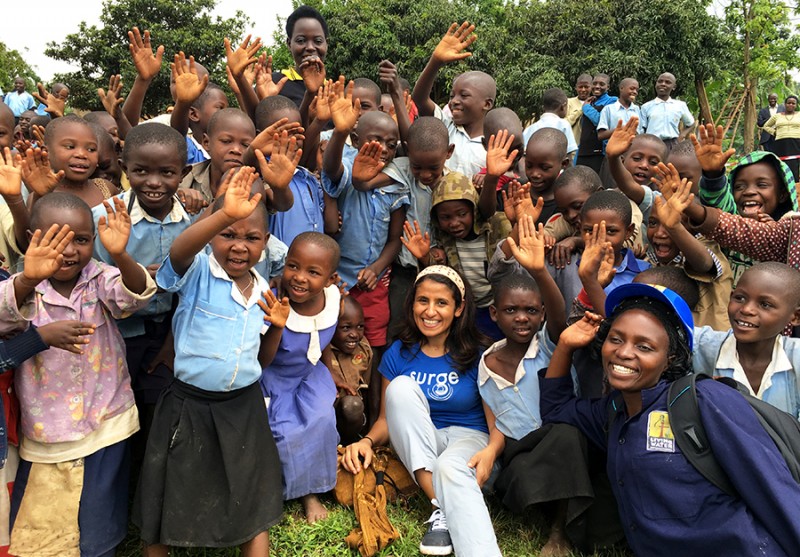 Since its start in 2008, Surge for Water has provided clean water to 390,758 people in 11 countries, including Uganda (pictured).