The Mental Health Impact of Separating Immigrant Children From Their Parents

Johns Hopkins expert Paul Spiegel says that for children, being separated from their parents is a trauma that can have ‘very negative effects’ 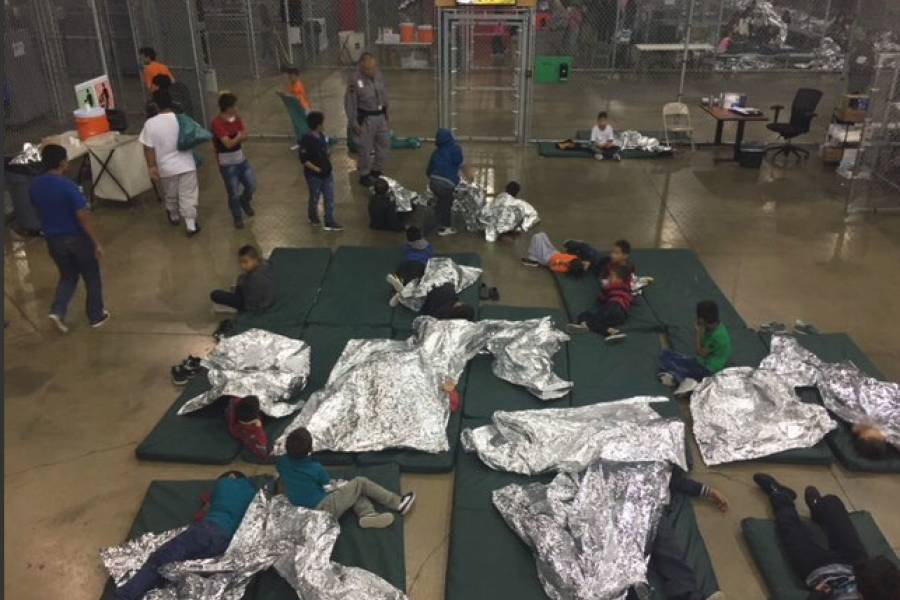 The federal policy of separating children and parents caught illegally crossing the southern border of the United States, an approach that has faced intense criticism over the past several days, could have profound and long-lasting effects on the mental health of the children in involved, Johns Hopkins University expert Paul Spiegel said in a Q+A published by Newsweek on Wednesday.

Spiegel, a physician by training, directs the Center for Humanitarian Health at the Johns Hopkins Bloomberg School of Public Health and is internationally recognized for his research on preventing and responding to complex humanitarian emergencies. Prior to joining Hopkins in 2016, he spent 14 years at the United Nations High Commissioner for Refugees, where served as chief of public health.

An estimated 2,300 children have been separated from their parents as a result of a recent policy shift designed to deter illegal border crossings, though an executive order signed by President Donald Trump on Wednesday afternoon appeared to put an end the practice. Spiegel told Newsweek that for these immigrant children, some under the age of 1, separation from their parents and detention is a trauma that can have “very negative effects.”

What do we know about how this kind of separation impacts mental health?

There are a tremendous amount of data on this, stemming primarily from the Adverse Childhood Experiences, or ACE, study, conducted by the CDC from 1995 to 1998. This study found that traumatic events such as divorce, separation from parents, being put into foster homes or sexual or physical abuse have very negative effects on children. These effects are cumulative; more than one trauma—and particularly more than four—have increasing consequences. At the time, the results were surprising.

When children are forcibly separated from their parents without being given any information and without being able to communicate with their parents, that’s a traumatic event. And it’s unlikely that this is their first traumatic event, given the violence in many of the countries they’re coming from. So this separation is adding to the trauma they have already experienced.

Prolonged trauma in children can affect the architecture of their brain because it’s not yet fully formed. The toxic stress puts the brain into continuous flight-or-fight mode. Our flight or fight response is very important for dealing with immediate danger. But usually we stay in that mode for a very short period of time. You don’t want to be in that state 24 hours a day for weeks on end.

How does this prolonged state change the brain architecture?

The pathways and mechanisms are complex, involving changes to the responsiveness of neurotransmitters coming out from the brain. The simplest way to understand it is to think about how we respond when we are under a great deal of stress—and then imagine that continuing day after day, never turning off. Studies have shown that exposure to chronic stress in children can affect the brain.

What are the visible consequences of these changes?

For many children, the trauma will exacerbate learning difficulties. Some children may be more prone to substance abuse. Increased depression and post-traumatic stress disorder are also issues. If a child has a genetic predisposition to a mental health condition, an event like this could help bring that out.

The ACE study followed children for many years and found an increase in diabetes, cardiovascular disease and even earlier death among children who experienced repeated trauma versus those who did not.