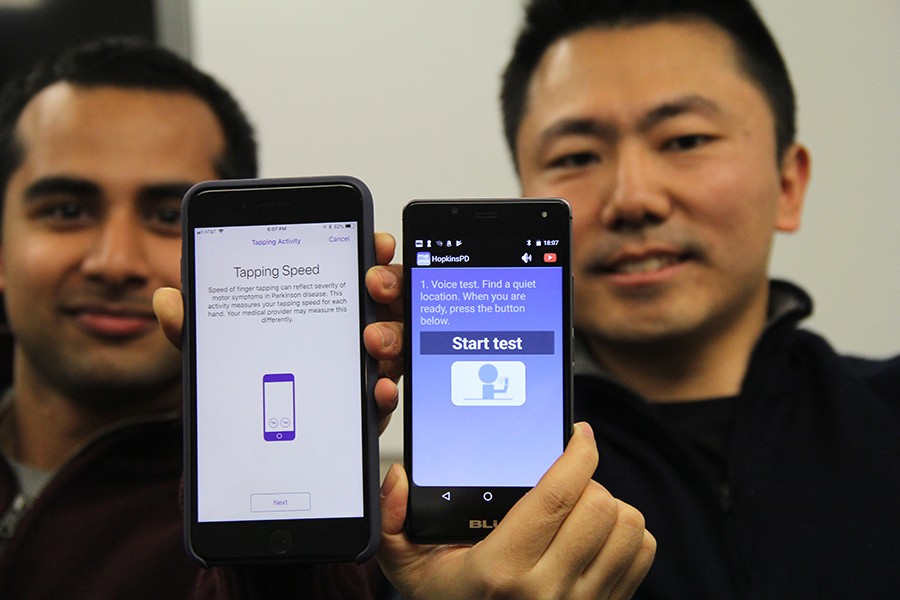 Parkinson’s disease, a progressive brain disorder, is often tough to treat effectively because its symptoms—such as tremors and walking difficulties—can vary dramatically over a period of days, or even hours.

To address this challenge, Johns Hopkins University computer scientists, working with an interdisciplinary team of experts from two other institutions, have developed a new approach that uses smartphone sensors to generate a score that reliably reflects symptom severity in patients with Parkinson’s disease.

“The day-to-day variability of Parkinson’s symptoms is so high. If you measure a patient at 5 p.m. today and then three months later again at 5 p.m., how do you know you didn’t catch him at a good time the first time and at a bad time the second time?”

In a study published recently online in the journal JAMA Neurology, researchers from Johns Hopkins, the University of Rochester Medical Center, and Aston University in the U.K. reported that the severity of symptoms among Parkinson’s patients seen by neurologists aligned closely with those generated by their smartphone app.

Typically, patients with Parkinson’s disease are evaluated by medical specialists during three or four clinic visits annually with subjective assessments capturing only a brief snapshot of a patient’s fluctuating symptoms. In their homes, patients may also be asked to fill out a cumbersome 24-hour “motor diary” in which they keep a written record of their mobility, involuntary twisting movements, and other Parkinson’s symptoms. The doctor then uses this self-reported or imprecise data to guide treatment.

In the new study, the researchers say patients could use a smartphone app to objectively monitor symptoms in their home and share this data to help doctors fine-tune their treatment.

E. Ray Dorsey, a University of Rochester Medical Center neurologist and a co-author of the research paper, said he welcomes the validation of Parkinson’s patient severity scores produced by the smartphone tests.

“If you think about it, it sounds crazy,” he said, “but until these types of studies, we had very limited data on how these people function on Saturdays and Sundays because patients don’t come to the clinic on Saturdays or Sundays. We also had very limited data about how people with Parkinson’s do at two o’clock in the morning or 11 o’clock at night because unless they’re hospitalized, they’re generally not being seen in clinics at those times.”

About six years ago, while doing medical research at Johns Hopkins, Dorsey was introduced to Suchi Saria, an assistant professor of computer science at the university and an expert in machine learning. Saria, the corresponding author of the study, had been using machine learning to extract useful information from health-related data that was routinely being collected at hospitals. The two researchers, along with some of Saria’s students, teamed up to find an easy way to monitor the health of Parkinson’s patients, something as simple as people with diabetes checking their glucose levels with a pinprick blood test. 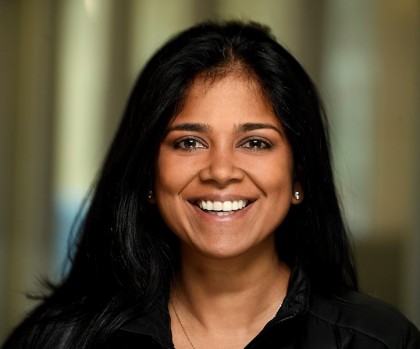 The team members knew that neurologists evaluated their Parkinson’s patients by gathering information about how they moved, spoke, and completed certain daily tasks.

“Can we do this with a cellphone?” Saria wondered at the time. “We asked, ‘What are the tricks we can use to make that happen?’ ”

Using existing smartphone components such as its microphone, touch screen, and accelerometer, the team members devised five simple tasks involving voice sensing, finger tapping, gait measurement, balance, and reaction time. They turned this into a smartphone app called HopkinsPD. Next, using a machine learning technique that the team devised, they were able to convert the data collected with these tests into an objective Parkinson’s disease severity score—a score that better reflected the overall severity of patients’ symptoms and how well they were responding to medication.

This smartphone evaluation, the researchers say, should be particularly useful because it doesn’t rely on the subjective observations of a medical staff member. Moreover, it can be administered any time of day in a clinic or within the patient’s home, where the patient is less likely to be as nervous as in a medical setting.

“The day-to-day variability of Parkinson’s symptoms is so high,” Saria said. “If you happen to measure a patient at 5 p.m. today and then three months later again at 5 p.m., how do you know that you didn’t catch him at a good time the first time and at a bad time the second time?”

Collecting smartphone test data more frequently in a medical setting as well as in the home could give doctors a clearer picture of their patients’ overall heath and how well their medications are working, Saria and her colleagues suggested.

Patients in the research project used Android smartphones to download HopkinPD, which is available through the Parkinson’s Voice Initiative website. After the initial success of HopkinsPD, the team partnered with Apple and Sage Bionetworks to develop mPower, an iPhone version that is available at Apple’s App Store.

“While not all research gets integrated tangibly into people’s lives,” Mohan said, “what excites me most is the potential for the methods we developed to be deployed seamlessly into a patient’s lifestyle and improve the quality of care.”

The third co-lead author was Christopher Tarolli, a physician at University of Rochester Medical Center. Andreas Terzis, a computer science research associate professor at Johns Hopkins, also was a co-author. In addition to Dorsey, the other co-authors from the University of Rochester Medical Center were Ruth B. Schneider, Jamie L. Adams, Saloni Sharma, Mollie J. Elson, Kelsey L. Spear, and Alistair M. Glidden. Max A. Little from Aston University was also a co-author.

The study was funded in part by the Michael J. Fox Foundation for Parkinson’s Research and by the National Institute of Neurological Disorders and Stroke.