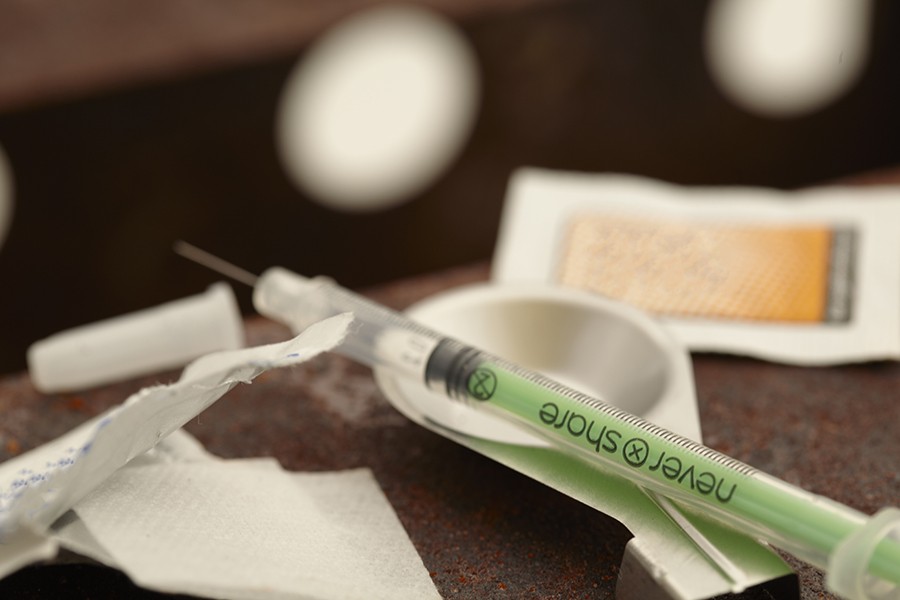 The study, published in the June issue of Preventive Medicine, is the first to poll a large, nationwide, representative sample of Americans about their views on:

The results suggest that most Americans tend to view these strategies negatively. Among the 1,004 adults sampled, 29 percent supported legalizing safe consumption sites in their communities, and 39 percent supported legalizing needle exchange programs in their communities. Respondents who had negative views about these strategies also tended to have very negative views of opioid users.

“These results suggest that we need to reduce stigma toward people who use opioids and do a better job educating the public about why these strategies work,” says study lead author Emma E. McGinty, an assistant professor in the Department of Health Policy and Management at the Bloomberg School.

Research has shown these harm-reduction strategies could play important roles in alleviating the public health burden from the opioid epidemic. Studies have shown that needle exchanges are effective in reducing disease transmission, and more than 300 needle exchange programs are already in place across the U.S., including in cities that have long been plagued by heroin use such as Baltimore. In countries that have implemented safe consumption site programs, such as Canada and parts of Europe, studies have found the programs decrease overdose deaths and public drug use.

McGinty and her colleagues are now considering how to design information campaigns to boost public support for these harm-reduction strategies.

“We need to do more research on what messages are effective in correcting myths about syringe services and safe consumption programs and reducing the stigma attached to them to save lives.”

“We need to do more research on what messages are effective in correcting myths about syringe services and safe consumption programs and reducing the stigma attached to them to save lives,” says Susan Sherman, a professor in the Bloomberg School’s Department of Health, Behavior and Society and study co-author.

Prior to the new study, there was no nationwide data on Americans’ attitudes about safe consumption sites and no recent nationwide data on needle exchanges (the last national survey was conducted in 2000). McGinty and colleagues conducted their web-based survey using the GfK Knowledge Networks panel, a representative nationwide group of more than 65,000 U.S. adults. They administered the survey to a random sample of 1,429 people and received responses from 1,004.

Among the respondents, Democrats and Republicans diverged in their views. Among Republicans, 18 percent favored having safe consumption sites and 30 percent favored needle exchange programs in their communities. The corresponding figures for Democrats were higher, at 39 percent and 52 percent.

Unemployed respondents and those with a bachelor’s degree or higher were also more likely to favor these programs. However, attitudes did not differ much by age, race, or gender, and no demographic category was associated with strongly favorable views of these programs.

“The biggest take-home message from these sub-group analyses is that there are not many differences in attitudes across demographic categories, with the exception of political party identification,” McGinty says.

The survey measured the stigmatizing attitudes of respondents toward people who use opioids by asking, for example, about their willingness to have a person who is using opioids marry into their family or to start working closely with a user on a job. To those two questions, only 16 and 28 percent of respondents, respectively, answered favorably. Respondents with highly negative views of people who use opioids were much less likely to support the two harm-reduction strategies.