Powerful New Technique Can Clone Thousands of Genes at Once 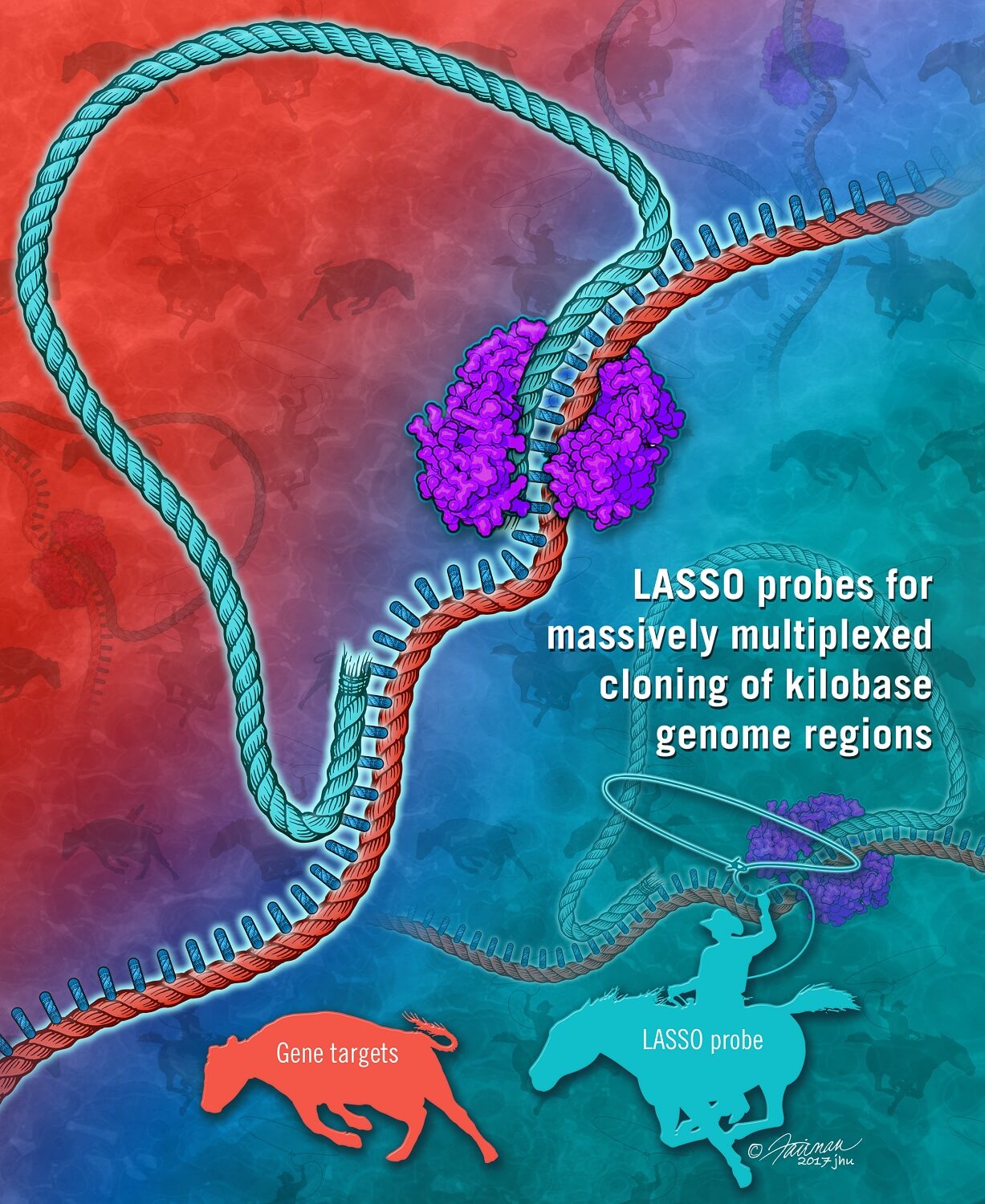 Scientists at Johns Hopkins, Rutgers, the University of Trento in Italy, and Harvard Medical School report they have developed a new molecular technique called LASSO cloning, which can be used to isolate thousands of long DNA sequences at the same time, more than ever before possible. The new technology, they say, speeds up the creation of proteins, the final products of genes, and is likely to lead to far more rapid discovery of new medicines and biomarkers for scores of diseases.

In a report on the technique’s development, published June 26 in Nature Biomedical Engineering, the researchers describe their novel molecular approach to simultaneously clone and express thousands of protein-coding DNA sequences in a single reaction. Historically, figuring out what a gene does by cloning its DNA and expressing its protein was done one gene at a time.

“Our goal is to make it cheap and easy for any researcher in any field to clone and express the entire set of proteins from any organism,” says Ben Larman, Ph.D., an assistant professor of pathology at the Johns Hopkins University School of Medicine and the study’s co-senior author. “Until now, such a prospect was only realistic for high-powered research consortia studying model organisms like fruit flies or mice.”

The new paper describes a new type of captured DNA strand, a tool the authors refer to as a LASSO probe, for long adapter single-stranded oligonucleotide. Collections of these LASSO probes can be used to grab desired DNA sequences —much like a rope lasso is used to capture cattle — but in this case thousands at a time in a single effort.

Each target gene sequence can be up to a few thousand DNA base pairs long, which is the typical size of a gene’s protein-coding sequence. The new technique is an improvement on an older method called molecular inversion probes (MIPs), which is able to capture only about 200 bases of DNA, Larman says.

In a proof-of-concept study, LASSO probes were used to simultaneously capture more than 3,000 DNA fragments from the E. coli bacterial genome. The team successfully captured at least 75 percent of the gene targets. Importantly, the researchers say, these sequences are captured in a way that permits scientists to analyze what the genes’ proteins do, as demonstrated by conferring antibiotic resistance to an otherwise susceptible cell.

“We’re very excited about all the potential applications for LASSO cloning,” says Larman. “Our hope is that by greatly expanding the number of proteins that can be expressed and screened in parallel, the road to interesting biology and new therapeutic biomolecules will be dramatically shortened for many researchers.”

This work was supported by the Shriners Hospitals for Children, the Prostate Cancer Foundation and the National Institutes of Health (R01EB012521, K01DK087770 and 1U24AI118633).