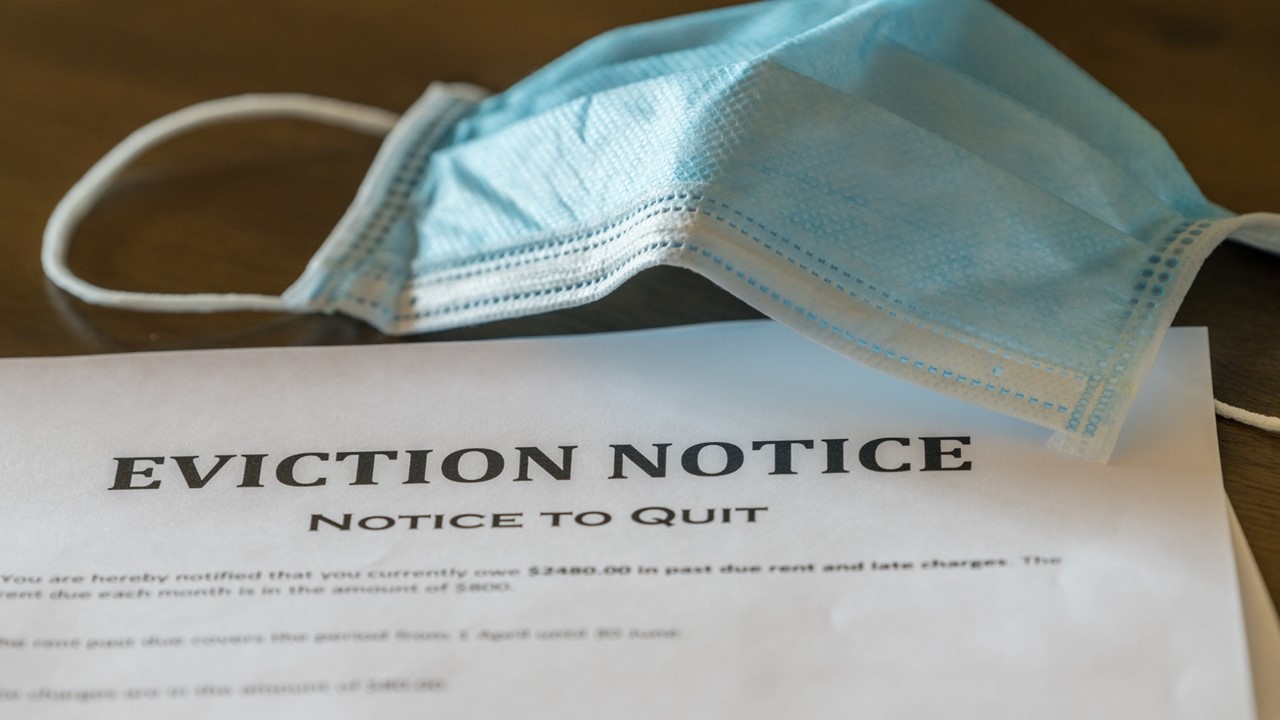 A new study led by researchers at Johns Hopkins and the University of Pennsylvania uses computer modeling to suggest that eviction bans authorized during the COVID-19 pandemic reduced the infection rate and not only protected those who would have lost their housing but also entire communities from the spread of infections.

With widespread job loss in the U.S. during the pandemic, many state and local governments temporarily halted evictions last spring, and just as these protections were about to expire in September, the Centers for Disease Control and Prevention (CDC) declared a national eviction ban.

However, the order is only extended a few months at a time and is under constant challenge in the court system, including debates about whether such measures control infection transmission.

The research team aimed to study if eviction bans help control the spread of SARS-CoV-2, the virus that causes COVID-19, explains Alison Hill, Ph.D., an assistant professor of biomedical engineering at Johns Hopkins.

In a bid to document the potential impact, Hill and Michael Levy, Ph.D., of the University of Pennsylvania, teamed up with experts in housing policy from the University of Illinois Urbana-Champaign. Hill and Levy specialize in using mathematical models to study how infections spread.

A report on the research was published on April 15th in Nature Communications.

In the new report, the investigators say they used simulations to predict the number of additional SARS-CoV-2 infections in major U.S. cities if evictions had been allowed to occur during the fall of last year.

They estimated, for example, that in a city of approximately 1 million residents with evictions occurring at a heightened rate of 1% of households per month, an additional 4% of the population could become infected with which corresponds to about 40,000 more cases. Even with a much lower eviction rate of 0.25% per month, which is similar to the pre-pandemic level in cities such as Atlanta, Detroit and Tucson, Arizona, estimates were for about 5,000 additional cases.

To make these predictions, the researchers first calibrated their math model to re-create the most common epidemic patterns seen in major U.S. cities in 2020. The model took into account changes in infection rates over time due to public health measures, and it was tailored to match reported COVID-19 cases and deaths. The researchers used the model to track the spread of infection in and out of households. Then, they ran another version of the model in which eviction bans were lifted, to estimate how the bans have affected transmission of the virus.

Hill and her colleagues found that without eviction bans, people who are evicted or who live in a household that hosts evictees have 1.5 to 2.5 times more risk of being infected with than if the eviction bans were in place.

“People who experience eviction often move in with other households, increasing the density of people living together,” says Hill. “Households are known to be an important setting for SARS-CoV-2 infection, so this can increase transmission rates.”

The researchers’ computer simulations also found that without eviction bans, the risk of SARS-CoV-2 infection would rise for all residents of a city, not just those who are evicted.

Even when the researchers evaluated a different version of the model, in which a city is divided into neighborhoods of different socioeconomic status and evictions are restricted to certain districts, evictions still could cause increases in infections with the virus.

“Some opponents of eviction bans say that evictions only affect a narrow part of the population, but our simulations indicate that evictions not only put disadvantaged households at risk of infection, but entire communities as well,” says Hill. “When it comes to a transmissible disease like COVID-19, no neighborhood is entirely isolated.”

When the researchers used this data to examine how evictions would specifically impact Philadelphia residents, they found that people in all neighborhoods of the city would experience increased COVID-19 levels due to evictions.

Teaming up with researchers from Northeastern University who used de-identified information about how city residents travel throughout neighborhoods, the researchers estimated that, without eviction bans, there could have been approximately 5,000 more COVID-19 cases in Philadelphia if evictions occurred at pre-pandemic levels, and up to 50,000 additional cases if evictions were five times more frequent.

An early version of this research was cited in court cases challenging eviction bans in Philadelphia, and in the CDC’s national eviction order (click here and here).

To alleviate infection risk and reduce economic burdens, the researchers say, governments should consider not only extended eviction bans but also financial assistance for both tenants and landlords, as well as resources for households to reduce transmission of the virus within the home.

Funding for the research was provided by the National Institutes of Health (DP5OD019851, R01AI146129), the CDC’s COVID Supplement, Google Cloud and Google Cloud research credits.

Originally published at the Johns Hopkins Medicine Newsroom on 4/19/2021.