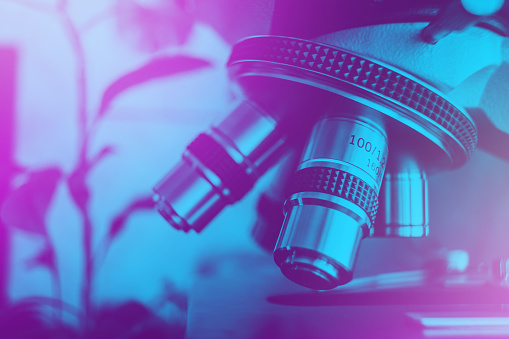 The number of clinical trials funded by the National Institutes of Health has declined since 2005, according to a new study by researchers at the Johns Hopkins Bloomberg School of Public Health. During the same period, average trial sizes were observed to be smaller, with only 10 percent of trials enrolling more than 500 participants.

The findings, published in the February 2018 issue of the journal Clinical Trials, suggest that NIH, due largely to declines in its budget in real terms, has been steadily losing its capability to support clinical trials research and conduct.

“The number of clinical trials NIH funds each year is declining, and that’s not because the trials are getting larger, so the power of that tool is diminishing,” says senior author Curtis Meinert, PhD, professor in the Department of Epidemiology at the Bloomberg School.

Meinert and colleagues, including first author Gillian K. Gresham, a PhD candidate in the Bloomberg School’s Department of Epidemiology, analyzed NIH-funded clinical trials registered between 2005 and 2015 in the ClinicalTrials.gov database.

The raw numbers told much of the story: From 2005 to 2015 the number of NIH-funded clinical trials registered annually fell from 1,580 to 930, a drop of more than 40 percent. Over the decade, the NIH funded a total of 12,987 clinical trials that were registered.

“One would have hoped that this decline in numbers was compensated by a rise in larger-scale, higher-quality trials, but that wasn’t so,” Meinert says. The annual numbers for the smallest, phase 1 trials (early development) showed little change during the study period. However, the larger phase 2 and phase 3 trials (middle-development), and phase 4 trials (late-development) – which follow FDA approval of an intervention – fell steadily. The number of trials that were randomized – a key feature of trials that helps reduce systematic error in research – was also lower than expected.

Phase 3 trials are particularly important because they are meant to provide conclusive evidence of the effectiveness and safety of a candidate drug or other intervention in a larger sample. However, the numbers of NIH-funded phase 3 trials fell more sharply than those for any other phase trial, from 230 in 2005 to just 62 in 2015. The median sample size of the NIH-funded trials did not change significantly from year to year during the study window. Overall, for the 10-year period, the median sample size totaled just 64, corresponding to 32 people in a treatment group and 32 in a control group.

“The sample size is a serious issue,” Meinert says. “The NIH trial sizes in general seem to have been too small – many would have been unlikely to detect meaningful differences in outcomes.”

The total number of trials by each NIH institute in the 10-year period varied widely, with the National Cancer Institute (4,987 trials total over the 2005-2015 period) far ahead of any other NIH organization. But the trend towards fewer trials was seen mostly across the board. While the authors highlight that the study results were reported under the assumption that all NIH-funded trials were registered during this time period and that the publicly available trial database used for the analysis may not be perfect, the overall trends still paint a grim picture.

The researchers note that the decline in the annual numbers of NIH-funded trials is due at least partly to the decline in the NIH budget in real terms. The institutes’ budget in fiscal year 2015 ($30 billion) was nominally the same as its budget in 2005 ($29 billion), Meinert notes, “but because of inflation during that decade the purchasing power of that sum was about 20 percent lower.”

“Characteristics and trends of clinical trials funded by the National Institutes of Health between 2005 and 2015,” was written by Gillian K. Gresham, Stephan Ehrhardt, Jill L. Meinert, Lawrence J. Appel, and Curtis L. Meinert.