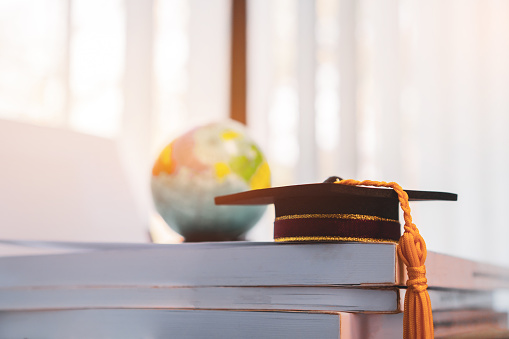 A Syrian pharmacist who fled his country due to persecution he faced as a relief worker providing essential medications to field hospitals in Aleppo has received a full tuition scholarship to attend the Master of Public Health (MPH) program at the Johns Hopkins Bloomberg School of Public Health. Hazem Rihawi is expected to start the 11-month program in July.

Rihawi is the third recipient of the scholarship awarded by the Bloomberg School MPH program in cooperation with the Johns Hopkins Center for Humanitarian Health in response to the worsening Syrian refugee crisis. The scholarship program is meant to annually support one individual—a health care worker—who has been displaced due to the conflicts in Afghanistan, Somalia, South Sudan or Syria.

Before leaving Syria in 2013, Rihawi spent nine years working as an industrial pharmacist for one of the largest pharmaceutical companies in the Middle East. Once in Turkey, he joined the Syrian American Medical Society (SAMS), the largest Syrian-led humanitarian group providing medical relief inside Syria. At SAMS, Rihawi led a working group in the development and implementation of emergency preparedness and response efforts, including a plan for everything from a potential cholera outbreak to the mass displacement of civilians during the Aleppo evacuation in December 2016. Deployment of the Aleppo siege and evacuation plan helped to save thousands of lives.

“Hazem used his experience to serve the Syrian people at some risk to himself. We are delighted that he will bring his commitment, insights and experience to the Bloomberg School and will be able to advance his work in health in crises,” says Paul Spiegel, MD, MPH, professor of International Health and director of the Center for Humanitarian Health at the Bloomberg School.

Rihawi plans to return to the region after he completes his MPH degree at the Bloomberg School to help rebuild Syria’s health care infrastructure, which has been ravaged by years of conflict.

“I feel obligated to help forge a better future for my country—so people can have their most basic health needs met,” says Rihawi. “I’m grateful for the opportunity to grow my skills at the Bloomberg School.”

Previous scholarship recipients are Alfred Tager, MD, and Mohammad Darwish, MD, both of whom originally hail from Damascus, the capital and Syria’s largest city.

For more information on the Center for Humanitarian Health in the Department of International Health at the Johns Hopkins Bloomberg School of Public Health, visit: www.hopkinshumanitarianhealth.org.