ICTR in the News: When There’s an Audience, People’s Performance Improves 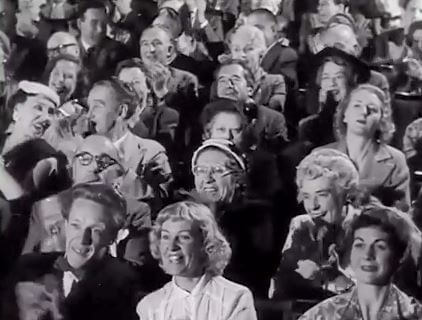 Often people think performing in front of others will make them mess up, but a new study led by a Johns Hopkins University neuroscientist found the opposite: being watched makes people do better.

When people know they are being observed, parts of the brain associated with social awareness and reward invigorate a part of the brain that controls motor skills, improving their performance at skilled tasks. The findings, which could help people become more effective in the workplace and in school, are set to be published Friday in Social Cognitive and Affective Neuroscience.

“You might think having people watch you isn’t going to help but it might actually make you perform better,” said lead author Vikram Chib, an assistant professor of biomedical engineering at Johns Hopkins and the Kennedy Krieger Institute. “An audience can serve as an extra bit of incentive.”

Chib, who has studied what happens in the brain when people choke under pressure, originally launched this project to investigate how performance suffers under social observation. But it quickly became clear that in certain situations, having an audience spurred people to do better, the same way it would if money was on the line.

Previous studies have shown that when people are observed, brain activity jumps in areas of the brain known for thinking about others, even if people aren’t doing anything that others could judge. But researchers had not tested to what degree, if any, people in front of an audience might work harder in pursuit of a reward, or what happens in the brain during this type of social situation.

Chib and his co-authors devised an experiment, held at the California Institute of Technology, in which 20 participants performed a task and were paid a small amount of money contingent on how well they did. The task was a video game similar to Wii or Xbox Kinect. The participants performed the task both in front of an audience of two and with no one watching. Their brain activity was monitored with functional magnetic resonance imaging.

In essence, the presence of an audience, at least a small one, increased people’s incentive to perform well, Chib said, and the brain scans validated this by showing the neural mechanism for how it happens.

But if the audience was a lot bigger, and the sakes higher, the results could have gone the other way.

“Here people with social anxiety tended to perform better,” Chib said, “but at some point, the size of the audience could increase the size of one’s anxiety but we still need to figure that out.”

The co-authors are Ryo Adachi and John P. O’Doherty from the California Institute of Technology.