Brain scientist joined faculty in 1999, has served as chair of Department of Psychological and Brain Sciences for past four years

Susan Courtney, a brain scientist who has served as chair of the Department of Psychological and Brain Sciences at Johns Hopkins University for the past four years, will become the university’s next vice provost for faculty affairs, Provost Sunil Kumar announced in a message to university leadership today. 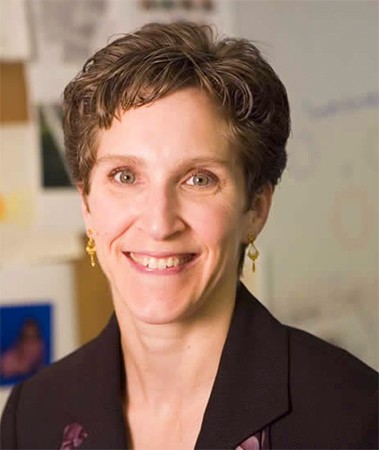 In her new role, Courtney will work closely with schools across Johns Hopkins to address pressing issues facing the faculty. She will work to identify opportunities to increase collaboration and faculty diversity, and will continue ongoing efforts to improve mentorship programs for junior faculty.

“[Courtney’s] leadership experience and prolific collaborations across the university make her ideally suited for this important position,” Kumar wrote.

Added Beverly Wendland, dean of JHU’s Krieger School of Arts and Sciences: “During her time at the Krieger School, Susan has demonstrated meticulous research methods and strong leadership skills, and she is held in the highest esteem by her colleagues and students. While we will miss working with Susan as chair of the Psychological and Brain Sciences department, I am pleased that so many Hopkins faculty members will now have the chance to benefit from her expertise and wisdom.”

Courtney will replace Chris Celenza, who will leave Johns Hopkins at the end of the academic year to become dean of Georgetown College, the oldest and largest of Georgetown University’s nine schools.

Courtney joined the Johns Hopkins faculty in 1999 after five years in the intramural research program at the National Institute of Mental Health. Her research focuses on using neuroimaging methods to study attention, memory, and cognitive control in the human brain.

She has joint appointments in the Department of Neuroscience at the School of Medicine, and at the Kennedy Krieger Institute in the F.M. Kirby Research Center for Functional Brain Imaging.

“I never really intended to get involved in university administration,” Courtney said. “I was quite happy with just doing my own research and teaching. I did notice, however, that I enjoyed research the most when I was collaborating with other faculty. Then I became the chair of PBS, … and I began to realize that I found the process of strengthening the department as a whole quite satisfying. I also really liked working with the other department chairs to learn from what they were doing that worked well.”

Courtney—who earned a bachelor’s degree in physics from Williams College and master’s and doctoral degrees in bioengineering from the University of Pennsylvania—added that being part of the search committees for new deans at the Krieger School and the Whiting School of Engineering furthered her appreciation for the meaningful impact Hopkins administrators can make.

“I’ve come to realize how important it is for the school to have administrative leaders, like those new deans, who have a positive vision and know how to work together with the faculty to fulfill that vision,” she said.

“The particular role of vice provost for faculty affairs appeals to me because of the current initiatives to improve faculty development, mentoring, and diversity,” she added. “These are really very intertwined needs at Hopkins, and I’m excited to help those efforts.”