ICTR in the News: Study Suggests That Cancer Survivors Are More Easily Fatigued 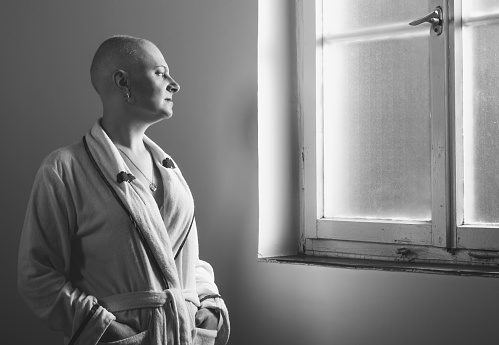 Adults who have undergone successful cancer treatment years or decades previously become fatigued more quickly than their peers who don’t have cancer histories, according to a new study in the journal Cancer from scientists at Johns Hopkins Bloomberg School of Public Health.

The scientists examined data from a long-running study of normal aging, which included periodic treadmill tests of fatigability as well as 400-meter walks to test endurance. They found that, on average, participants with a history of cancer treatment reported more fatigue in the treadmill tests and were slower to complete the endurance walks, compared to participants without a cancer history.

“The main goal of cancer treatment has been survival, but studies like this suggest that we need also to examine the longer-term effects on health and quality of life,” says study senior author Jennifer A. Schrack, PhD, Assistant Professor in the Bloomberg School’s Department of Epidemiology.

Looming concerns over the long-term adverse effects of cancer treatments are largely the result of the short-term successes of those treatments, which have left a growing population of cancer survivors: 16 million in the U.S. as of 2016. But studies suggest that cancer treatments’ lingering impacts are clinically real and often resemble an accelerated aging process, including cognitive impairments, heart disease, secondary cancers, and—most commonly—fatigue.

Fatigue as a general feeling is difficult to measure in an objective way, but Schrack and her colleagues, including lead author Gillian Gresham, a PhD candidate in the Bloomberg School’s Department of Epidemiology at the time of the study, examined it in the specific context of physical exertion.

Their dataset came from the Baltimore Longitudinal Study of Aging (BLSA), a project that has enrolled thousands of people in the Baltimore/Washington area since 1958 and generally follows them for life with periodic health checks. Since 2007, these checks have included measures of endurance and “fatigability” during walks and treadmill tests.

“Researchers at the National Cancer Institute suggested that we look at these BLSA data to see if there were differences in otherwise healthy older adult cancer survivors,” Schrack says. “We were surprised by the magnitude of the differences we found.”

The fatigability test for BLSA participants involved a 5-minute treadmill walk, after which they were asked to rate their perceived exertion on a scale of 6 to 20. Ratings over 10 were considered “high perceived fatigability.”

After adjusting for gender- and health-related differences between 334 participants who had a history of cancer and 1,331 who didn’t, the researchers found that a cancer history was associated with a 1.6 times greater risk of high perceived fatigability. The mean ages were 74 years for the 334 people in the cancer history group and 69 years for the 1,331 in the no-cancer history group. By comparison, the team found that being older than 65 years brought a 5.7 times greater risk of high perceived fatigability—implying that the effect of a cancer history was more than a third as large as the effect of aging past 65.

“These findings support the idea that a history of cancer is associated with higher fatigability and that this effect worsens with advancing age,” Schrack says.

She and her colleagues aim to follow-up with studies of larger groups of cancer survivors for whom there are more data on cancer type, treatment type, and other important factors. Such studies could distinguish the long-term adverse effects of different cancer treatment regimens, and could even help reveal the biological mechanisms underlying those adverse effects.

“The long-term goal is that doctors and patients will be able to take those specific long-term effects into account when they decide how to treat different cancers,” Schrack says.