The following article profiles work performed by ICTR researcher Erin Michos, M.D., M.H.S., associate professor of medicine at the Johns Hopkins University School of Medicine and member of the Ciccarone Center for the Prevention of Cardiovascular Disease. 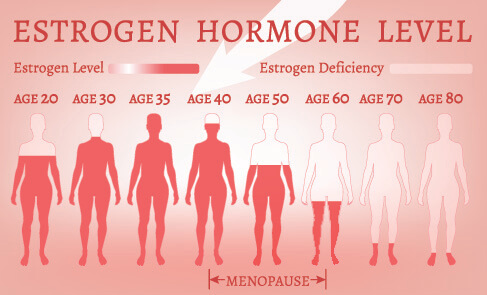 In an analysis of data collected from more than 2,800 women after menopause, Johns Hopkins researchers report new evidence that a higher proportion of male to female sex hormones was associated with a significant increased relative cardiovascular disease risk.

The researchers caution that theirs was an observational study that wasn’t designed or able to show or prove cause and effect. But they say the study, described online May 28 in the Journal of the American College of Cardiology, suggests that having a more male-like hormone profile seems to increase the risk of heart disease and strokes in postmenopausal women independent of other risk factors.

“A woman’s sex hormone levels and ratios of them isn’t something that physicians regularly check,” says Erin Michos, M.D., M.H.S., associate professor of medicine at the Johns Hopkins University School of Medicine and member of the Ciccarone Center for the Prevention of Cardiovascular Disease. “Because an imbalance in the proportion of testosterone (the main male sex hormone) to estrogen (the main female sex hormone) may affect heart disease risk, physicians may want to think about adding hormone tests to the toolbox of screenable risk factors, like blood pressure or cholesterol, to identify women who may be at higher risk of heart or vascular disease. But this needs further study.”

Decades of research have shown that, prior to menopause, women have lower heart disease rates than men, and because estrogen levels drop sharply after menopause, physicians once thought that replacing estrogen would reduce cardiovascular disease risk. That idea was essentially upended when results of a landmark women’s health study reported in 2002 showed that replacement female hormones weren’t necessarily protective and could possibly raise the risk of strokes, blood clots and heart disease.

Some experts have suggested that those results may have been skewed or exaggerated by the use of older forms of hormone therapy and the fact that it was given many years after menopause in the trials. Additionally, researchers had not focused on the body’s natural levels and ratios of sex hormones as an index of risk in their own right. The estrogen used in the most common hormone therapy preparation is in a different chemical form than that of the body’s natural premenopausal estrogen, estradiol.

For the new study, the researchers looked at data from 2,834 postmenopausal women who had participated in the federally funded Multi-Ethnic Study of Atherosclerosis (MESA). Participants were an average age of 65 at the start of the study, and 38 percent white, 28 percent African-American, 22 percent Hispanic and 12 percent Chinese-American.

At an initial visit that took place between 2000 and 2002, researchers took blood samples and measured levels of testosterone and estradiol.

Over 12 years of follow up, the women had 283 instances of cardiovascular disease, including 171 instances of coronary heart disease and heart attacks, 88 strokes and 103 instances of heart failure as determined by medical records, hospitalizations, telephone interviews and death certificates.a

“Although our study adds to evidence that higher estradiol relative to testosterone may have a protective effect on the cardiovascular system in older women, it is premature to advise them to take hormone therapy to reduce their risk,” says Di Zhao, Ph.D., research associate at Johns Hopkins and the lead author of the published research results. “At this point, doctors may want to step up their advice to women to reduce other known risk factors after menopause,” Zhao says.

As to why these hormones may affect risk, Michos says there is ample evidence from other studies in women that testosterone can raise blood pressure and contribute to insulin resistance, which are harmful effects, whereas estrogen relaxes blood vessels and lowers bad cholesterol levels, which tend to be good things for the heart and vascular systems.

According to the U.S. Centers for Disease Control and Prevention, heart disease remains by far the No. 1 killer of women in the United States and accounts for one out of every four deaths.