ICTR in the News: Scientists Discover a Key Function of ALS-Linked Protein 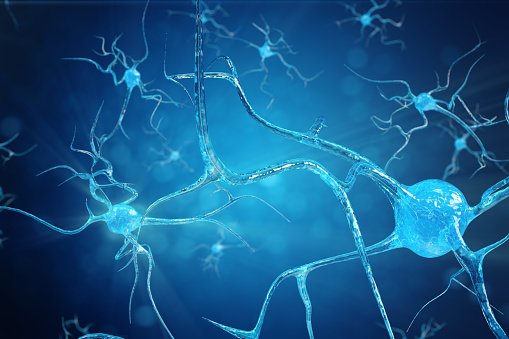 The protein FUS, whose mutation or disruption causes many cases of amyotrophic lateral sclerosis (ALS) and frontotemporal dementia (FTD), works as a central component of one of the most important regulatory systems in cells, according to a new study in Molecular Cell from scientists at Johns Hopkins Bloomberg School of Public Health.

Precisely what FUS does in cells and why its dysfunction causes the deaths of neurons in ALS and FTD has long been a mystery. The scientists found evidence, though, that FUS is a key part of a system called the microRNA-mediated gene silencing system, which fine-tunes cellular activity by blocking the translation of certain genes into proteins.

“Thousands of microRNAs work in cells as part of this system, so our findings suggest that the disruption of FUS could lead to widespread failures of normal gene-expression regulation, which in turn could contribute to the development of these neurodegenerative diseases,” says study senior author Jiou Wang, MD, PhD, associate professor in the Bloomberg School’s Department of Biochemistry and Molecular Biology. “Knowing how these diseases arise should of course be helpful in devising strategies to treat them.”

ALS, which affects about 30,000 Americans at any one time, features the degeneration of muscle-controlling neurons in the brain and the spinal cord, ultimately leading to respiratory failure. Most patients die within a few years of the first appearance of symptoms. FTD is the second most common dementia after Alzheimer’s disease in people younger than 65, and primarily involves the degeneration of frontal and temporal lobe neurons, with associated disruptions to cognitive and executive functions. It progresses to profound dementia and immobility and usually is fatal within a decade of diagnosis.

Researchers first linked inherited FUS mutations to subsets of ALS and FTD cases in 2009. Since then, studies have found that even when it is not mutated, the protein often exists in abnormal clumps outside the cell nucleus where it normally works. That suggests its disruption is a common event in the disease process.

Knowing what FUS normally does in cells should provide clues to how ALS and FTD originate. FUS is an RNA- and DNA-binding protein and works mainly in the cell nucleus. It has been shown to be involved in repairing DNA damage. It also has been linked to the regulation of gene expression—disrupting FUS causes changes in the levels of some microRNAs, small RNA molecules that help regulate whether genes get translated into proteins. But the protein’s full set of functions and how they relate to ALS and FTD have never been clear.

Wang and his colleagues began their study with the discovery that FUS binds to a protein called Argonaute2, a member of the Argonaute family of proteins. Argonautes are a key part of the microRNA gene silencing system in cells. The microRNAs guide Argonautes to specific targets, the RNA transcripts of genes—called messenger-RNAs—which ordinarily would be translated into proteins. The Argonautes destroy these messenger-RNA targets, typically by cutting them in two. The system is an important regulator of the activities of cells, meant to keep them healthy and working amid fast-changing conditions and stresses. The finding that FUS associates with a key Argonaute protein suggested to Wang and his team that it too may be an important and central part of this system.

In further experiments, the scientists showed that removing FUS from cells, or replacing it with a mutant, ALS-linked version, dramatically reduces the silencing activity of several microRNAs whose targets are suspected of contributing to ALS. The impact on microRNAs was likely much broader than that, though, for the researchers observed changes in the levels of hundreds of gene transcripts. Many of the more-altered ones are known to be involved in important brain processes, hinting that there could be a strong impact on brain cells.

The team showed that an evolutionarily distant version of FUS exists in the roundworm C. elegans, a much-studied lab animal, where it is required for maximizing the efficiency of microRNA-mediated gene silencing. They concluded from their experiments that FUS has this role in mammals too, and accomplishes it as a helper protein that interacts with Argonaute2, microRNAs, and the microRNAs’ messenger-RNA targets.

“It is thought to be a challenge for Argonaute proteins and microRNAs to find messenger-RNA targets efficiently,” Wang says. “Our study suggests that FUS is part of a class of RNA-binding proteins that facilitate this guiding and targeting.”

That in turn suggests—and indeed the study’s results directly show—that a disruption of FUS such as an ALS-linked mutation will impair the microRNA-based regulation of a large number of genes. Although the precise reasons for the deaths of neurons in ALS and FTD aren’t yet clear, the affected cells might be those that are especially vulnerable to this particular type of large-scale gene dysregulation.

Wang and colleagues are now doing further studies to determine whether there are other RNA-binding proteins that have this same microRNA-helper function. If so, they may be relevant to ALS and other neurodegenerative diseases.

“We are interested in using these studies to develop new biomarkers of neurodegenerative disease as well as treatment strategies,” Wang says.

Support for the research was provided by the National Institutes of Health (NS074324, NS089616), the Packard Center for ALS Research at Johns Hopkins, the ALS Association, and the Muscular Dystrophy Association.