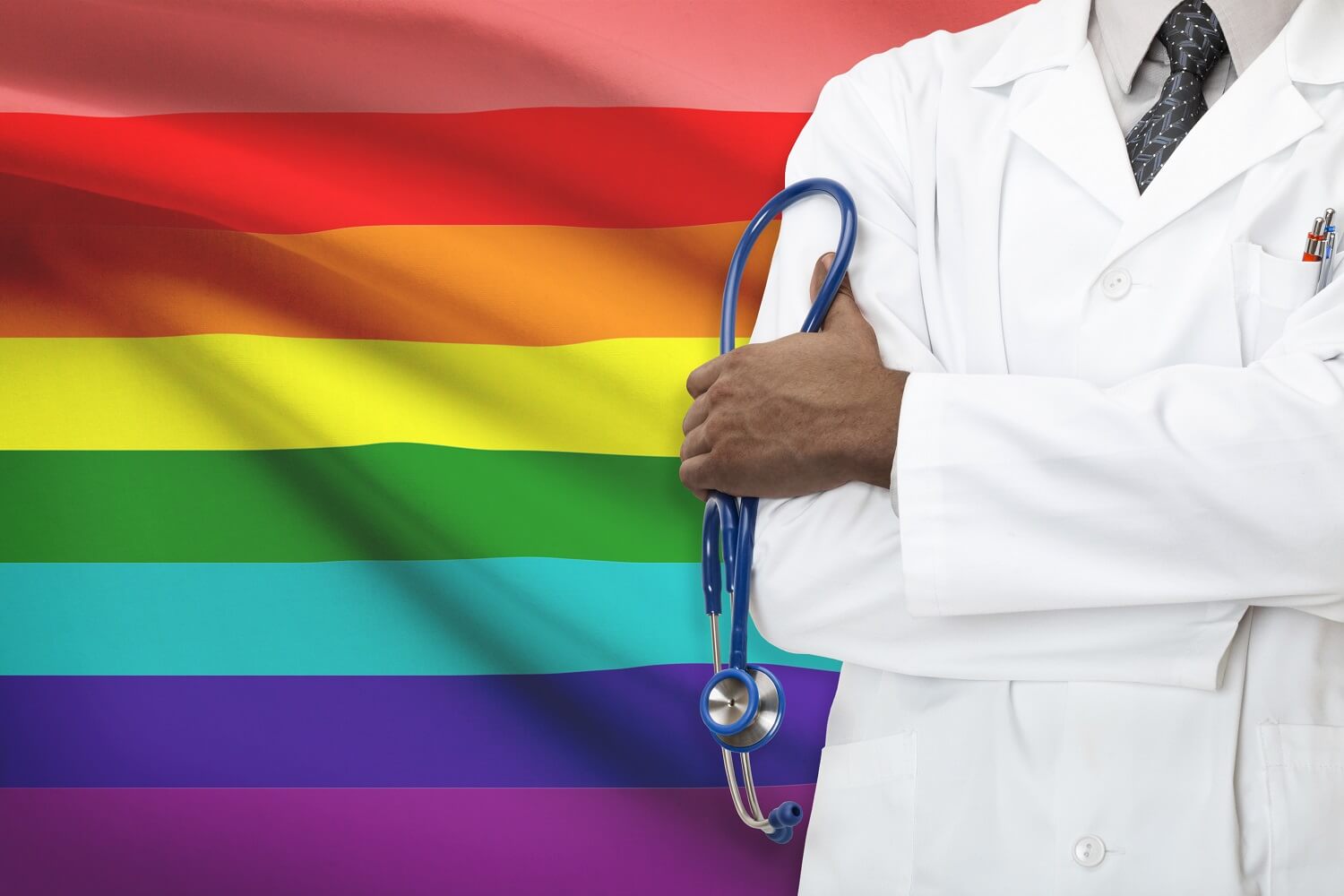 While nearly 80 percent of health care providers believe patients would refuse to share their sexual orientation, only 10 percent would actually refuse. Credit: iStock

A study that surveyed a national sample of emergency department health care providers and adult patients suggests that patients are substantially more willing to disclose their sexual orientation than health care workers believe.

In a report on the study, published in JAMA Internal Medicine on April 24, the researchers found that nearly 80 percent of health care professionals believed patients would refuse to provide sexual orientation information, while only 10.3 percent of patients reported they would refuse.

Closing that disclosure gap, the investigators say, has the potential to improve the care of lesbian, gay and bisexual patients, a population with historically poorer overall health and less access to health care and insurance compared to the straight population.

An estimated 8 million American adults identify as lesbian, gay or bisexual, according to government sources.

The new research, part of the EQUALITY Study, is a collaborative effort among researchers at the Johns Hopkins University School of Medicine, Brigham and Women’s Hospital and Harvard Medical School.

“Unlike racial/ethnic and age data, information about sexual orientation and gender identity has not been collected routinely in health care settings, which limits the ability of researchers and clinicians to determine the unique needs of the lesbian, gay and bisexual communities,” says Brandyn Lau, M.P.H., C.P.H., assistant professor of surgery at the Johns Hopkins University School of Medicine and the report’s senior author.

“Health care providers haven’t collected these data, at least in part due to fear of offending patients, but this study shows that most patients actually would not be offended,” he says.

For the study, which the researchers believe is the first to compare patients’ and clinicians’ views about routine collection of sexual identity data, the scientists focused on emergency departments (EDs), which see more than 130 million visits annually in the U.S. EDs are the source of nearly half of inpatient hospital admissions in the U.S. and the primary point of entry for uninsured and underinsured patients, making them ideal locations for collecting sexual orientation information.

In the study’s first phase, the research team recruited 53 adult patients and 26 health care professionals from three community hospitals and two academic medical centers for qualitative interviews that lasted an average of one hour. The interviews took place between August 2014 and January 2015, and one of two researchers had a guided conversation with each participant about sexual orientation collection in the ED, barriers and facilitators to collection, and preferred methods of collection.

Similarly, many patients stated that sexual orientation was something health care professionals needed to know, not only for the sake of patients’ health care, but also for recognizing and normalizing the lesbian, gay and bisexual population.

“Our patients are telling us that routinely asking all patients who come to the ED about this information creates a sense of normalcy toward people of all sexual orientations and signals that each patient is equally welcome here, including the three to 10 percent of Americans who identify as lesbian, gay or bisexual,” says Adil Haider, M.D., M.P.H., Kessler Director of the Center for Surgery and Public Health at Brigham and Women’s Hospital and the paper’s first author.

In the next phase of the study, the research team conducted an online survey using a nationally representative sample from GfK’s KnowledgePanel and GfK’s Physician Consulting Network. GfK is a marketing research company with survey tools tailored to a variety of interests.

333 (77.8 percent) of all surveyed clinicians said patients would refuse to provide their sexual orientation if asked, but only 154 patients (10.3 percent) reported they would refuse to do so, indicating a significant discrepancy between what physicians and patients believe, the researchers said.

Both patients and clinicians indicated nonverbal self-report as the preferred method of sexual orientation information collection.

“We need to make collecting sexual orientation information a regular part of our practice, similar to how other demographic information such as age and race is collected, and because I don’t think providers will start consistently collecting these data on their own, clinics and hospitals need to mandate it,” says Lau.

As a next step, the research team will test different approaches to data collection, also as part of the EQUALITY Study.

Brandyn Lau is supported by the Institute for Excellence in Education Berkheimer Faculty Education Scholar Grant contract CE-12-11-4489 from the Patient Centered Outcomes Research Institute (PCORI) and grant 1R01HS024547 from the Agency for Healthcare Research and Quality.