ICTR in the News: Peer Influence, Better HIV Counseling Could Encourage More Boys in Africa To Be Circumcised 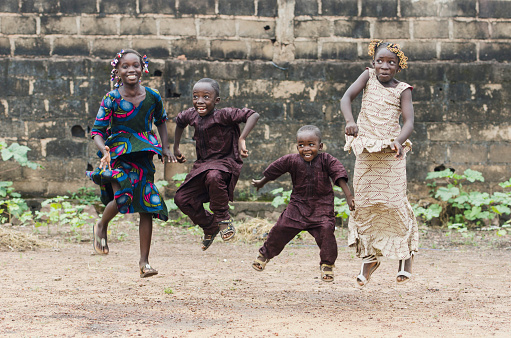 With research showing that male circumcision reduces the odds of getting HIV through heterosexual sex by 60 percent, more boys and young men – primarily those between the ages of 10 and 19 – are having the procedure done, largely in eastern and southern African nations where circumcision is rarely performed at birth.

But researchers, reporting April 3 in a special supplement of the journal Clinical Infectious Diseases, suggest that a focus on boys and young men is needed to continue progress in reducing new HIV infections. Since 2007, when the World Health Organization began recommending what is known as (VMMC) in countries with high HIV prevalence and low circumcision rates, more than 14.5 million procedures have been performed for HIV prevention in 14 countries in eastern and southern Africa. Nearly 3 million were done in 2016 alone. The WHO expects more than 500,000 new HIV infections will be averted through 2030.

The supplement focuses on the successes of VMMC, particularly in South Africa, Zimbabwe and Tanzania, but also looks at the lessons learned and improvements still needed in those nations.

Little is known about the quality of health counseling received by boys and young men in sub-Saharan Africa. Reproductive health and HIV prevention services traditionally target women, and the VMMC experience gives providers an opportunity to engage young males in a lifetime of prevention activities. Researchers found there were missed opportunities with boys who chose circumcision to fully educate them about other steps they can take to prevent HIV throughout their lives.

“These VMMC-related counseling experiences may be more effective in providing complete HIV prevention and care messaging if all adolescents are given age- and sexual experience-appropriate information during counseling sessions,” says Lynn Van Lith, who directs HIV  programming at the Johns Hopkins Center for Communication Programs and who led the research project. “This research shows that, while we are very successful at providing a positive circumcision experience, there is more we can do to set these young men on a path toward a healthy life free of HIV.”

Among the topics covered in the supplement are the roles of parents and peers in determining whether a boy chooses to become circumcised; whether boys are being properly counseled about HIV and health risks before the procedure; and whether their counselors are properly trained to provide vital information about condoms and other family planning to boys following the procedure.

For the study, researchers from the Johns Hopkins Center for Communication Programs and the Johns Hopkins University School of Medicine surveyed 1,526 adolescent males between the ages of 10 and 19 who underwent circumcision at 14 sites across South Africa, Tanzania and Zimbabwe between June 2015 and September 2016.

One set of findings published in the journal suggests that a driving factor for adolescents undergoing the procedure is pressure, from friends and parents and from girls who prefer boys who have been circumcised because they know it reduces HIV risk.

“I have heard some girls saying, ‘We now want guys who are circumcised, we no longer want the uncircumcised ones as they may have [HIV/AIDS]’,” one uncircumcised 16-year-old from Zimbabwe told researchers.

“Circumcised males are clean and they are attractive; a person who is uncircumcised carries a lot of infections on his foreskin, he must be very dirty and girls run away from him,” a 19-year-old woman from Tanzania said.

Across all countries and age groups, nearly all of the clients interviewed said they were satisfied with the experience, and between 88 and 100 percent said they would likely recommend the procedure to their peers.

At minimum, the WHO recommends that males undergoing VMMC receive HIV testing, HIV prevention counseling, screening/treatment for sexually transmitted infections, condom promotion and the VMMC procedure itself. One study in the supplement found that many younger boys were not receiving the whole package of services, with providers seemingly reluctant to discuss sexually transmitted infections with them.

“The young ones do not even know what condoms are; although the guidelines tell us to discuss condoms even with children, we do not discuss them with young children,” one provider from Zimbabwe told researchers.

A provider from Tanzania said: “We teach the children about HIV, but I think this is a bit [beyond their understanding]. … There must be a language that we can use with children and a language which we can use with adults. The language used in the guidelines is sufficient for adults, but I stammer when I talk to children.”

Another paper in the supplement found that older adolescents were more likely to report receiving HIV test education and promotion (42.7 percent vs 29.5 percent for boys 10-14) and a condom demonstration with condoms to take home (16.8 percent vs 4.4 percent). Overall, very few young men, regardless of age, received complete information about wound care, risks and benefits of VMMC and the reasons why HIV testing is important.

“There were many inconsistencies among age groups when it came to counseling,” says Aaron A.R. Tobian, the Johns Hopkins physician who helped lead the study. “Incomplete information was given to younger males especially. This is a lost opportunity for HIV prevention.”