The following article profiles work performed by ICTR researcher Elizabeth J. Letourneau, PhD, a professor in the Bloomberg School’s Department of Mental Health and director of the Moore Center for the Prevention of Child Sexual Abuse, who utilized our Biostatistics Consulting Service. 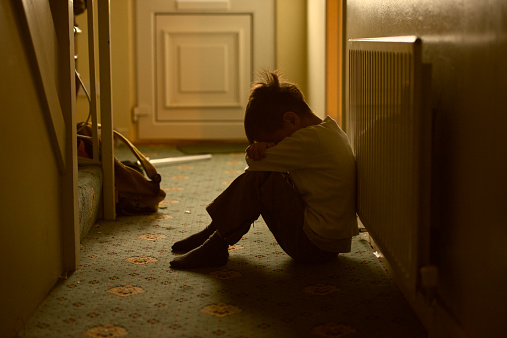 A new study at the Johns Hopkins Bloomberg School of Public Health found that the annual economic impact of child sexual abuse in the U.S. is far-reaching and costly: In 2015, the total economic burden was approximately $9.3 billion and includes costs associated with health care, child welfare, special education, violence and crime, suicide and survivor productivity losses.

The study, published in the May 2018 edition of the journal Child Abuse and Neglect, used data from the National Child Abuse and Neglect Data System to gather a full census of all child sexual abuse cases reported to child protective agencies across the U.S. In addition to estimating the 2015 annual cost, the researchers calculated the average lifetime cost per victim based on specific categories such as health care, child welfare, etc. These costs were tied to the incremental effects of child sexual abuse, over and above what the cost would be to someone who wasn’t a victim of child sexual abuse. All costs were estimated in U.S. dollars and adjusted to the reference year 2015 using the gross domestic product deflator.

“Most people appreciate the immense mental and physical health toll of child sexual abuse on victims, but that knowledge has been insufficient to prompt serious investment in primary prevention efforts,” says study author Elizabeth J. Letourneau, PhD, a professor in the Bloomberg School’s Department of Mental Health and director of the Moore Center for the Prevention of Child Sexual Abuse. “I hope that presenting a credible estimate of the fiscal toll of child sexual abuse will inspire policymakers to designate resources toward the development, evaluation and dissemination of prevention efforts that protect children from experiencing their first abuse, rather than focusing almost solely on after-the-fact approaches.”

Previous studies have found that there are many negative effects that reach beyond the immediate event and include increased risk for mental, physical and behavioral health disorders across victims’ lifetimes. Child sexual abuse is also associated with an increased risk of sexually transmitted diseases including HIV, self-inflicted injury, substance use disorders and violence.

Limitations of the current study include limited availability of high-quality data on the economic impact of nonfatal child sexual abuse on male victims. Also, it was difficult to estimate the appropriate valuation of the quality-of-life loss. Lastly, the estimate of total lifetime economic burden of child sexual abuse is likely to be underestimated because researchers relied on reported cases and it has been widely recognized that these cases are underreported.

A current estimate of the economic burden of child sexual abuse in the U.S. is a critical step for drawing attention to the need for more robust prevention efforts, which include an increase in federal funding for child sexual abuse prevention research. Research shows that credible cost estimates for illnesses help the public and policymakers identify public health problems and demonstrate the impact on individuals and societies. The availability of accurate, up-to-date estimates will contribute to policy analysis, facilitate comparisons with other public health problems and support future economic evaluations of child sexual abuse-specific policy and practice.

The research was funded by the Moore Center for the Prevention of Child Sexual Abuse, Johns Hopkins Bloomberg School of Public Health, Baltimore, MD.