The following article profiles work performed by ICTR researcher Susan Sherman, PhD, MPH, a professor in the Department of Health, Behavior and Society who focuses on improving the health of marginalized and at-risk populations, particularly sex workers and people who use drugs. 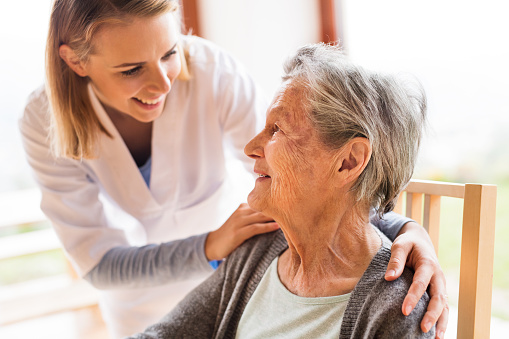 A new center led by Johns Hopkins Bloomberg School of Public Health researcher Susan Sherman, PhD, MPH, has opened in Baltimore. Sherman is a professor in the Department of Health, Behavior and Society who focuses on improving the health of marginalized and at-risk populations, particularly sex workers and people who use drugs. The center will be managed by program director Emily Clouse, MSPH, a nonprofit management and social justice expert.

SPARC, which stands for Sex Workers Promoting Action, Risk Reduction, and Community Mobilization, is one of the first comprehensive, full-service centers in the nation focused on providing services to women, particularly female sex workers. Located in southwest Baltimore’s Pigtown neighborhood, the center provides women with drop-in services such as showers, lockers and laundry as well as addiction management, mental health counseling, reproductive health care, testing and treatment for sexually transmitted infections and other critical health services.

The center is a part of a larger project Sherman leads—EMERALD—which is funded by the National Institute of Drug Abuse (NIDA) and focuses on tracking and following up with sex workers in Baltimore. The center has also received donations from a number of local organizations, including Johns Hopkins University, and has a handful of community partners including the Baltimore City Health Department, Behavioral Health Leadership Initiative and Legal Aid. In addition to the full-service drop-in center, SPARC is training peer educators to conduct HIV prevention outreach on the streets of Baltimore to female sex workers.

“We want this harm-reduction center to promote community-level change and to positively impact the lives of women in Baltimore,” says Sherman. “SPARC is a place where women can find a community to support them, take care of their immediate needs and, when ready, can access medical and mental health services.”

Sherman’s SPARC study focuses on the effects of a structural-level intervention with sex workers in Baltimore. Her research has found that there are a number of structural barriers, including extensive sexual and physical violence, unstable housing and drug dependence, that exacerbate women’s risks as well as the importance of a central location, with community-based services like SPARC’s, to address women’s needs.

In addition to her roles of Bloomberg School professor and founder of SPARC, Sherman is also the co-director of the Baltimore HIV Collaboratory and a member of the Executive Leadership Committee of the Johns Hopkins Center for AIDS Research. She co-leads the Addiction and Overdose workgroup of the Bloomberg American Health Initiative. She serves on several Baltimore City and state advisory commissions on syringe exchange and overdose prevention initiatives and as the Board Secretary of the National Harm Reduction Coalition.

SPARC opened its doors to the public and began providing services in November 2017. In its  first six months, SPARC has served an estimated 160 women with over 600 visits to the center in total. The center partners with a number of agencies in Baltimore City who provide onsite services such as the Baltimore City Health Department, which offers HIV/STI testing and counseling and reproductive health services; Healthcare for the Homeless, which provides individual and group therapy, and the Behavioral Health Leadership Institute, which provides addiction management and treatments.

“Our partners make the services the center provides possible,” says SPARC’s program director Emily Clouse. “We want to meet people where they are in their lives and provide services that help them reduce harmful behaviors. We want to be a part of the community for many years.”

To continue to connect with the community and clients in innovative ways, in June 2018, SPARC is hosting an art exhibit which showcases paintings featuring three different representations of eight of the women who are SPARC clients. Led by an artist from Washington, D.C., the project aims to highlight the positivity and happiness in their lives. Each painting is accompanied by a narrative about the women, and the gallery also features a short film. The exhibit is open through the end of June by appointment at 410-624-7554.