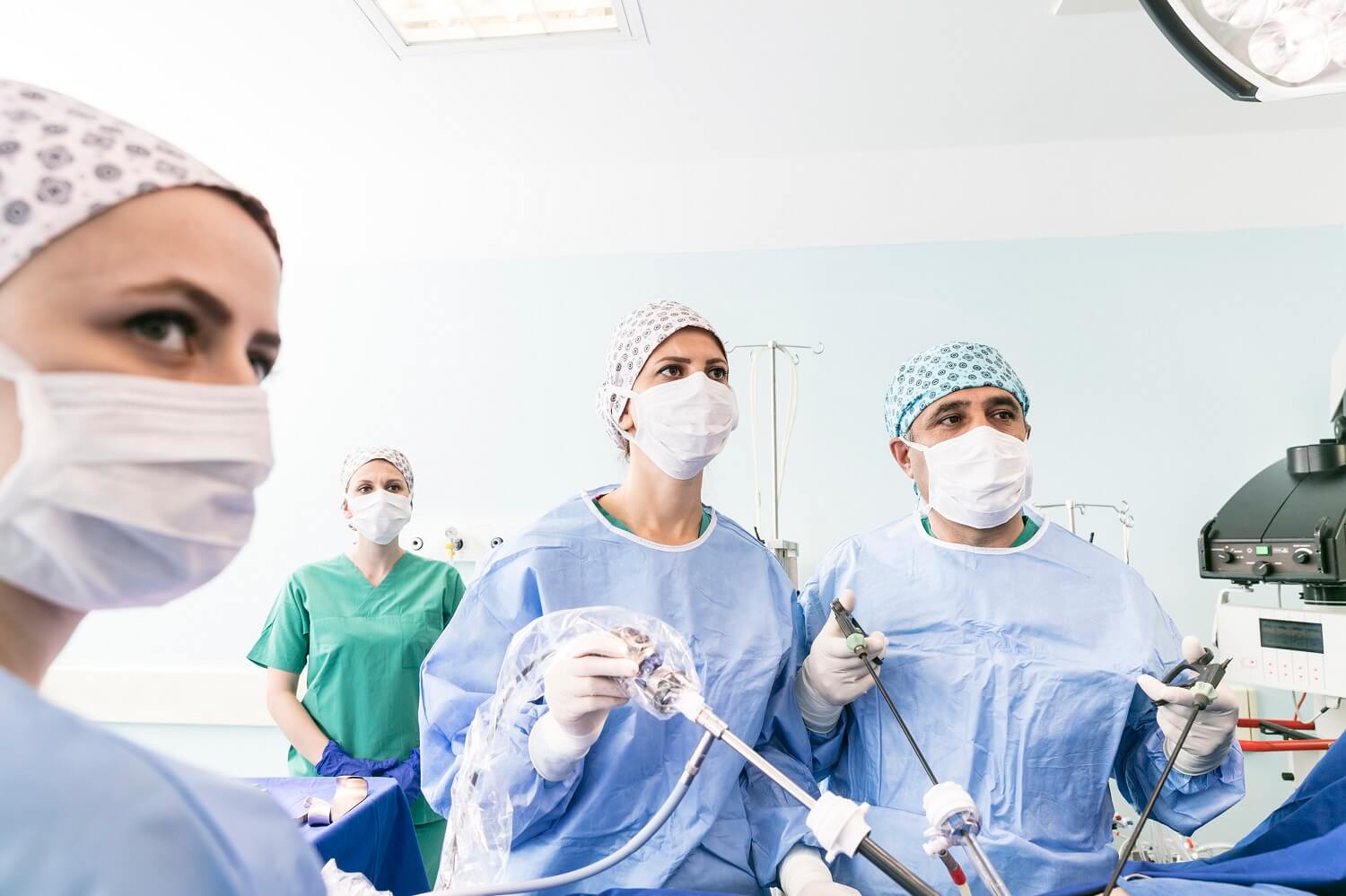 Minimally invasive surgeries are associated with improved outcomes, but older patients undergo far fewer of them than the general population, a new study finds. Credit: iStock

A study of more than 200,000 Medicare patients who had common surgical procedures shows that, compared to the general population, they underwent far fewer minimally invasive operations, whose benefits include lower rates of complications and readmissions, along with shorter hospital stays.

A report of the findings, published Feb. 26 in Surgical Endoscopy, suggests that the disparities short-circuit the potential for better care and cost savings, researchers say.

“This study shows there is an opportunity for Medicare and other payers to spend health care dollars more wisely so that they reward high-value care over low-value care” says Martin Makary, M.D., M.P.H., professor of surgery at the Johns Hopkins University School of Medicine and a widely published expert on health care disparities and quality improvement programs.

The Centers for Medicare & Medicaid Services accounts for the second largest government expenditure (the military is first), and Medicare — the federal insurance program for those over 65, younger disabled people and those with end-stage kidney disease — insures roughly a quarter of all Americans, says Makary. All told, Medicare expenditures were nearly $600 billion in 2016.

In an effort to highlight potential efficiencies and cost savings, Makary and his team focused on the use of minimally invasive surgery (MIS) in elderly patients. Previous studies have shown that MIS is associated with lower postoperative complication rates, readmission rates, mortality and health care costs, as well as shorter lengths of stay. These improved outcomes stand to benefit elderly patients as much as nonelderly patients, yet MIS is still underused. For select operations, the use of MIS nearly eliminates the risk of a wound infection, and for others, it halves the overall complication rate.

Makary says that complication prevention is a key goal in older, sometimes frail patients because a single complication can lead to a cascade of harmful and costly events. The new study provides a comprehensive review of data for seven surgical procedures: cholecystectomy (gallbladder removal), bariatric, colectomy, hysterectomy, inguinal hernia, thoracic and ventral hernia.

For the study, Makary and colleagues used the 2014 Medicare Provider Analysis and Review Inpatient Limited Data Set to identify patients who underwent the seven common procedures. The research team also evaluated odds of complications and readmissions for any cause within 30 days.

An analysis of Medicare costs also showed that MIS costs were lower for four procedures. And overall, MIS use was greater in the general population than in Medicare population for all procedures.

One limitation of the study was that candidacy for MIS can be difficult to determine on a population level. But, he said, he believes that the study supports the idea that “underuse of MIS for eligible candidates in the Medicare population is an example of low-value care.”

Funding for this study was provided by The Rodda Family Partnership, LTD.