ICTR in the News: Lead and Other Toxic Metals Found in E-Cigarette ‘Vapors’ 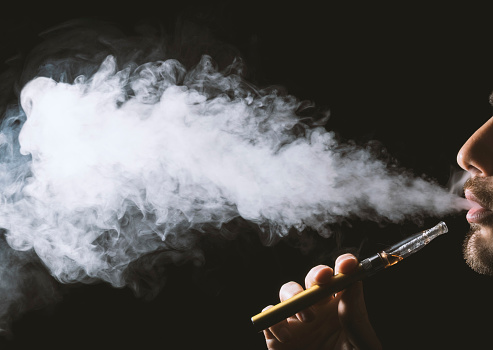 Significant amounts of toxic metals, including lead, leak from some e-cigarette heating coils and are present in the aerosols inhaled by users, according to a study from scientists at Johns Hopkins Bloomberg School of Public Health.

In the study, published online in Environmental Health Perspectives on February 21, the scientists examined e-cigarette devices owned by a sample of 56 users. They found that significant numbers of the devices generated aerosols with potentially unsafe levels of lead, chromium, manganese and/or nickel. Chronic inhalation of these metals has been linked to lung, liver, immune, cardiovascular and brain damage, and even cancers.

The Food and Drug Administration has the authority to regulate e-cigarettes but is still considering how to do so. The finding that e-cigarettes expose users—known as vapers—to what may be harmful levels of toxic metals could make this issue a focus of future FDA rules.

“It’s important for the FDA, the e-cigarette companies and vapers themselves to know that these heating coils, as currently made, seem to be leaking toxic metals—which then get into the aerosols that vapers inhale,” says study senior author Ana María Rule, PhD, MHS, an assistant scientist in the Bloomberg School’s Department of Environmental Health and Engineering.

E-cigarettes typically use a battery-supplied electric current that passes through a metal coil to heat nicotine-containing “e-liquids,” creating an aerosol—a mix including vaporized e-liquid and tiny liquid droplets. Vaping, the practice of inhaling this aerosol as if it were cigarette smoke, is now popular especially among teens, young adults and former smokers. A 2017 survey of 8th-, 10th- and 12th-grade students in public and private schools, sponsored by the National Institute on Drug Abuse, found that about one in six had used e-cigarettes in the previous 30 days.

Vaping is popular in part because it provides the nicotine “hit” and the look and feel of tobacco-smoking but without smoking’s extreme health risks. Evidence that vaping isn’t entirely safe continues to accumulate, however. Recent studies have found that e-cigarette liquids contain flavorings and other chemicals that harm cells in standard toxicology tests. Other studies, including onelast year from Rule’s group, have detected significant levels of toxic metals in e-liquids exposed to the e-cigarette heating coil.

For the new study, Rule and her colleagues, including lead author Pablo Olmedo, PhD, who was a postdoctoral researcher at the Bloomberg School at the time of his work on the study, recruited 56 daily e-cigarette users from vaping conventions and e-cigarette shops around Baltimore during the fall of 2015. Working with participants’ devices, which they brought to the researchers’ lab at the Bloomberg School, the scientists tested for the presence of 15 metals in the e-liquids in the vapers’ refilling dispensers, the e-liquids in their coil-containing e-cigarette tanks and in the generated aerosols.

Of the metals significantly present in the aerosols, lead, chromium, nickel and manganese were the ones of most concern, as all are toxic when inhaled. The median lead concentration in the aerosols, for example, was about 15 µg/kg, or more than 25 times greater than the median level in the refill dispensers. Almost 50 percent of aerosol samples had lead concentrations higher than health-based limits defined by the Environmental Protection Agency. Similarly, median aerosol concentrations of nickel, chromium and manganese approached or exceeded safe limits.

“These were median levels only,” Rule says. “The actual levels of these metals varied greatly from sample to sample, and often were much higher than safe limits.”

E-cigarette heating coils typically are made of nickel, chromium and a few other elements, making them the most obvious sources of metal contamination, although the source of the lead remains a mystery. Precisely how metals get from the coil into the surrounding e-liquid is another mystery. “We don’t know yet whether metals are chemically leaching from the coil or vaporizing when it’s heated,” Rule says. In an earlier study of the 56 vapers, led by Angela Aherrera, MPH, a DrPH student at the Bloomberg School, the levels of nickel and chromium in urine and saliva were related to those measured in the aerosol, confirming that e-cigarette users are exposed to these metals.

The researchers did observe, however, that aerosol metal concentrations tended to be higher for e-cigarettes with more frequently changed coils—suggesting that fresher coils give off metals more readily.

The researchers also detected significant levels of arsenic, a metal-like element that can be highly toxic, in refill e-liquid and in the corresponding tank e-liquid and aerosol samples from 10 of the 56 vapers. How the arsenic got into these e-liquids is yet another mystery—and another potential focus for regulators.

Rule and her team are now planning further studies of vaping and metal exposures, with particular attention to their impacts on people. “We’ve established with this study that there are exposures to these metals, which is the first step, but we need also to determine the actual health effects,” she says.