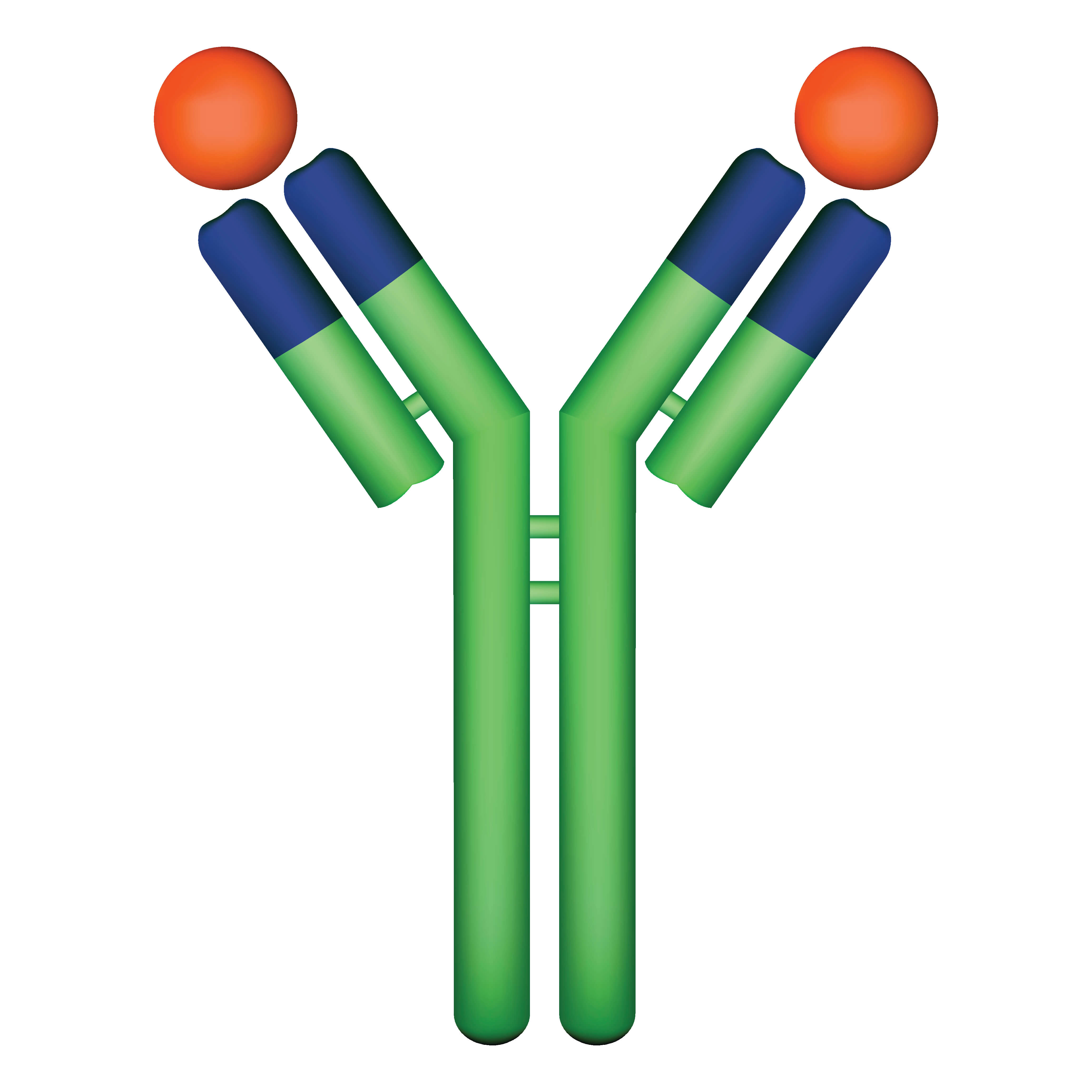 An antibody molecule is shaped like a Y with two arms that can be fused to other molecules that can act to “trap” surrounding proteins. Credit: iStock

Johns Hopkins researchers have invented a new class of cancer immunotherapy drugs that are more effective at harnessing the power of the immune system to fight cancer. This new approach, which was reported in Nature Communications, results in a significant decrease of tumor growth, even against cancers that do not respond to existing immunotherapy.

“The immune system is naturally able to detect and eliminate tumor cells. However, virtually all cancers — including the most common cancers, from lung, breast and colon cancers to melanomas and lymphomas — evolve to counteract and defeat such immune surveillance by co-opting and amplifying natural mechanisms of immune suppression,” says Atul Bedi, M.D., M.B.A., an associate professor of otolaryngology — head and neck surgery at the Johns Hopkins University School of Medicine, a member of the Johns Hopkins Kimmel Cancer Center and Bloomberg~Kimmel Cancer Institute for Cancer Immunotherapy, and senior author of the study.

A major way tumors evade the immune system is via regulatory T cells (Tregs), a subset of immune cells that turn off the immune system’s ability to attack tumor cells. Tumors are frequently infiltrated by Tregs, and this is strongly correlated with poor outcome in multiple cancer types.

Many tumors produce high levels of a protein that promotes the development of Tregs. Bedi’s team reasoned that since Tregs in the tumor shut down immune responses against tumor cells, turning off Tregs may help immunotherapy work better.

“This is especially challenging because Tregs are not only induced by the TGFbeta (transforming growth factor-beta) protein made by tumor cells, but make their own TGFbeta to maintain their identity and function in the tumor,” says Bedi. Tregs also make cytotoxic T-lymphocyte associated protein 4 (CTLA-4), which prevents anti-tumor immune cells from acting.

To address this problem, the researchers invented a new class of immunotherapy drugs they called Y-traps. Each Y-trap molecule is an antibody shaped like a Y and fused to a molecular “trap” that captures other molecules nearby, rendering them useless.

The researchers first designed a Y-trap that targets CTLA-4 and traps TGFbeta. This Y-trap disables both CTLA-4 and TGFbeta, which allows anti-tumor immune cells to fight the tumor and turns down Treg cells.

To test the Y-traps, the team transplanted human cancer cells into mice engineered to have human immune cells. The researchers found that their Y-trap eliminated Treg cells in tumors and slowed the growth of tumors that failed to respond to ipilimumab, a current immunotherapy drug that targets the CTLA-4 protein.

“Tregs have long been a thorn in the side of cancer immunotherapy,” says Bedi. “We’ve finally found a way to overcome this hurdle with this CTLA-4-targeted Y-trap.”

Antibodies to another immune checkpoint protein, PD-1, or its ligand (PD-L1), are a central focus of current cancer immunotherapy. While they work in some patients, they don’t work in the vast majority of patients.

The research team designed a Y-trap targeting PD-L1 and trapping TGFbeta. Tested against the same engineered mice, they found that their Y-trap works better than just PD-L1-targeting drugs atezolizumab and avelumab. Again, this Y-trap slowed the growth of tumors that previously had not responded to drugs.

“These first-in-class Y-traps are just the beginning. We have already invented a whole family of these multifunctional molecules based on the Y-trap technology. Since mechanisms of immune dysfunction are shared across many types of cancer, this approach could have broad impact for improving cancer immunotherapy,” says Bedi. “Y-traps could also provide a therapeutic strategy against tumors that resist current immune checkpoint inhibitors.”

“This approach appears to be an innovative strategy, and an exciting technical accomplishment to target multiple suppressive mechanisms in the tumor microenvironment,” says Robert Ferris, M.D., Ph.D., professor of oncology and director of the Hillman Cancer Center at the University of Pittsburgh. Ferris was not connected with the study. “I look forward to seeing its translation into the clinic.”

Bedi envisions using Y-traps not only for treatment of advanced, metastatic cancers, but also as a neoadjuvant therapy to create a “vaccine” effect — that is, giving them to patients before surgery to prevent recurrence of the disease.

This work was supported by National Institutes of Health grants R01 CA184199 and SPORE P50 DE019032, and a Maryland Innovation Initiative award from the Maryland Technology Development Corp. to Atul Bedi and Rajani Ravi.

COI: Bedi and Ravi are inventors on U.S., European and Japanese patents covering antibody-ligand traps assigned to The Johns Hopkins University and licensed to Y-Trap Inc., a company that is developing the Y-trap technology platform. Bedi and Ravi, along with Evgeny Izumchenko, Ivan Borrello and Kimberly Noonan, are founders and stockholders of Y-Trap Inc.