ICTR in the News: ‘Immunomap’ Suggests More is Better When it Comes to Immune Cell Receptors and Patients’ Response to Immunotherapy 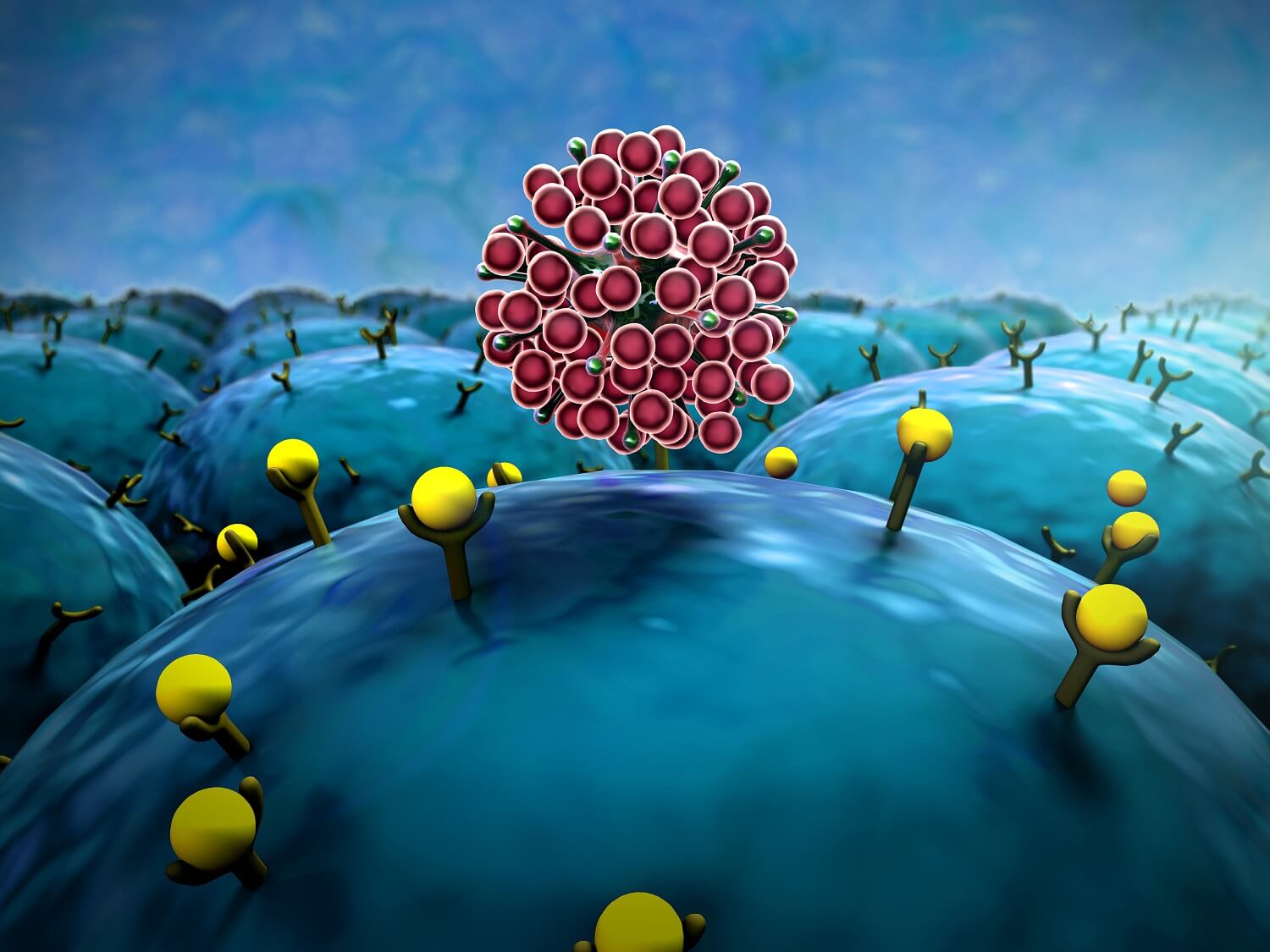 Johns Hopkins scientists have used a form of artificial intelligence to create a map that compares types of cellular receptors, the chemical “antennas” on the surface of immune system T-cells. Their experiments with lab-grown mouse and human T-cells suggest that people with cancer who have a greater variety of such receptors may respond better to immunotherapy drugs and vaccines.

A report on how the scientists created and tested what they call “ImmunoMap” appeared Dec. 20 in Cancer Immunology Research.

“ImmunoMap gives scientists a picture of the wide diversity of the immune system’s responses to cellular antigens,” says Jonathan Schneck, M.D., Ph.D., professor of pathology, medicine and oncology at the Johns Hopkins University School of Medicine, and a member of the Johns Hopkins Kimmel Cancer Center.

Receptors on T-cells recognize antigens, or pieces of other cells that trigger an immune response, particularly antibodies. If the antigens are foreign, T-cells raise the alarm within the immune system, which can distribute an “all-points bulletin” to be on the lookout for the unfamiliar antigens.

Because diseases such as cancer tend to evade detection by T-cells’ receptors, allowing a tumor to grow unchecked, scientists have long sought “intel” on this process as a means of developing therapies that target malignant cells, but leave healthy cells alone.

“Much of immunotherapy today is built on the premise that we know these antigens,” says Johns Hopkins biomedical engineering M.D./Ph.D. student John-William Sidhom. “But we actually don’t know as much as we need to about them and the T-cells that recognize them.”

To address that need, Sidhom used high-powered computing to create a mathematical model—essentially a digital map—of genomic sequence data of receptors from human T-cells that were exposed to a virus in the laboratory. “Our goal was to cluster T-cell receptors that are similar and may target the same antigen,” says Sidhom.

Once the thousands of sequences were converted into these “distance” metrics, the computer system’s artificial intelligence algorithms looked for patterns among the receptors.

“That’s how we got ImmunoMap, by characterizing receptor sequences as they relate to each other,” says Schneck. “T-cell receptors that are very similar, with slight differences in their sequences, may be recognizing the same antigen.”

The Johns Hopkins team tested ImmunoMap’s ability to correlate immune responses on receptor sequencing data from T-cells in the tumors of 34 patients with cancer enrolled in a nationwide clinical trial of the immunotherapy drug nivolumab.

Of the 34, three patients with melanoma responded to nivolumab, and the rest did not respond. In the responders, the scientists found more—an average of 15—different T-cell receptor clusters compared with eight to nine in the non-responders.

The scientists also found that the diversity of T-cell receptors decreased among the responders by 10-15 percent four weeks after nivolumab treatment.

“Those patients had a broad array of receptor weaponry before their treatment, which may have allowed the right receptor to kill their cancer cells,” says Schneck. “Once their immune system found the correct receptor, T-cells expressing those receptors multiplied, leading to an overall reduction in the structural diversity of their T-cell receptors.”

Schneck says some scientists have emphasized that response to immunotherapy is largely dependent on whether T-cells are infiltrating the tumor site, but his research suggests that while, “infiltration is important, it’s not enough to explain patients’ variable responses to immunotherapy drugs.”

Schneck says the research group also needs to amass more ImmunoMap data to reliably predict which patients may or may not respond to immunotherapy. “At this point, ImmunoMap can’t match T-cell receptors to specific antigens, or determine whether those antigens are important for immunotherapy response in any individual patient,” he notes.

But the hope, he says, is that ImmunoMap may one day be helpful in designing vaccines and engineered T-cells for cancer treatment.

Other scientists who contributed to this research include Catherine A. Bessell and Alyssa Kosmides of Johns Hopkins and Jonathan J. Havel and Timothy A. Chan of Memorial Sloan Kettering Cancer Center.

Funding for the research was provided by the Johns Hopkins University-Coulter Translational Partnership, the TEDCO Maryland Innovation Initiative, the Troper Wojcicki Foundation, the National Institutes of Health (R01- AI44129, CA108835 and U01 – AI113315), Bristol Myers-Squibb, the Pershing Square Sohn Cancer Research Alliance, the PaineWebber Chair, Stand Up 2 Cancer and the Starr Cancer Consortium.

COI: Under a licensing agreement between NexImmune and The Johns Hopkins University, Jonathan Schneck is entitled to a share of royalties received by the university on sales of products described in this article. He was a founder of NexImmune and currently serves as a member of NexImmune’s scientific advisory board and has equity in NexImmune. This arrangement has been reviewed and approved by The Johns Hopkins University in accordance with its conflict of interest policies. Timothy A. Chan is the cofounder of Gritstone Oncology. Jonathan Havel’s wife is a full-time employee of Regeneron Pharmaceuticals.