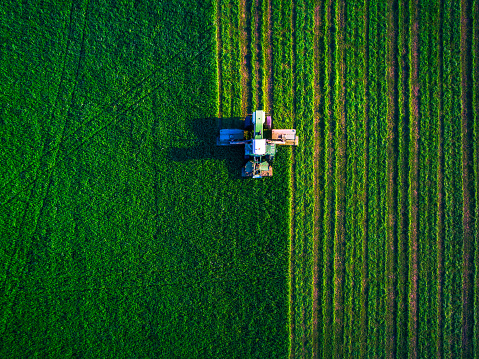 A new study by researchers at the Johns Hopkins Bloomberg School of Public Health’s Center for a Livable Future found that, contrary to widely held assumptions, farmed fish and shrimp convert protein and calories in feed to edible seafood at rates similar to livestock (i.e., cattle, pigs, and chickens). The study contributes new insights into what is known as feed conversion efficiency – that is, the efficiency of the process by which feed is turned into meat – across species, and uses a new analysis to assess this efficiency.

The paper appears in the journal Environmental Research Letters.

“We face the challenge of feeding a growing human population, and aquaculture is viewed as a solution due to favorable feed efficiency compared to livestock,” said Jillian Fry, PhD, director of the Public Health and Sustainable Aquaculture Project at the Center for a Livable Future and faculty member in the Bloomberg School’s Department of Environmental Health and Engineering. “We need a complete understanding of feed efficiency, though, because aquatic species differ from livestock in important ways that are not considered in feed conversion ratios.”

The global supply of protein and calories for people is impacted by how efficiently feed is turned into food. Production of animals used for food is increasing, and aquaculture is growing faster than other types of food animal operations. Conversion of protein and calories in animal feed to human food during fish and shrimp production has not been fully explored; this is critical for food security because growing demand for seafood and meat results in steadily growing demand for more feed inputs.

Researchers found that average protein and calorie retention across nine types of farmed fish and shrimp are lower than chickens and similar to pig and cattle production. They estimate that 19 percent of protein and 10 percent of calories in feed for aquatic species are ultimately made available in the human food supply. The similarity to livestock when using these efficiency measures is the opposite of the expected result based on weight-based feed conversion ratios. Comparing all terrestrial and aquatic animals in the study, chickens are most efficient for protein retention, followed by Atlantic salmon, rainbow trout, whiteleg shrimp and pigs.

To understand how efficiently different species convert feed inputs into the products humans actually eat, researchers assessed the protein and calorie content of feed inputs and compared how protein and calories are retained in the final edible products. To produce these efficiency estimates, the research team collected data on variables including feed composition, feed conversion ratios, edible portions and nutritional content of major farmed terrestrial and aquatic animal species. The study focused on intensive production methods, not extensive methods like grazing. The species analyzed for the study included commercially farmed beef cattle, pigs, chickens, carp, catfish, Atlantic salmon, rainbow trout, tilapia and shrimps. The study is the first of its kind to report protein and calorie retention for a wide variety of farmed aquatic species.

The most widely used measure of feed efficiency is the weight-based feed conversion ratio, calculated as the ratio of feed intake (by weight) to weight gain. By this measure, fed aquaculture and chickens are similarly efficient, and both are more efficient than pigs and cattle, meaning they require less feed inputs. However, researchers say that feed conversion ratio estimates are flawed measures for comparing efficiency across species because they do not account for the nutritional content of the feed, the portion of the animal that is inedible or the nutritional quality of the final product.

In light of these findings, the researchers suggest that alternative retention measures should be used in addition to feed conversion ratios, as well as environmental footprint measures including resource use (e.g., land, water), greenhouse gas emissions and negative externalities including biodiversity loss and water pollution. They also highlight the importance of achieving a balance of animal- and plant-based foods in the global food system due to the use of limited natural resources to produce animal feed and the loss of most protein and calories during even the most efficient forms of animal production in the study.

The research was funded by the GRACE Communications Foundation.