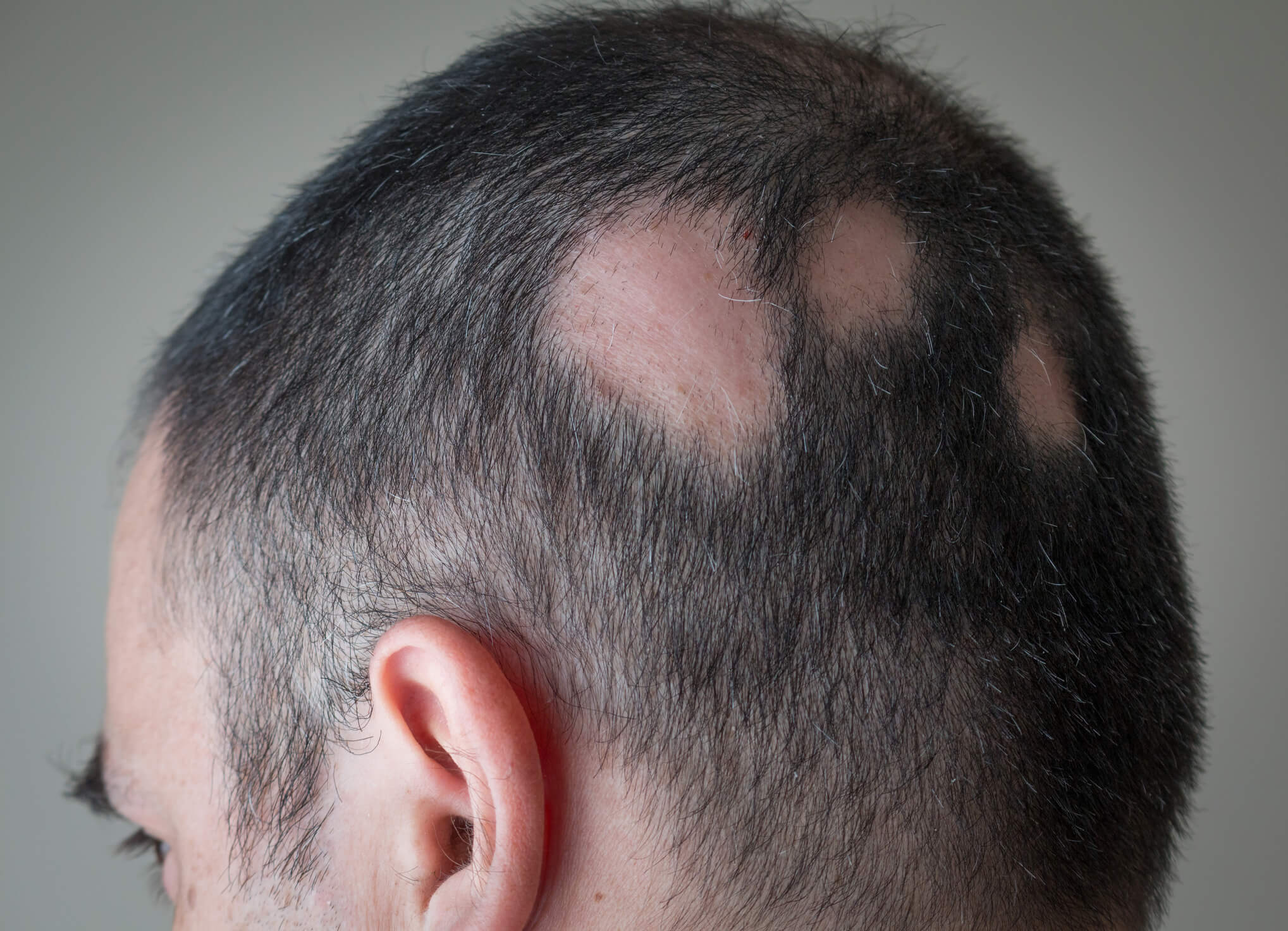 In a series of experiments with mice, Johns Hopkins investigators have used an experimental compound to successfully reverse hair loss, hair whitening and skin inflammation linked by previous studies to human diets heavy in fat and cholesterol.

The investigators say the compound halts the production of certain fats called glycosphingolipids, or GSLs, that are major components of skin and other cell membranes. Current research shows that mice fed a diet high in fat and cholesterol are more likely to have hair discoloration from black to gray to white, extensive hair loss and inflammation of skin exhibited by multiple wounds. Feeding these animals the compound, however, appears to reverse such symptoms.

The Hopkins investigators caution that such results in mice do not mean that the same effects would occur in people, and there is no evidence at this time that the compounds they used would be safe in people. But the findings, they say, do shed light on possible pathways for addressing hair loss and skin wounds in humans with oral or topical medications.

A report on the findings was published July 30 in Scientific Reports.

“Further research is needed, but our findings show promise for someday using the drug we developed for skin diseases such as psoriasis, and wounds resulting from diabetes or plastic surgery,” says Subroto Chatterjee, Ph.D., M.S., M.Sc., professor of pediatrics and medicine at the Johns Hopkins University School of Medicine. Chatterjee conducts research as part of Johns Hopkins Children’s Center.

More specifically, previous studies showed that GSLs are prevalent in the cells that make up the uppermost layer of the skin, as well as in cells called keratinocytes that help regulate pigmentation of the eyes, skin and hair.

To determine how disrupting GSLs might affect skin appearance and color, and whether treatment with D-threo-1-phenyl-2-decanoylamino-3-morpholino-1-propanol (D-PDMP) — a man-made compound that halts GSL production — would reverse any negative effects, Chatterjee and his colleagues first genetically modified a group of mice to have atherosclerosis, a disease in which arteries are clogged by fat deposits.

The researchers then fed one group of these mice a Western diet high in fat and cholesterol, and a second group standard chow. All mice were fed their assigned diets from 12 weeks of age to 20 weeks.

Compared to those fed standard chow, the mice that ate a Western diet lost hair, formed skin lesions and suffered from hair whitening. These results became more severe when the mice continued eating a Western diet for 36 weeks, with 75 percent of the mice having skin, hair loss and multiple skin lesions.

The research team then looked at the skin of the mice’s under a microscope and found that mice eating the Western diet experienced an infiltration of neutrophils, a type of white blood cell implicated in inflammation, in various skin areas. Treatment with D-PDMP in a capsule significantly reduced the number of neutrophils, implying reduced skin inflammation and wounding.

Compared to mice fed normal chow, those fed a Western diet had decreased total ceramide levels, decreased glucosylceramide and nearly three times more lactosylceramide. Treatment with 1 milligram of D-PDMP in a capsule per kilogram of body weight or 10 milligrams of D-PDMP as a liquid per kilogram of body weight, however, noticeably increased ceramide levels to normal.

“Our findings show that a Western diet causes hair loss, hair whitening and skin inflammation in mice, and we believe a similar process occurs in men who lose hair and experience hair whitening when they eat a diet high in fat and cholesterol,” says Chatterjee.

More animal research needs to be done to confirm and expand on the findings, and to determine how well and what amount of D-PDMP might heal wounds and activate hair growth.

Other authors on this paper include Djahida Bedja, Wenwen Yan, Dominica Iocca, Veera Ratnam Bandaru and Nickesh Ramakrishnan of the Johns Hopkins University School of Medicine, and Wenwen Yan of Tongji University.

This study was funded by the National Institutes of Health (PO1HL10715301).