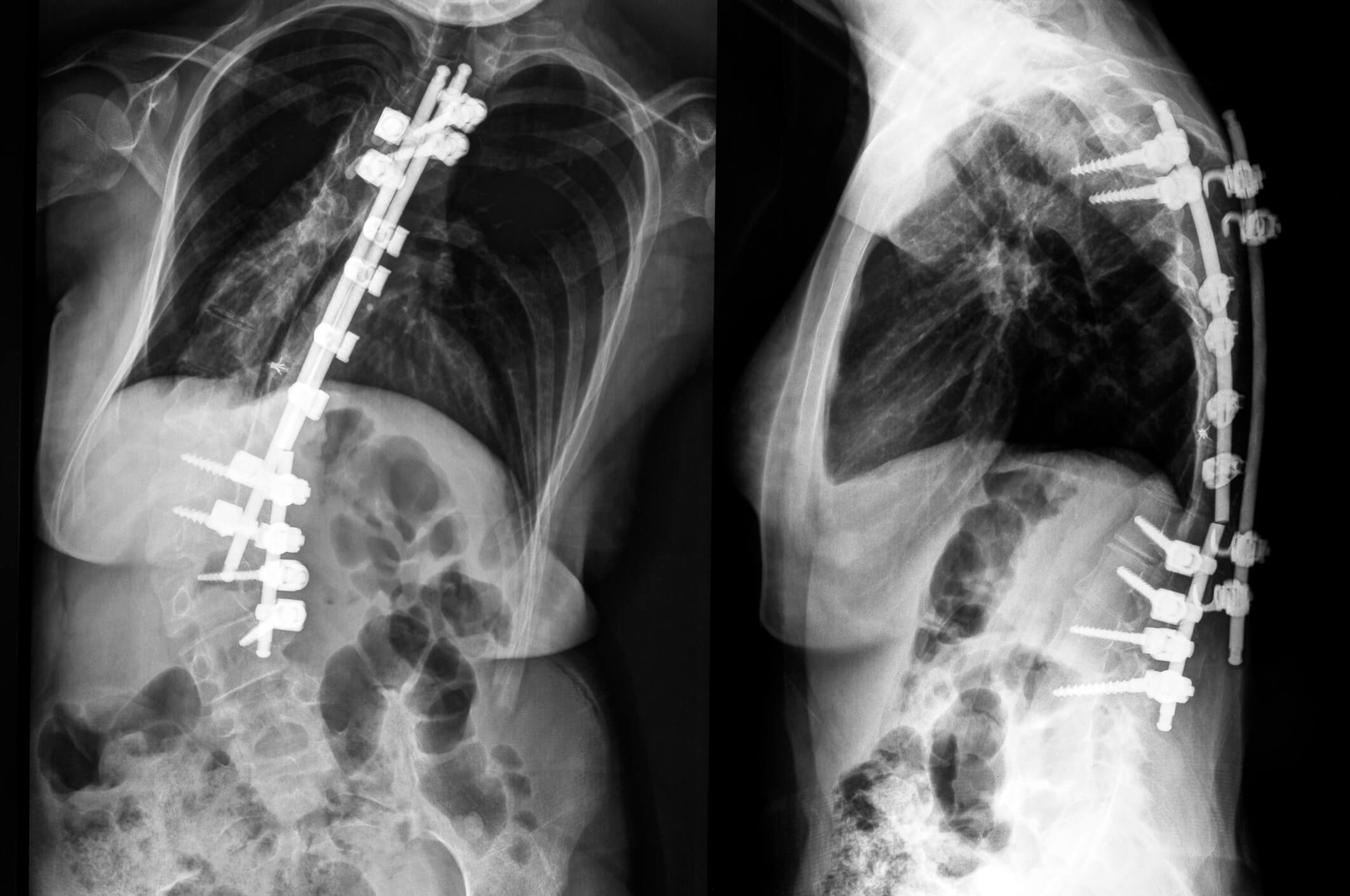 Patients who used opioids daily prior to spine surgery had poorer outcomes such as longer hospital stays, higher disability and long-term opioid use, according to a new multicenter database study. Credit: iStock

In a multicenter database study of adults who had undergone surgery for spinal deformities, researchers say that those who had used narcotics daily on average had worse outcomes, such as longer intensive care unit stays and more severe postop disability, compared with those who did not use opioids preoperatively.

A report of the findings published in Spine on March 13, 2018, adds to evidence for the negative effects of preoperative opioid use on outcomes.

“We’re not suggesting that people facing ASD surgery stop taking opioids on the basis of this study, but we do think it’s worthwhile having more conversations with physicians to see if there are alternatives or ways of reducing opioid use before surgery,” says Micheal Raad, M.D., orthopaedic surgery research fellow at the Johns Hopkins University School of Medicine and the paper’s senior author.

The proportion of patients with adult spinal deformity (ASD), a disorder that encompasses most forms of adult scoliosis, who use opioids for pain control has been shown to be as high as 70 percent.

While previous studies have shown that preoperative narcotic use is linked with poor outcomes for other elective orthopaedic surgeries, spinal fusions and total knee arthroplasties, none examined the effects on ASD patients specifically, say the researchers.

To understand how outcomes such as length of stay and severity of disability were affected by preoperative daily opioid use for this subset of patients, the research team identified 475 eligible patients from 18 surgical centers across the country who had undergone surgery for ASD between January 2008 and March 2015.

Patients’ self-reported narcotic use was categorized as either daily or nondaily, and other patient data — such as baseline health characteristics and outcomes — were collected preoperatively and at six weeks, one year and two years postoperatively.

Of the patients included in the study, 44 percent self-reported daily presurgery narcotic use. Daily narcotic users were older (average age of 62 years versus 54 years for nondaily users) and had a higher prevalence of depression (37 percent) than nondaily users (14 percent).

Daily narcotic users had more comorbidities, more severe back pain and greater disability, as measured by various clinical scales. Daily users had 70 percent higher odds for a prolonged length of hospital stay, an average of 16 hours longer stay in the intensive care unit and 690 percent higher odds of using narcotics daily two years after the operation.

While the authors acknowledge study limitations such as the unreliability of self-reported drug use, the inability to definitively point to daily narcotic use as the cause of poorer outcomes and the lack of information on patients’ specific opioid prescriptions, they say the findings generally improve clinicians’ understanding of narcotic use in ASD patients and how surgical outcomes may be affected.

With an increasingly aging U.S. population, surgery for ASD is expected to rise sharply over the upcoming decade, and given the substantial levels of pain and disability this patient population is subject to, daily narcotic use is widespread, say the researchers.

“We hope that this information serves as a foundation for future research into the prevalence of daily narcotic use in this patient group and provides clinicians with a framework for patient risk stratification and preoperative counseling,” adds Khaled Kebaish, M.D., F.R.C.S.C., professor of orthopaedic surgery at the Johns Hopkins University School of Medicine and the paper’s lead author.

Funding for this study was provided by DePuy Synthes Spine, K2M, NuVasive, Biomet and Orthofix