ICTR in the News: Drug Now in Clinical Trials for Parkinson’s Strengthens Heart Contractions in Animals 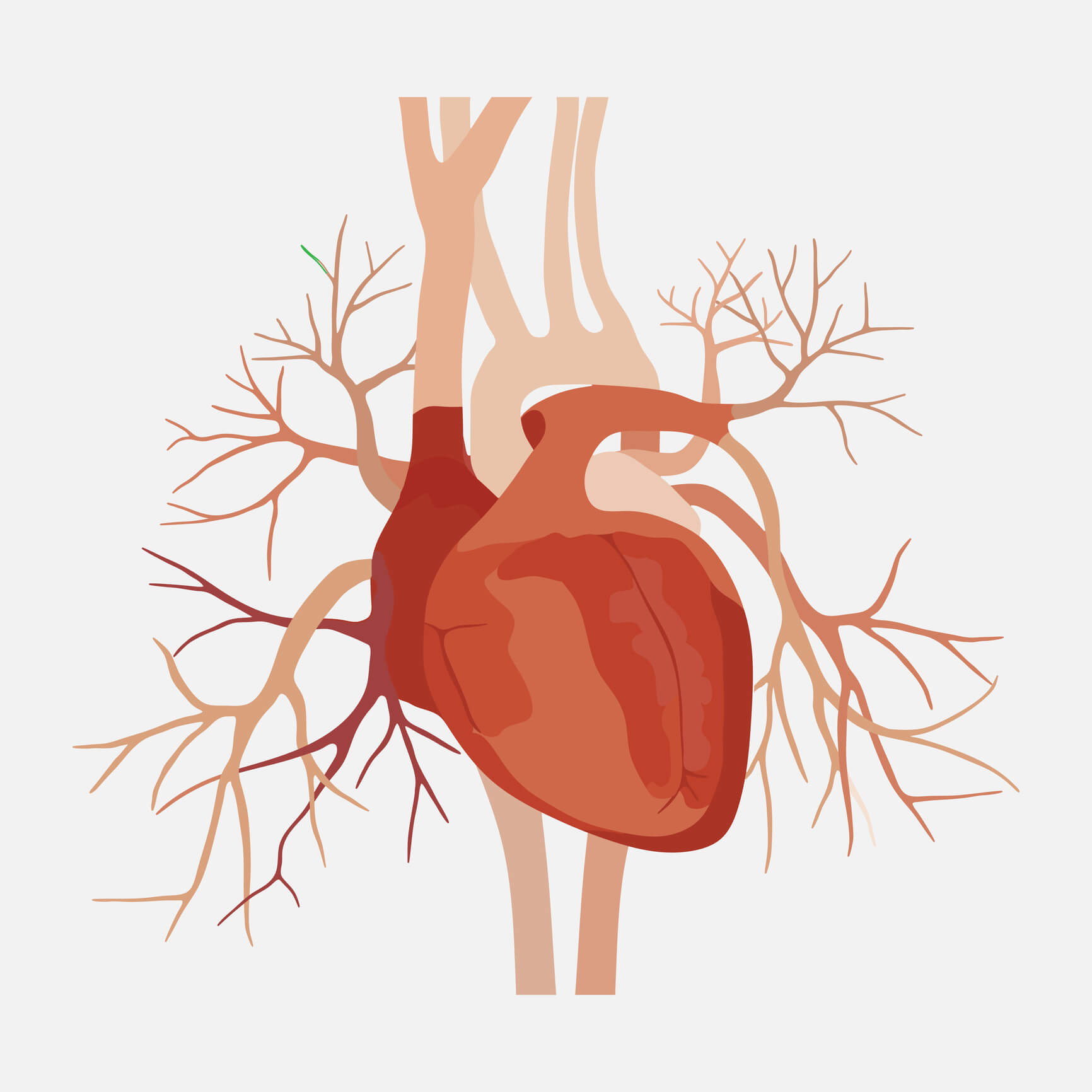 A drug currently in clinical trials for treating symptoms of Parkinson’s disease may someday have value for treating heart failure, according to results of early animal studies by Johns Hopkins Medicine researchers.

The drug, a member of a class of compounds known as phosphodiesterase (PDE) type I inhibitors, shows promising effects on dog and rabbit hearts, as well as on isolated rabbit heart cells, most notably an increase in the strength of the heart muscle’s contractions, the researchers say.

Human heart failure is a chronic condition often marked by weakening of the heart muscle and its subsequent failure to pump enough blood. Currently, dozens of drugs are available to treat or manage heart failure symptoms, but drugs that improve the strength of the heart muscle’s contractions, such as dobutamine, carry the risk of dangerous complications such as developing an irregular heartbeat.

However, in their study, described in a report published in the journal Circulation on July 20, the Johns Hopkins researchers demonstrate that the new compound works differently than current drugs, suggesting its use may be a safer way to increase heart contraction strength.

Heart failure affects about 5.7 million U.S. adults, according to the Centers for Disease Control and Prevention, and contributes to an estimated one in nine deaths. Standard treatment includes diuretics that increase urine production to keep the heart from becoming enlarged; angiotensin-converting enzyme (ACE) inhibitors that lower blood pressure and reduce the workload on the heart; and beta blockers that protect against heart damage from high levels of the stress hormone adrenaline that are common with heart failure, and that help reduce the heart’s workload. There is no cure.

“Our results are intriguing because so far it’s been largely uncharted territory to come up with a way of increasing contractility that doesn’t ultimately hurt patients,” says David Kass, M.D., the Abraham and Virginia Weiss Professor of Cardiology at the Johns Hopkins University School of Medicine and principal investigator of the study.

The drug explored in the new study, ITI-214, inhibits the enzyme PDE1, which is part of the larger phosphodiesterase (PDE) family of over 100 such proteins. All PDEs work by breaking down one or both of two molecules: cAMP and cGMP, each of which serve as molecular messengers inside cells. Each PDE has very specific features, including the type of cell they exist in and their location inside that cell, allowing them to adjust cAMP and/or cGMP very precisely.

PDE inhibitors work by stopping the breakdown of cAMP and cGMP, causing these molecules to build up so they can influence proteins to alter the cell. In heart disease, PDE activity can limit the beneficial effects of cAMP or cGMP, so inhibitors have the potential to act as a therapy.

In mice, Kass notes, PDE1 inhibitors had been reported to shrink abnormally thick heart muscle caused by high blood pressure and dilate blood vessels. However, in mice the heart mostly has a different form of the PDE1 enzyme than found in humans, so PDE1 inhibitors likely affect mice differently than humans.

Dogs and rabbits, which this research focused on, have a PDE1 composition more similar to humans, Kass says.

For their experiments, the researchers used six dogs surgically outfitted with sensors and heart pacemakers, and tested ITI-214’s effects on them before and after inducing heart failure by running the pacemaker rapidly for approximately three weeks. The drug was tested at different doses, both orally and intravenously. The dogs were given at least a day between tests.

When given at an oral dose of 10 milligrams for every kilograms via a peanut butter-covered pill, ITI-214 increased the amount of blood pumped out by the heart each minute by 50 percent in the healthy hearts and by 32 percent in the failing hearts. It did this, Kass says, by increasing the strength of the heart’s contractions by almost 30 percent and by dilating the blood vessels. Intravenous administration of the drug resulted in similar, but more rapid, effects.

“We were pretty agnostic about what we would find and didn’t necessarily expect anything that novel,” says Kass. “To my knowledge, no study had reported increased heart contraction strength from a PDE1 inhibition before. But then, all of the prior studies where this might have been tested had used mice, and we knew that a different PDE1 form was found in larger mammals and humans. So, we just had to try it, and the results were very interesting.”

In healthy dogs, Kass cautions, the drug also raised their heart rate by approximately 40 beats per minute on average, which can be dangerous for heart failure patients. However, the dogs with failing hearts had no significant difference in heart rate before and after the drug was given.

Even with these promising results, there was a major concern. Other heart failure drugs designed to strengthen heart contractions have potentially fatal complications, such as developing wildly irregular heartbeats. Inhibitors of a different PDE, PDE3, including amrinone and milrinone, are especially infamous for this.

“This was the boogeyman in the room,” says Kass. “The new drug produced many of the same heart and artery changes that PDE3 inhibitors do, so we naturally worried whether it worked in a similar way and might also have complications. So we tested them side by side.”

When they compared the effects of ITI-214 to a PDE3 inhibitor in isolated muscle cells from 13 rabbit hearts, the way the two drugs acted looked different.

One of the major ways that PDE3 inhibitors are thought to work is by increasing the amount of calcium inside the muscle cell, which triggers key proteins to exert more force on the cell, and causes the cell to contract more strongly.

As expected, when the researchers applied a PDE3 inhibitor to the heart cells, calcium levels rose and the cells contracted more strongly than without the inhibitor.

By itself, inhibiting PDE1 had no effect on the muscle cells, but the researchers thought this might be because PDE1 activity is too low in a resting cell. So they used a drug to first slightly increase cAMP levels, and this increased PDE1 activity enough for them to observe ITI-214’s effects.

With the added drug, ITI-214 caused the cell to contract more strongly. However, the cell’s calcium levels didn’t rise, strongly indicating that ITI-214 increases muscle contractions through a different mechanism than the PDE3 inhibitors.

“Our results show that inhibiting PDE1 produces different changes than blocking PDE3, and so we hope that we can bypass the calcium-mediated and potentially deadly arrhythmias that have plagued PDE3 inhibitors,” says Grace Kim, a lead co-author and a postdoctoral fellow in Kass’ lab. “We are anticipating similar positive benefits on heart function but with much less toxicity.”

Kass says ITI-214 also appears to function differently than dobutamine, which strengthens heart contractions in people with heart failure but also can cause fatal irregular heart rhythms. Dobutamine works by stimulating the beta adrenergic system, the same system that is activated by adrenaline. Dobutamine acts on the same pool of messenger molecules that increase the cAMP that PDE3 degrades, so its heart effects are similar to those of a PDE3 inhibitor.

When the researchers blocked the beta adrenergic receptors in 11 healthy, anesthetized rabbits and then applied ITI-214, all of the effects—except for its impact on heart rate—remained. If ITI-214 were acting through the beta adrenergic system, blocking the receptors should have blocked its actions.

Instead, it appears the drug might be working on cAMP generated by a different signaling system in the heart that uses adenosine. When the researchers used a drug to block receptors in the adenosine system in a separate set of seven anesthetized rabbits, all of the effects of the drug, including increased heart rate, were eliminated.

Other studies have demonstrated that the adenosine pathway can have protective effects on the heart, Kass says. In the same issue of Circulation, other investigators at the University of Rochester also found that PDE1 controls the adenosine pathway, and that inhibiting PDE1 could protect the heart from toxicity of some cancer drugs.

ITI-214 is now in early clinical trials and is being tested in heart failure patients at Johns Hopkins Medicine and Duke University. It has already passed phase 1 safety trials in healthy individuals.

This work was supported by the National Heart, Lung and Blood Institute (HL135827-01, P01HL107153, HL119012), the Japanese Circulation Society Overseas Research Fellowship and Uehara Memorial Foundation Research Fellowship, the T32 Training Program, an American Heart Association fellowship grant and Intra-Cellular Therapies, which provided the drug as well as funding for the research.