The following article profiles work performed by ICTR researcher Martin Makary, M.D., M.P.H., professor of surgery at the Johns Hopkins University School of Medicine and an expert on health disparities and quality measurement. 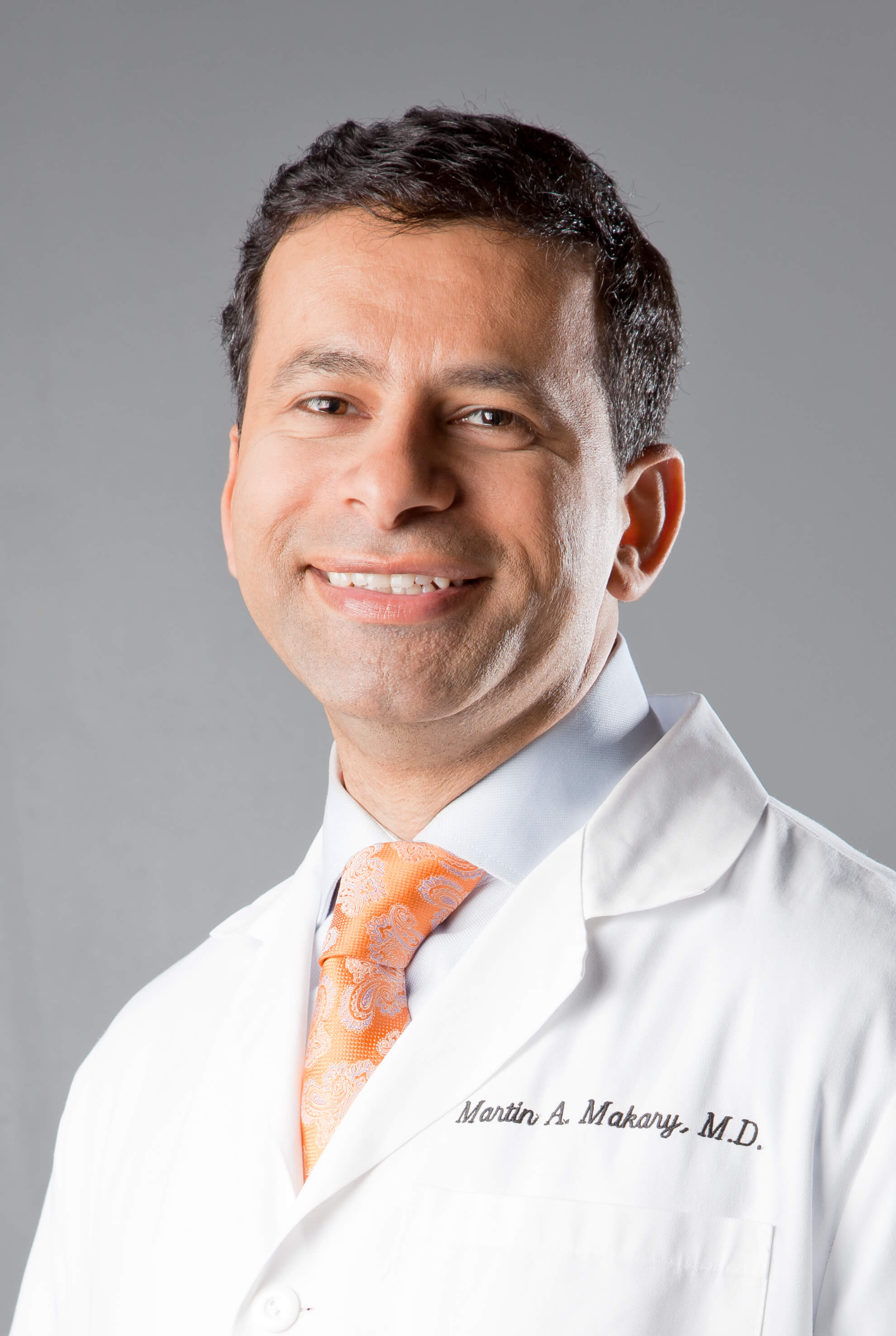 A new Medicare records study by Johns Hopkins researchers has added to mounting evidence that a common surgery designed to remove damaged, worn ends of the thin rubbery cartilage in the knee joint brings little or no benefit to people over the age of 65.

The operation, called arthroscopic partial meniscectomy (APM), accounted for an estimated two-thirds of all orthopaedic knee arthroscopy procedures in older patients in 2016, the researchers say.

A report on the study’s findings, published Feb. 28 in JAMA Surgery, highlights the vast number of avoidable operations of all types that are performed and how much the United States spends on low-value care, the researchers say.

“Our study found that the same knee operation shown to have no benefit in treating degenerative disease in multiple trials is now one of the most common orthopaedic procedures in older Americans,” says Martin Makary, M.D., M.P.H., professor of surgery at the Johns Hopkins University School of Medicine and an expert on health disparities and quality measurement. Sparing patients the unnecessary operations has tremendous implications for reducing the burden of health care use, for rehabilitation and for complications related to surgery, including opioid-related complications since most patients are prescribed opioids after the procedure, adds Makary.

According to a recent study, an estimated 750,000 APMs are performed annually in the United States, and it is one of the most common operations in the world.

Multiple clinical trials, Makary says, have shown that compared with regular exercise and physical therapy, the procedure provides no additional benefit in older patients with meniscal tears linked to aging and everyday wear and tear. Studies do show benefit from APM in patients with an acute, traumatic meniscal tear, an injury typically seen in younger people and athletes, adds Makary.

For the study, Makary and his team first established the overall prevalence of APM-only procedures as a proportion of orthopaedic surgeons’ overall knee arthroscopy surgeries. To do that, they analyzed 2016 data on knee arthroscopies gathered by the U.S. Centers for Medicare and Medicaid Services.

“The practice is not consistent with the evidence,” says Greg Osgood, M.D., assistant professor of orthopaedic surgery at the Johns Hopkins University School of Medicine and co-author of the paper.

In other words, Osgood says, too many orthopaedic surgeons are performing too many APM procedures done only to remove joint tissue, despite evidence that it offers no benefit.

Makary and Osgood say the persistence of the procedures could be due to either physicians’ lack of knowledge about the evidence, disagreement with it or disregard for it. Makary says the study was limited by potential coding inaccuracies by physicians and that it’s important to not dismiss APM-only entirely, as it may help a small subset of young patients.

The authors point out that the high prevalence of the procedure (also referred to by some patients as a washout or a shaving) is sometimes driven by patient demand, given a growing consumerist culture. The procedure costs anywhere from $2,000 to $10,000 and is often paid for by insurance. The authors advise patients offered the procedure for degenerative disease to ask about nonsurgical alternatives and seek a second opinion.

“In light of a recent national physician survey we conducted suggesting that 21 percent of all medical care may be unnecessary, better metrics of appropriateness in medicine are needed. The proportion of a surgeon’s arthroscopies that are APM-only procedures in older patients is a telling metric of low-value care,” says Makary.

This study was partially funded by the Robert Wood Johnson Foundation (grant 73417).