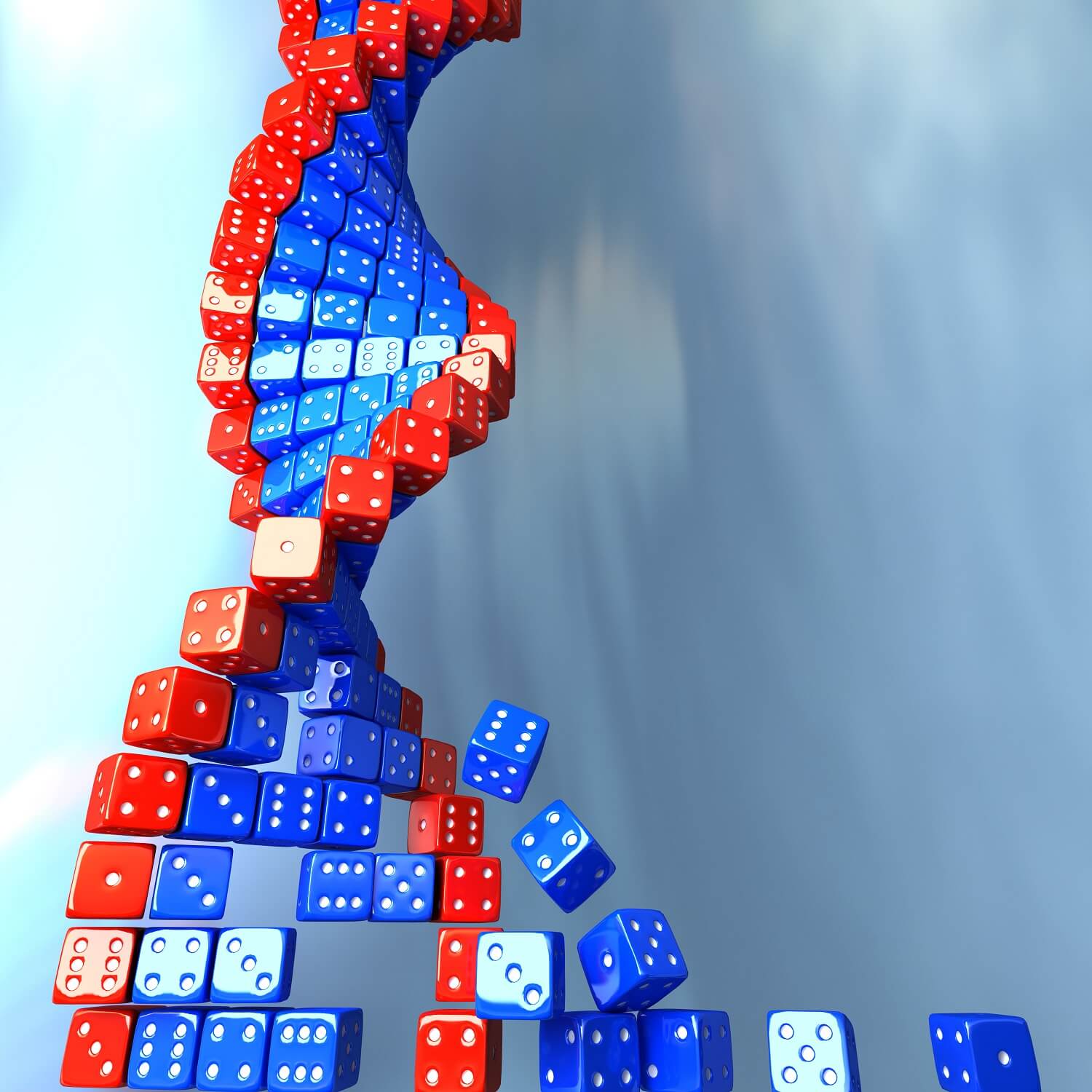 In a research effort that merged genetics, physics and information theory, a team at the schools of medicine and engineering at The Johns Hopkins University has added significantly to evidence that large regions of the human genome have built-in variability in reversible epigenetic modifications made to their DNA.

In a report on the research published March 27 in Nature Genetics, the team says the findings also suggest that such epigenetic variability is a major factor in the ability of cancer cells to proliferate, adapt and metastasize.

“These results suggest that biology is not as deterministic as many scientists think,” says Andrew Feinberg, M.D., M.P.H., the King Fahd Professor of Medicine, Oncology, and Molecular Biology and Genetics at the Johns Hopkins University School of Medicine and director of the Center for Epigenetics in the Institute for Basic Biomedical Sciences. “If so, they could have major implications for how we treat cancer and other aging-related diseases.”

Epigenetic modifications, achieved along the genome by the chemical attachment of methyl molecules, or tags, to DNA, are reversible changes that alter which genes are turned on or off in a given cell without actually altering the DNA sequence of the cell. Such changes enable a complex organism, like a human, to have a wide range of different tissues that all still have the exact same genetic template.

However, in some studies with laboratory mice, Feinberg had observed that these epigenetic tags varied considerably among the mice even when comparing the same type of tissue in animals that have been living in the exact same conditions. “These weren’t minor differences, and some very important genes were involved,” Feinberg says.

Feinberg, who is also a Bloomberg Distinguished Professor of Engineering and Public Health at The Johns Hopkins University, suspected that this variation might be an adaptive feature by which built-in epigenetic randomness would give some cells an advantage in rapidly changing environments.

To find out if that was the case, he teamed up with John Goutsias, Ph.D., professor of electrical and computer engineering at the Johns Hopkins Whiting School of Engineering, to find a way to measure this controlled type of randomness, scientifically termed epigenetic stochasticity, by using the information-theoretic concept of Shannon entropy.

Using a mathematical model known as the Ising model, invented to describe phase transitions in statistical physics, such as how a substance changes from liquid to gas, the Johns Hopkins researchers calculated the probability distribution of methylation along the genome in several different human cell types, including normal and cancerous colon, lung and liver cells, as well as brain, skin, blood and embryonic stem cells.

As Goutsias explains, this distribution reflects the chance that a particular region of a genome will be methylated in a population of similar cells. In areas of low randomness, this probability would mostly be 0 or 100 percent, but in areas of high randomness, the numbers would be 50-50 or thereabouts.

The analysis revealed that the human genome is organized into large pieces of low or high epigenetic stochasticity, and that these regions correspond to areas of chromosomes that are structurally different in the cell nucleus. Feinberg thinks that a main function of a cell’s nucleus might be to partition the genome to make sure that regions of low or high stochasticity are well-defined.

The other significant finding of the study, says Garrett Jenkinson, Ph.D., assistant research scientist at the Johns Hopkins Whiting School of Engineering who carried out much of the analyses, was that this variability goes haywire in cancer cells, which may display significant regional differences in methylation stochasticity compared to normal cells. Based on the evolutionary idea that targeted epigenetic stochasticity can improve adaptation, these observations could explain how cancer cells are good at evading chemotherapy treatments and spreading from one part of the body to another, he adds.

“Researchers have understood the importance of epigenetics in driving cancer growth, but the focus has been trying to reverse epigenetic changes to specific genes,” Feinberg says. “We need to readjust and think more broadly about the epigenetic process as a whole.” Looking at ways to reverse aberrant changes in variability to make cancer cells more epigenetically controlled should be a target for therapy, he adds.

Earlier this year, Feinberg led a study that considered this view of epigenetics in metastatic pancreatic cancer cells. Using an experimental drug called 6-aminonicotinamide, his group reversed the large-scale epigenetic changes that enabled the tumor cells in mice to metastasize and slow the growth of further tumors.

In addition to Goutsias, Feinberg and Jenkinson, Elisabet Pujadas, a graduate student in the Center for Epigenetics at the Johns Hopkins University School of Medicine, contributed to this study.