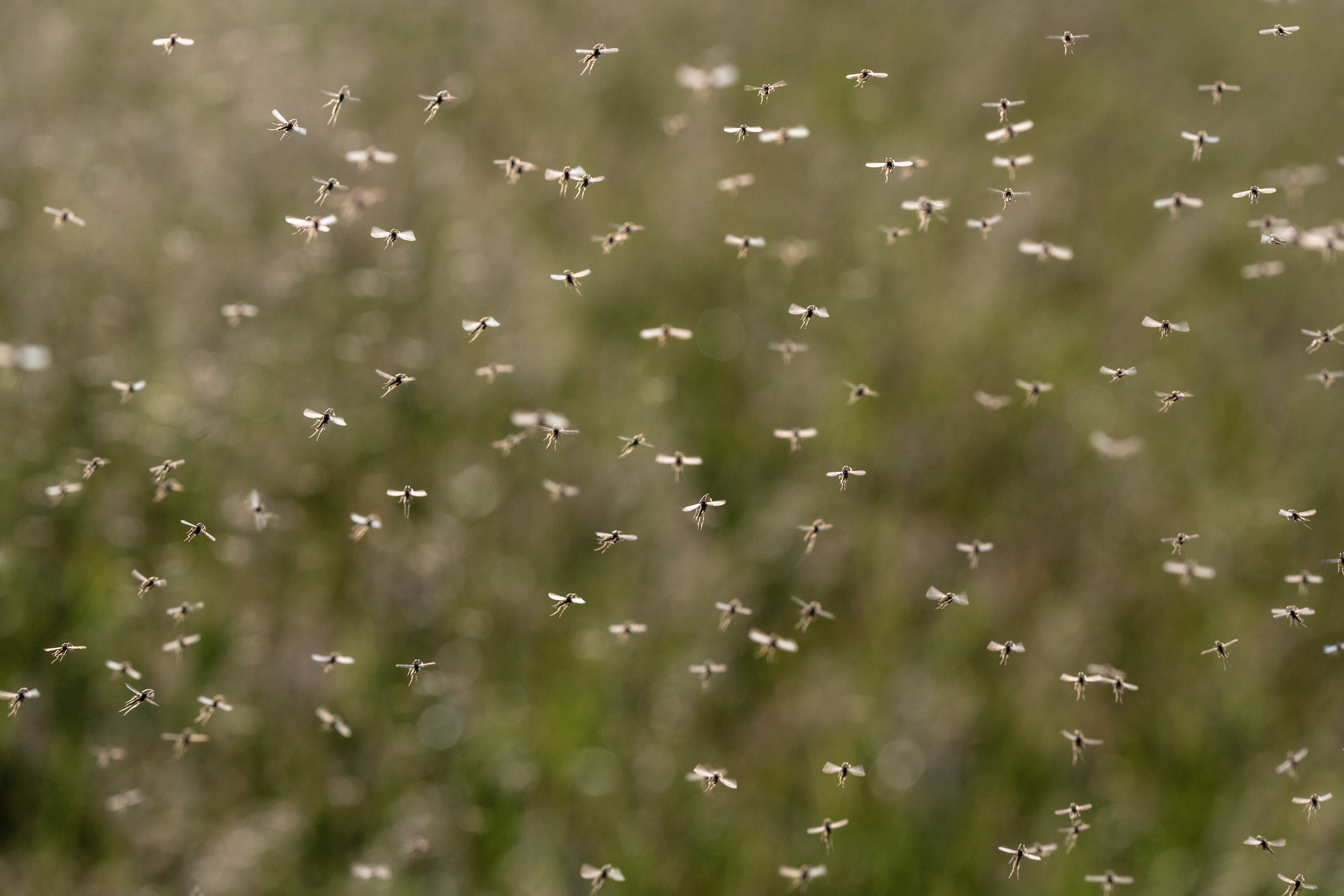 A new study published in the Lancet journal EClinical Medicine suggests that more mosquito nets are likely needed between mass campaigns to keep malaria cases in check. Writing in an accompanying commentary, Johns Hopkins Center for Communication Programs’ Hannah Koenker, PhD, says the paper shows that the loss of treated bed nets between mass campaigns may have a much greater impact on malaria transmission than previously understood.

The study, conducted by researchers at the Institut Pasteur, looked at net distribution in Madagascar from 2009 to 2015 and found that malaria cases began to rise long before the next campaign could distribute new insecticide-treated bed nets.

Mosquito nets “have never been a perfect tool, but they have worked remarkably well despite their imperfections,” Koenker writes in the July 30 publication. “Nonetheless, if we are serious about malaria control, it is abundantly clear that more [nets] need to be delivered than we are currently providing.” Koenker is director of VectorWorks, a CCP-led program funded by the President’s Malaria Initiative (PMI). CCP is based at the Johns Hopkins Bloomberg School of Public Health.

Treated bed nets are thought to be responsible for the lion’s share of the reduction in malaria cases worldwide since 2000. In 2015, there were roughly 212 million malaria cases and an estimated 429,000 malaria deaths worldwide, according to the World Health Organization.

Typically, mosquito nets are distributed in universal mass distribution campaigns, which take place approximately every three years. The expectation has been that the nets will continue to be effective until the next campaign is held. Nets wear out for a number of reasons: They may be torn, washed too often, given to someone else who may seem to be in greater need and more. It is nearly impossible to even buy a replacement net. Koenker says 50 percent or more of nets wear out by the time the next campaign rolls around.

In several countries, the President’s Malaria Initiative-sponsored VectorWorks, which Koenker leads, has successfully piloted continuous distribution approaches as an alternative or supplement to mass campaigns held every three years. In Tanzania, this is done through annual school-based campaigns where children receive nets, providing access for the entire household. In Madagascar, CCP and its partners implemented a continuous distribution program using community health workers and religious leaders in the Toamasina district on the East Coast from Sept. 2013 to June 2014, making additional nets available to those who needed them, when they needed them.

The Institut Pasteur researchers found that for the first year after a mass campaign in Madagascar, almost none of the three dozen health centers where data was collected reported a malaria alert. In year two, 43 percent of sites had alerts, while in the third year, 68.5 percent of the sites reported alerts. Alerts were triggered when the sites experienced a substantial increase in malaria cases for three weeks straight.

The exception was in Toamasina, where replacement nets were available to community members. The number of weekly malaria cases decreased by 14 percent when continuous distribution was available. By contrast, those sites without continuous distribution saw a 12 percent increase in malaria over the same period. (Following the Toamasina success, the program was scaled up to additional districts. Continuous community distribution will be in place in 20 districts in Madagascar by the end of this year.)

“Nets wear out,” Koenker says. “We were hoping there would be no impact on transmission, but now we see that we can’t just keep doing what we have been doing. This study tells us we need these types of continuous net channels to ensure people can access nets that work, year after year. Now, the question is: What is the most efficient way to maintain high access?”

“More is More: Are We Delivering Enough LLINs?” was written by Hannah Koenker.