She was a member of the Little Rock Nine, nine teens selected to desegregate Central High School in Arkansas in 1957 after Brown v. Board of Education decision 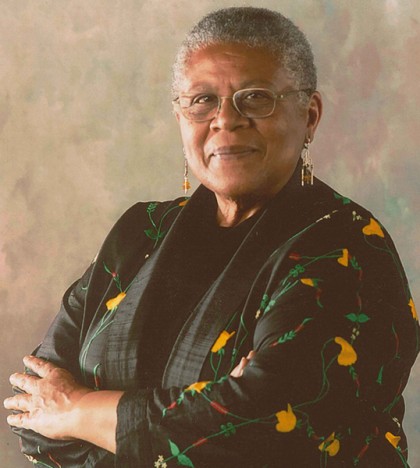 Brown Trickey was barely 16 when she was catapulted to the forefront of the civil rights movement as one of nine African-American students selected to attend Central High following the Brown v. Board of Education Supreme Court decision of 1954. The students were prevented from attending their first day of classes because the Arkansas National Guard, deployed by Gov. Orval Faubus, formed a blockade around the school. Days later, President Dwight Eisenhower intervened by ordering the 101st Airborne Division to escort the teenagers past the angry mob of protesters who had assembled.

During the school year, the Little Rock Nine were subjected to harassment and physical abuse by their white classmates. Brown Trickey, who was taunted, assaulted, and suspended twice, eventually transferred out of Central High.

In 1999, the Little Rock Nine were presented with the Congressional Gold Medal, the highest civilian honor given by Congress. That same year, Brown Trickey was appointed by President Bill Clinton as deputy assistant secretary of the Department of the Interior responsible for diversity, a position she held until 2001.

At Johns Hopkins, Brown Trickey will share her memories and reflections of the standoff at Little Rock Central High and discuss her advocacy for anti-racism, nonviolence, and social justice.

The Martin Luther King Jr. Commemoration, now in its 36th year, was founded by Levi Watkins Jr., the first black chief resident of cardiac surgery at Johns Hopkins Hospital. He made medical history by implanting the first automatic heart defibrillator in a patient in 1980. A dedicated civil rights advocate, Watkins—who died in 2015 at age 70—founded the event to celebrate the legacy of Martin Luther King Jr. and the spirit of service at Johns Hopkins. Past speakers at the MLK event include Maya Angelou, Stevie Wonder, James Earl Jones, Bishop Desmond Tutu, Rosa Parks, and Coretta Scott King.

Eight recipients of the 2017 Martin Luther King Jr. Community Service Awards, which recognize outstanding contributions to assist people in need, will be honored at the event. The program also includes remarks by Paul B. Rothman, dean of the medical faculty and CEO of Johns Hopkins Medicine; Ronald R. Peterson, president emeritus of the Johns Hopkins Health System; and Redonda G. Miller, president of Johns Hopkins Hospital.

The commemoration will take place from noon to 1:30 p.m. on Friday, Jan. 19, in the Turner Auditorium on the Johns Hopkins East Baltimore campus. A live webcast of the event will be available online.