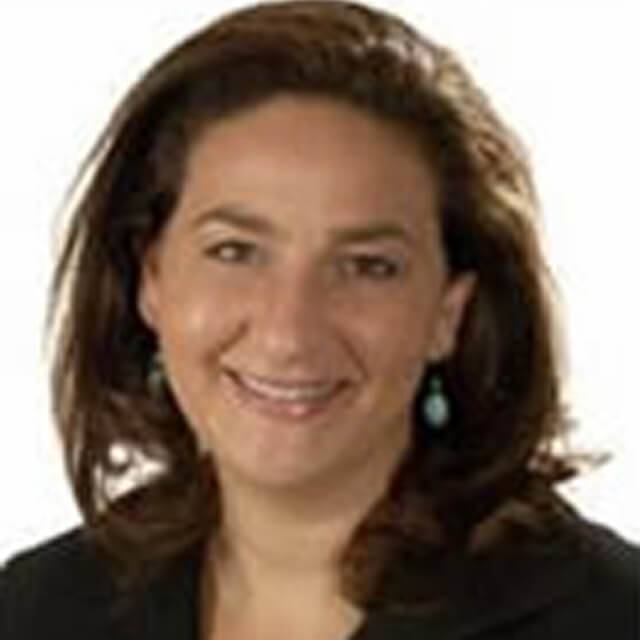 Dehydration is common after a stroke and there is increasing evidence that patients who are dehydrated have worse outcomes. Mona Bahouth is working on a wearable sensor that can monitor hydration levels and help patients actively rehydrate even after they leave the hospital. 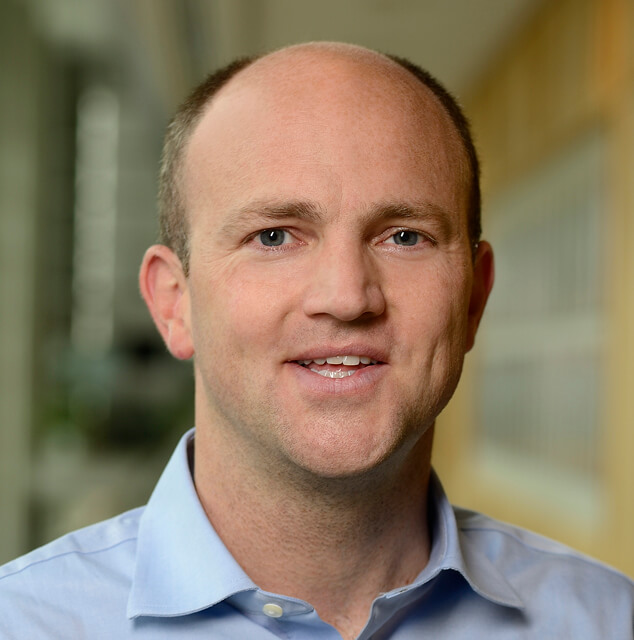 Characterization of novel cell populations in the synovial joint

By sequencing RNAs from single cells isolated from mouse knees, Patrick Cahan has identified what looks like stem cells with different potentials for tissue regeneration and repair. Further characterization of these cells could lead to new ways to prevent, slow or reverse osteoarthritis.

Neuromas commonly develop at amputation sites or in conjunction with severe nerve injury and are the result of multiple failed nerve regeneration attempts. Ahmet Hoke is testing a number of biomaterials and small molecules that inhibit axon regeneration in hopes of preventing neuroma formation and subsequent pain or discomfort. 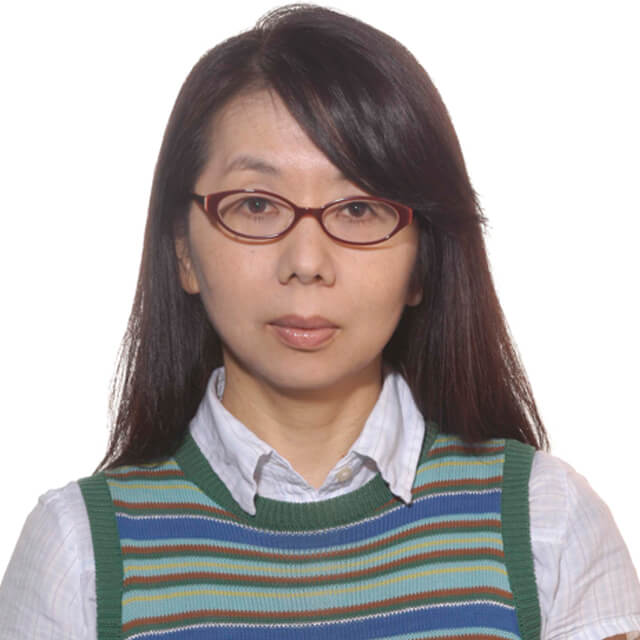 Drug treatment of bipolar disorder can generate changes in the patient which are difficult to study as blood samples do not accurately reflect changes in brain transcription. It turns out the olfactory neural epithelium does more accurately reflect brain tissue molecular profiles and Koko Ishizuka is refining a single cell analysis of cells collected by nasal brush to identify biomarkers that indicate so-called state changes resulting from drug treatment. 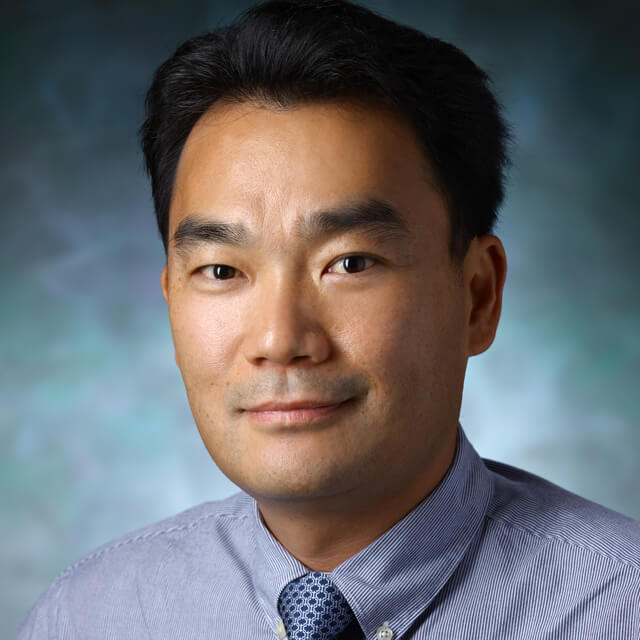 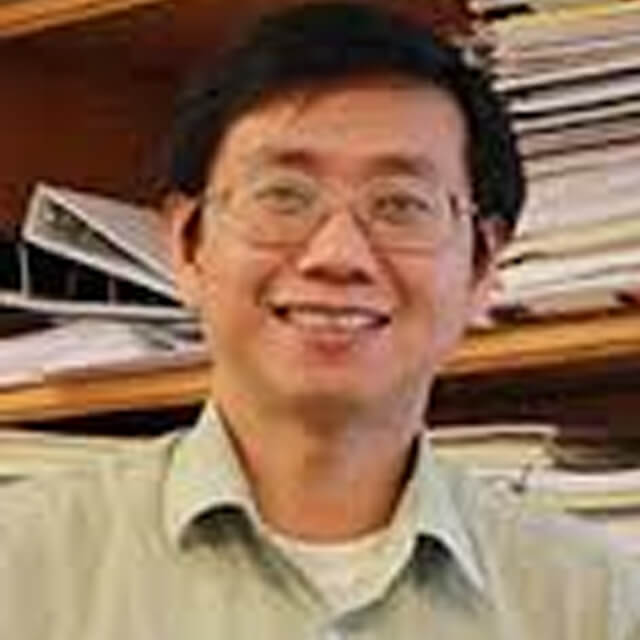 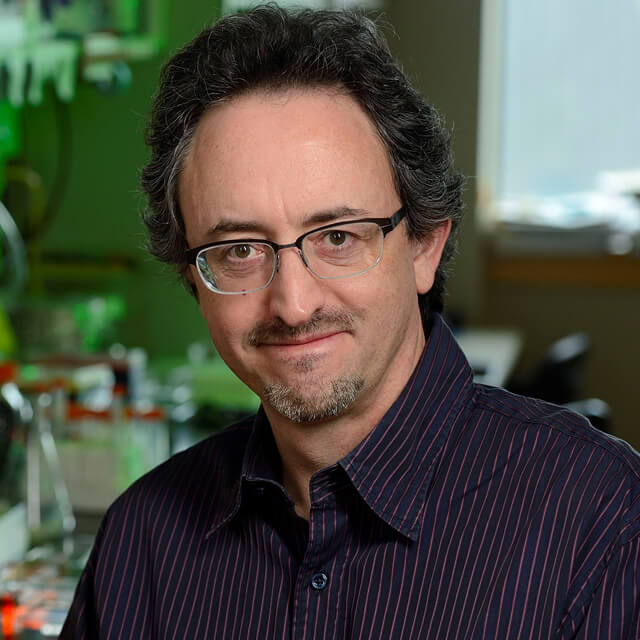 A Functional Pilot Screen for Determinants of Cell-Type-Specific Oncogenesis

CARD11 is a scaffold protein required for signaling during the adaptive immune response. Gain-of-function CARD11 mutations are found in 10 percent of non-Hodgkin lymphomas. Joel Pomerantz is conducting a genome-wide CRISPR/Cas-9 screen to identify genes that, when inactivated, will allow a gain-of-function CARD11 to increase T and NK cell proliferation. The results will uncover why some cell types are resistant to transformative effects of oncogenic CARD11.

Mitral valve prolapse (MVP) results from the accumulation of glycosaminoglycans in the valve, which leads to loss of mechanical integrity. Women are far more likely to develop MVP than men, but how to slow or stop MVP from developing is not yet clear. Rosanne Rouf is using a mouse model to test whether disrupting a protective angiotensin pathway can slow MVP progression. 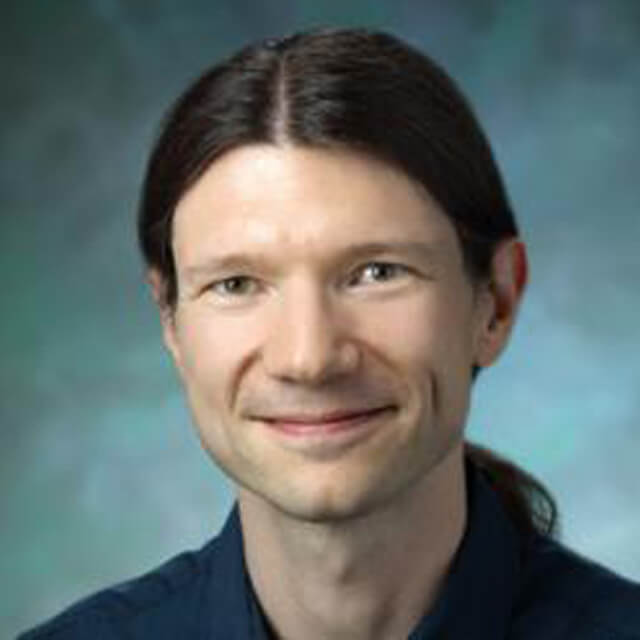 One by One: Decoding the Mechanism Underlying Catalysis Inside the Cell

Rhomboid-family intramembrane proteases are the fastest diffusing multi-spanning membrane proteins ever studied. Sin Urban is nano-fabricating supported lipid bilayers to study protease-substrate interactions on the single-molecule level to better understand how these proteases move so quickly and why they do so. 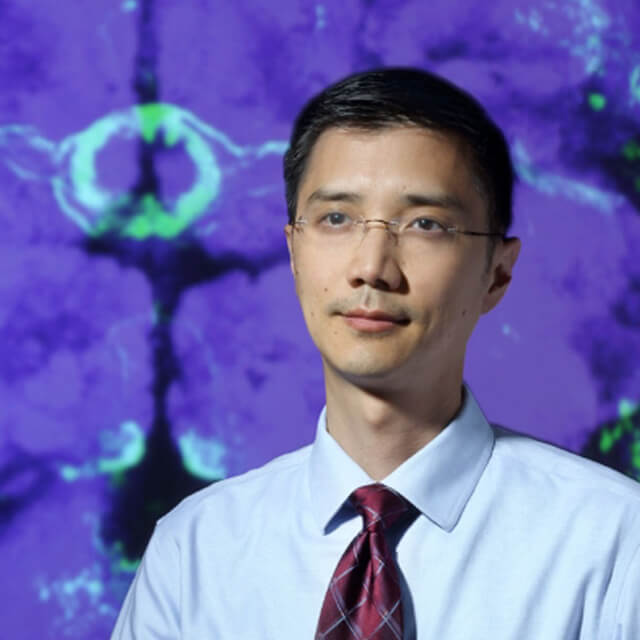 While much is known about how hunger and feeding behaviors are regulated, little is known about the hunger for specific macromolecules like protein. Mark Wu recently identified in fruit flies the first known neural circuit encoding protein hunger, which is based on two dopaminergic neurons. He is using flies and mice to study the molecular, genetic and physiologic pathways underlying protein hunger. 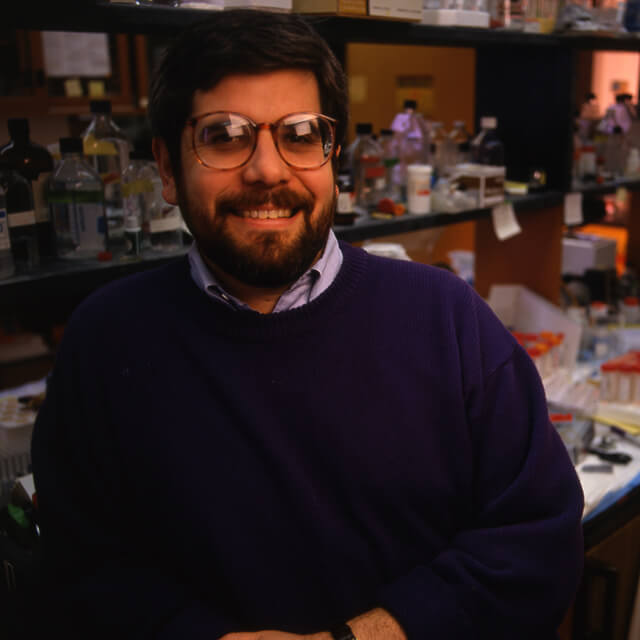 One of the most common microRNAs in aortic smooth muscle in mice has been shown to minimize the stiffening of the aorta, which in aged people can lead to increased pressure, systolic hypertension and other problems. Jay Baraban has identified an RNAse that may be able to protect mice from developing aortic stiffness and is looking to develop drugs that may be able to prevent or reverse aortic stiffness.

Baraban will be collaborating with Samarjit (Sam) Das and Dan Berkowitz. 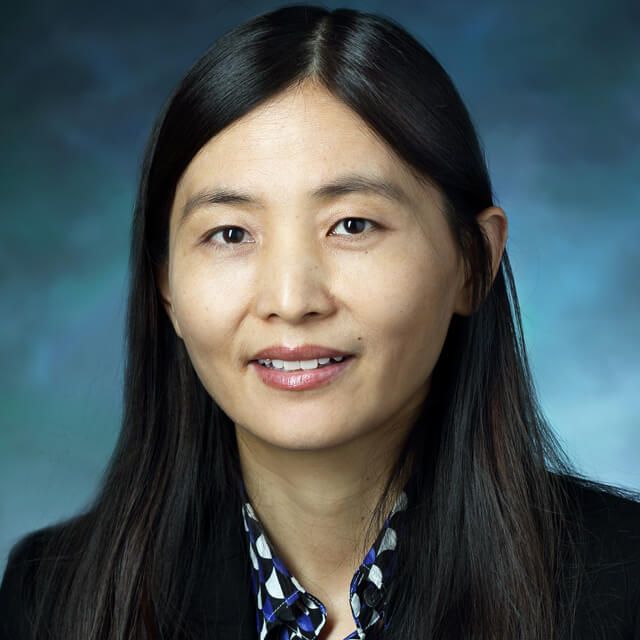 The challenge of visualizing transplanted islet cells was overcome by encapsulating cells with alginate. However, alginate can cause an immune reaction that leads to fibrotic overgrowth and death of the encapsulated cells. Yingli Fu proposes that in situ 3D printed biocompatible alginate-fibrin capsules will lead to better cell survival.

Fu will be collaborating with Peter Searson. 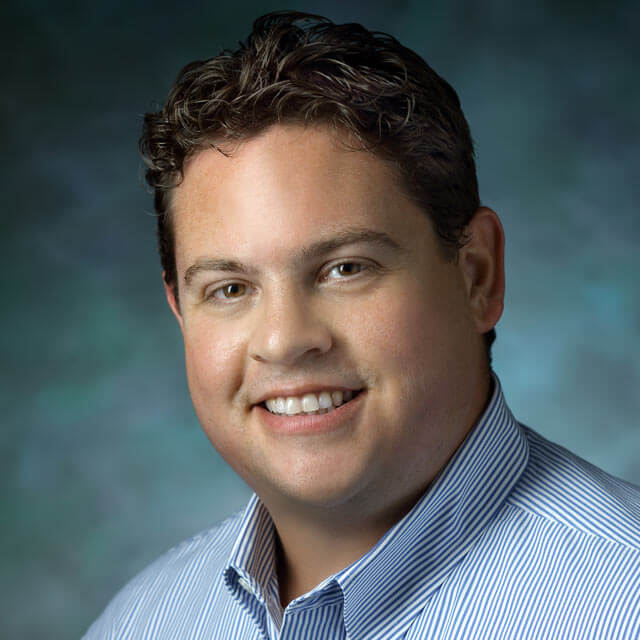 Using single cell RNA sequencing to understand the regulatory networks involved in cell fate specification in the developing mammalian retina, Loyal Goff and colleagues aim to improve on and extend the CoGAPS (coordinated gene activity in pattern sets) Bayesian algorithm. Until now, CoGAPS has been used only to study cancer genomics, but they aim to apply it to large RNA-seq data sets to order developmental pathways. 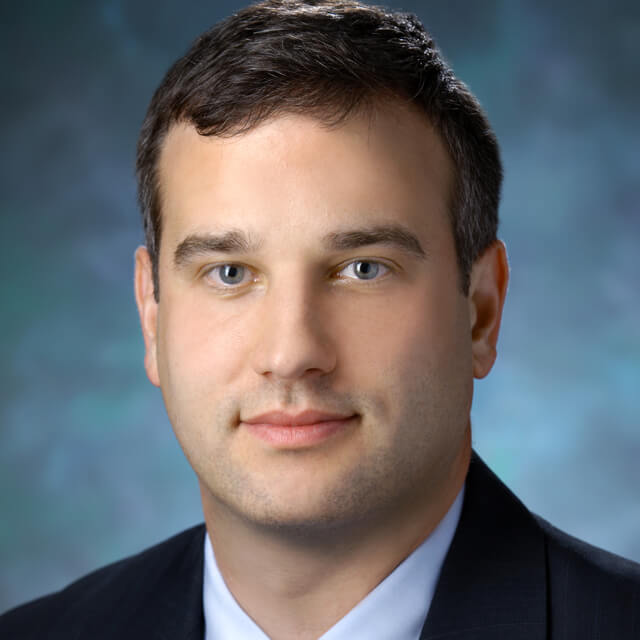 Radioisotopes have been successfully used to prevent biofilms from forming on undersea windows. Eric Jackson and colleagues aim to show that the same approach can be taken to prevent unwanted cells from attaching to implantable medical devices. This could prevent bacteria from attaching to shunts and blocking them and causing need for replacement.

Jackson will be collaborating with Stergios Papadakis and Carolyn Harris. 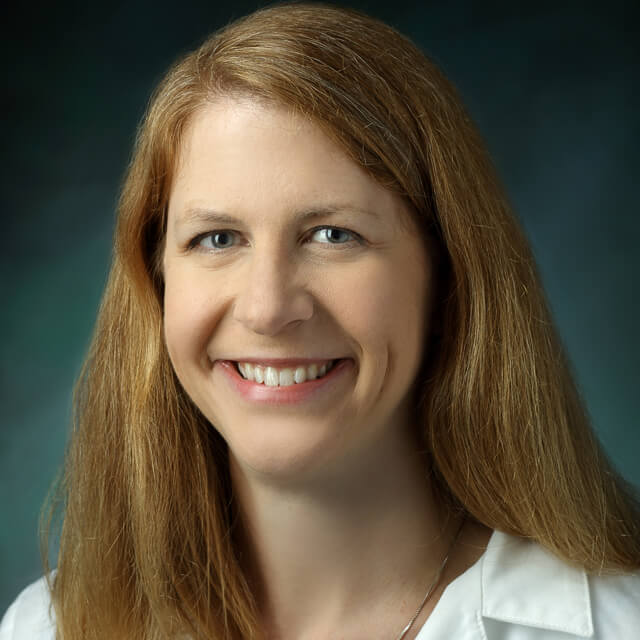 One long-standing challenge in the study of epilepsy is the inability to map seizure onset zones from scalp EEG readings. Emily Johnson is building a model of seizure propagation that takes advantage of the dynamic relationships between EEG signals and thus provides more information about seizure origin.

Johnson will be collaborating with Archana Venkataraman. 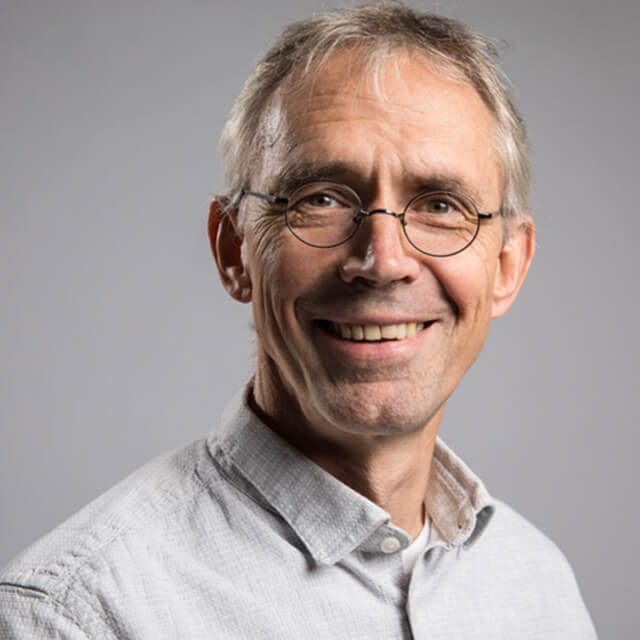 Progenitor Cell Diversity and the Evolution of the Mammalian Neocortex

Classical neurogenesis models state that the diversity of cells in the brain results from a single type of progenitor. Recently, however, many specific progenitor cells that can only give rise to cells of certain fates have been identified in the mouse neocortex. Ulrich Mueller is using ferrets to establish a new model system to study neocortex development with hopes to someday understand how microcephaly, autism and schizophrenia arise.

Mueller will be collaborating with Kristina Nielsen.

Classic behavioral testing of animal models of neurological disease is subject to much variation due to lack of standardization of how animals are handled, for example. Alena Savonenko aims to overcome this by developing a cage system in which animals can be tested in their “home” environment without any handling and data can be collected and analyzed in a high-throughput fashion. 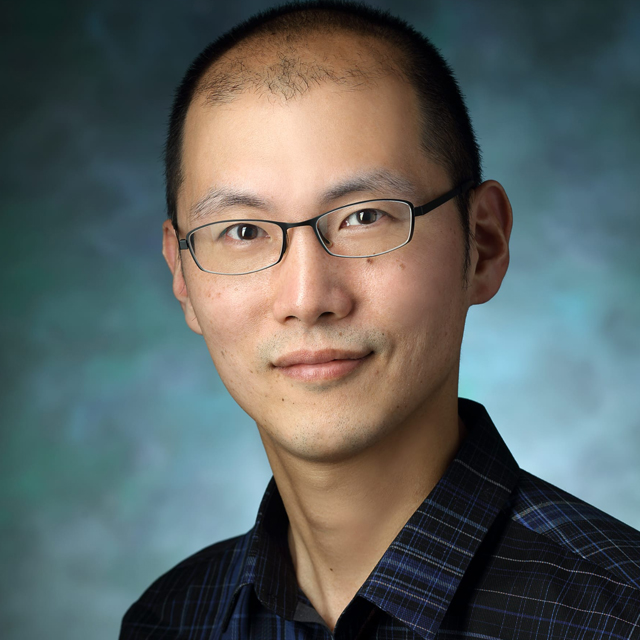 Two critical components of the innate immune system, when misregulated can lead to disease states including lupus and arthritis. Jungsan Sohn is performing a high-throughput screen to identify small molecule inhibitors of these two pathways—cyclic GMP-AMP synthase and absent in melanoma 2.

Sohn will be collaborating with Michael Chattergoon.

The most common cause of ALS and FTD is a hexanucleotide repeat expansion in the non-coding area of the C9orf72 gene. Shuying Sun aims to better understand the properties of repeat-containing mRNAs and how they are translated. This may reveal a better understanding of how neuronal degeneration arises.

Sun will be collaborating with Bin Wu.