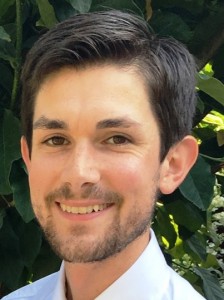 Chris Hackett, M.A. graduated with a B.S. in psychology from the University of Pittsburgh in 2008. After taking a short break from academia and research, he renewed his love of research and refined his interests while assisting with research in the Department of Neurology at Allegheny General Hospital (AGH) in Pittsburgh, Pennsylvania.  Through his experience in working in the Department of Neurology at AGH, Chris learned a number of skills related to the coordination of clinical trials.  Additionally, he was able to assist with investigator initiated research and present and publish a few studies related to multiple sclerosis and stroke.  Although he enjoyed his current work, Chris wanted to pursue higher education, learn about functional MRI research and revisit his roots in psychology.  Therefore, in Fall 2014 he decided to pursue a doctoral degree in experimental psychology with a concentration in cognitive neuroscience.  He was successful in his graduate program but he ultimately decided that his true research interests were more medical, than psychological and thus he decided to leave the program.  Chris passed his oral comprehensive exam and defended his thesis concerning the semantic representation of duration using fMRI in July 2016.  He graduated with a Master’s in Arts in experimental psychology from the University of South Carolina in August 2016.  In July 2016 Chris decided to return to medical research and extend his knowledge by working as a Lead Research Coordinator in the Department of Oncology, Division of Radiation Oncology at Allegheny Health Network (AHN). Currently, he serves as a Lead Coordinator for Radiation Oncology and Neuro-Oncology trials at AHN as well as a Network Coordinator for studies involving the Johns Hopkins Clinical Research Network and AHN.