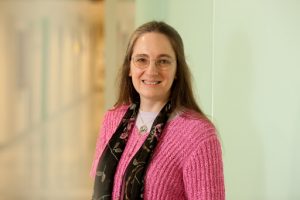 Dr. Bandeen-Roche began her career at Cornell University as a Teaching Assistant in Operations Research and Industrial Engineering (1985 1990). During that time (1987), she also worked as a statistician for the Laboratory of Statistical Methodology, Division of Computer Research and Technology, National Institutes of Health.

Dr. Bandeen-Roche is the recipient of numerous awards and fellowships. In 2010, she received the Golden Apple Award for Excellence in Teaching, and the Advising, Mentoring, and Teaching Recognition Award (which award she also won in 2001 and 2005) at the Johns Hopkins Bloomberg School of Public Health.

Dr. Bandeen-Roche has been a Statistical Consultant to the Journal of Gerontology: Medical Sciences since 2006. She served as Associate Editor of Biometrics from 2002 to 2005, and Associate Editor of the Journal of the American Statistical Association from 2002-2003. Dr. Bandeen-Roche is published in more than 120 peer-reviewed research articles. She has presented in nearly 90 invited lectures, and participated in numerous other lectures related to her research interests.

From 2006 to 2008, she held the role of chair of the Biostatistical and Research Design Study Section at the National Institutes of Health from 2006 to 2008. She has also served as chair of the Biometrics Section of the American Statistical Association in 2006. Most recently she has been elected President of the International Biometric Society/ Eastern North American region for a 2012 term.

In 1999, Dr. Bandeen-Roche was the recipient of the Garland Clay Award from the American Academy of Optometry for co-authoring flagship journals most cited paper in the preceding five years. Fellowships include those with the American Statistical Association (2001) and as a Brookdale National Fellow, for Outstanding Research on Aging (1997). In 1987, she received a Citation in Recognition and Appreciation of Special Achievement from the U.S. Department of Health and Human Services, National Institutes of Health.